JASON Perkins is rooting for his Phoenix Super LPG teammate Justin Chua to win the Most Improved Player award in the 2020 PBA bubble.

Both Perkins and Chua were nominated for the award after their showing for the Fuel Masters in the PBA Philippine Cup last year. Perkins though feels that Chua deserves the award more with the hardwork he has put in over the past years.

“I think my Ahia (brother) Justin should win it,” said Perkins. “I’ve been around with him for three years now, saw him in Ateneo, hopping around team to team in the PBA. He works relentlessly and is a great teammate.”

Perkins thinks that his nomination for the MIP also has something to do with Chua’s play as he is a constant presence to his teammates.

“I actually think he even played a big role in my maturity on the court. He makes his teammates better and uplifts everyone. From where he came from and what he’s done, if that’s not the epitome of improvement I don’t know what is. What he did this year, (and) in the bubble pa deserves to be recognized,” said Perkins. 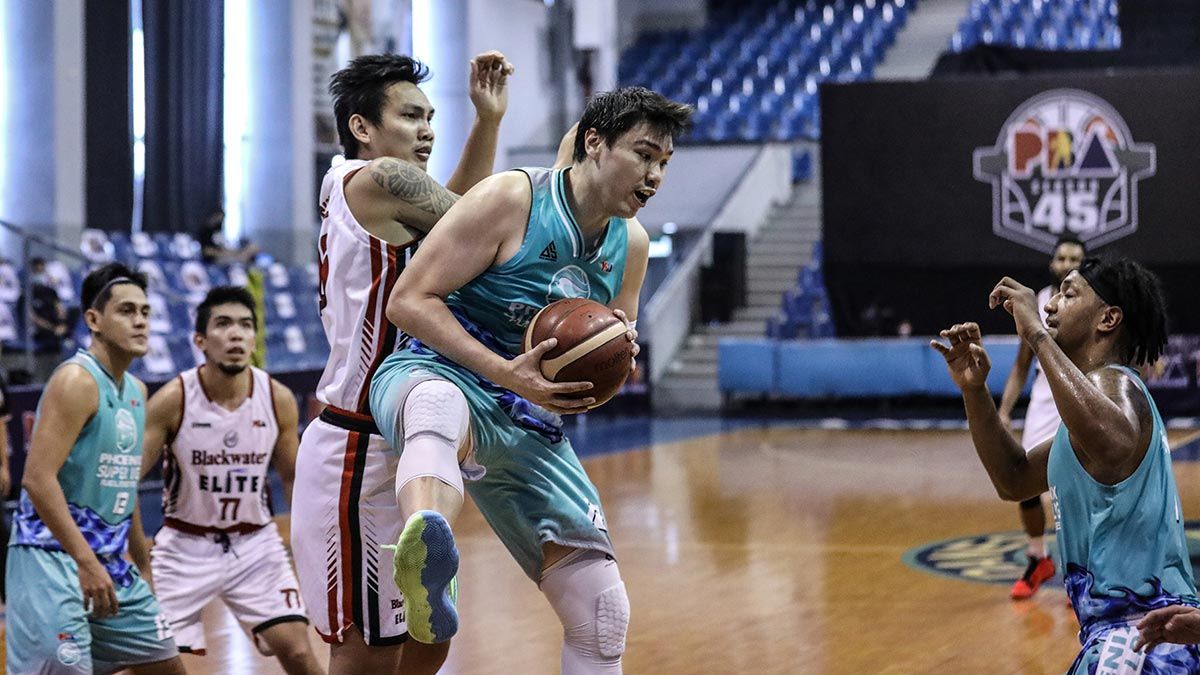 The former La Salle standout said it will still be an honor to capture the Most Improved Player award but “I’d probably cross out my name with a marker and write Justin ‘The Great Wall of’ Chua on it then Grab deliver it to him.”

There is no doubt, though, that Perkins deserves the nomination. During the bubble, Perkins also showed outstanding numbers as he posted 19.09 points, 9.45 rebounds, and 2.27 assists during the eliminations. Finishing with 10.5 points, 6.5 rebounds, and 1.4 assists during the entire 2019 season, Perkins, aside from the Most Improved Player trophy, is even in the running for the Outstanding Five award, the de facto Mythical Five plum in the bubble.

“I didn’t expect any nomination,” Perkins said. “I rarely go on social media so I never have a clue what’s going on. I found out in an interview with Matt (Wright) but had no feelings towards it because I don’t want it.”

Perkins also poked fun about his nomination saying, “it’s nice to know that all the countless hours I spent working, strategizing and racking up triple kills in Mobile Legends didn’t ultimately hurt me in the long run.”

“There’s a very little piece of me that doesn’t want to win anything so on Zoom, the whole Philippines doesn’t see the bodacious dad bod I got coming out of the bubble,” said Perkins in jest, referring to the awards ceremony set this Sunday.

Turning serious, Perkins said a recognition be a “cool” accomplishment for his 2020 season, but winning an award is not his ultimate goal.

“It would be nice naman but I don’t get too emotional or wrapped up in rewards and accolades, I just commit to the process then whatever happens, happens. Mythical Five would be cool though.”
___