SMART CLARK GIGA CITY – Although hard on himself, Jason Perkins is not about to dwell too much on the costly free throw he missed in the opener of Phoenix’s semifinals series against TnT Tropang Giga in the PBA Philippine Cup.

The third-year forward said he’s already moved on from the sorry blunder and is now focused on Friday’s Game Two at the Angeles University Foundation gym.

Perkins missed the front-end of his free throws with seven seconds left that could have sent into overtime Game 1 of the series, which the Tropang Giga won, 95-92.

“With the playoffs, you should probably have a short memory because you have to be serious with the other next games,” said the 2018 Rookie of the Year. “And I’m doing my team a disservice if I’m getting caught up with my own mistake.” 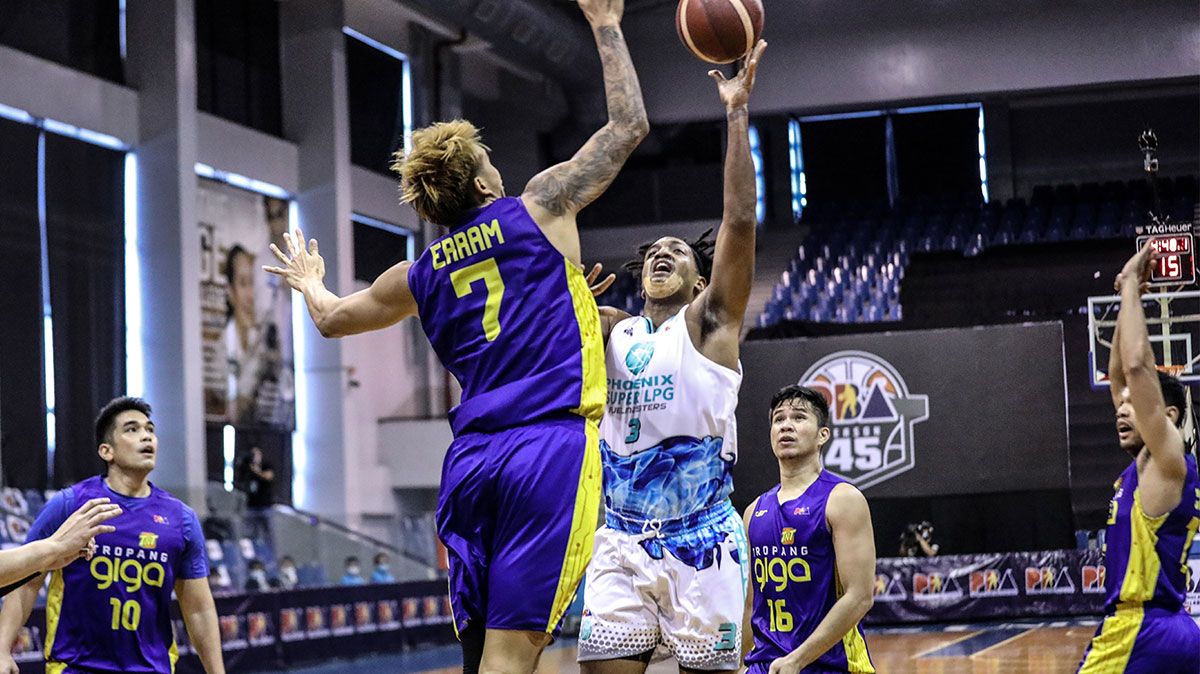 Coach Topex Robinson also comforted Perkins in the Fuel Masters locker room as the big man out of De La Salle was hard on himself following the bungled free throw.

“I told him to let it go. There’s nothing you can do about that,” said the Phoenix coach. “What’s important is the next game, so we have to go on to the next one.”

Perkins was sent to the line by TnT guard Bobby Ray Parks in the dying seconds of the game, and Phoenix trailing, 91-93. He missed the first free throw, but converted the second before Jayson Castro hit of his own at the other end to secure the win for the Tropang Giga.

“I walked to the line really confident,” said Perkins. “But it’s OK. It happens. There’s nothing else you can do. I’m only human.”

It was the only two free throws attempted by Perkins during the game.

In all, the 6-foot-4 forward again had a good all-around performance for the Fuel Masters with 15 points, 10 rebounds, and three assists despite getting stitched up for a deep cut he suffered under the chin early in the second half.

Perkins didn’t make the cut – which needed five to 10 stitches to close – an excuse for affecting the way he played the rest of the game.