ANTIPOLO – Pido Jarencio understands the need to hike the winning margin at endgame especially with the PBA Philippine Cup being played under a quotient format.

But to call a timeout with the outcome of the game already in the bag and do nothing to score is something he wouldn’t just let pass by.

See Vanguardia apologizes to Jarencio for timeout, cries foul over remarks about mom

“Ano ba ang purpose ng timeout? Di ba para mag-shoot,” the NorthPort coach said as he explained his side on the endgame commotion between him and Blackwater counterpart Ariel Vanguardia that marred their game on Saturday at the Ynares Center.

The controversy came in the final six seconds and the Bossing ahead, 97-90, when Vanguardia opted to call a timeout as they have ball possession.

Jarencio understood the initial move as it had been agreed upon during the coaches’ meeting that teams can call a timeout in such situation since the quotient system will be applied at the end of the eliminations, especially among teams in the lower half of the standings.

But to the surprise of the NorthPort coaching staff, the Bossing didn’t call a play nor attempted to make a shot, infuriating Jarencio at the buzzer and led him to confront Vanguardia at center court during the traditional handshake between the two teams. 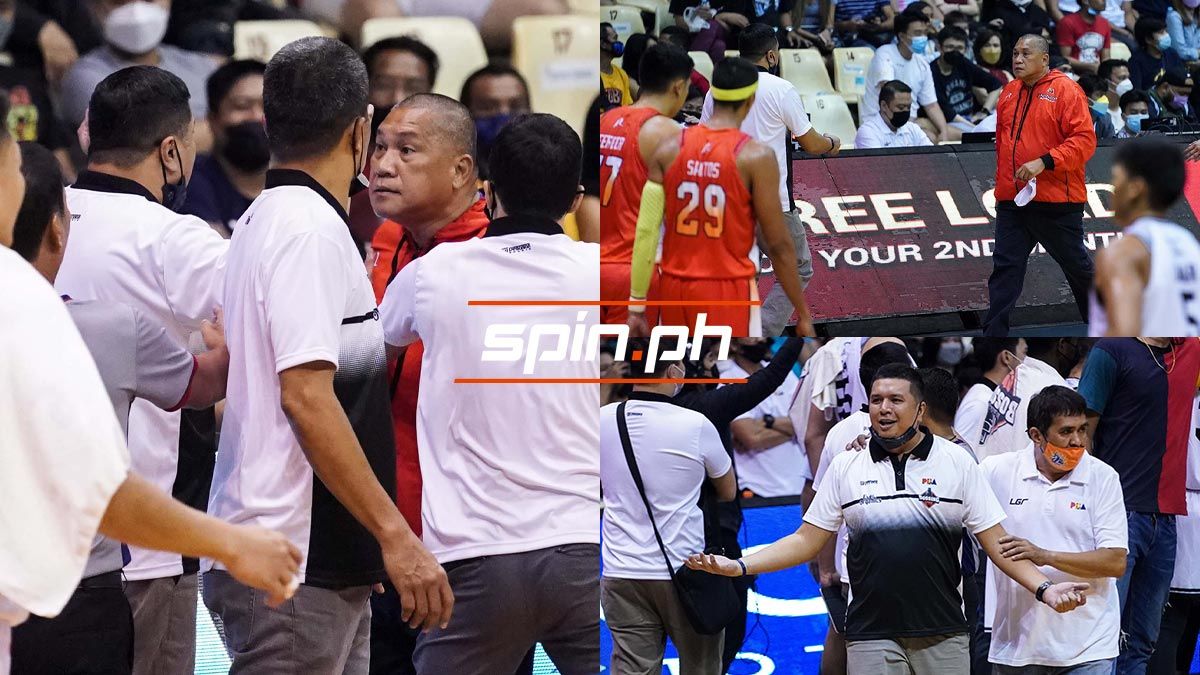 Vanguardia explained the Bossing would have wanted very much to score, but had no opportunity to do so.

“I had to do what I have to do. Gusto ko rin umiskor, pero walang opportunity,” said Vanguardia about the final play that ended with McCarthy just holding on to the basketball.

Jarencio revealed what he told Vanguardia shortly after the game.

The loss was the second straight for the Batang Pier who evened their record at 2-2.