REMEMBER Prince Ibeh, the 6-foot-10 import who suited up for NorthPort during the 2019 PBA Commissioner’s Cup.

Coach Pido Jarencio hopes to turn Greg Slaughter into a presence as formidable as Ibeh – or even better – following the franchise’s success with the 26-year-old British pro player two years ago.

Jarencio vividly remembered how the Batang Pier finished as the No. 2 seed entering the playoffs with Ibeh manning the frontcourt.

It was also during that time when the team traded top scorer Stanley Pringle to Barangay Ginebra for the trio of Kevin Ferrer, Jervy Cruz, and Sol Mercado.

“Nag No. 2 kami that conference because of Ibeh,” Jarencio recalled. 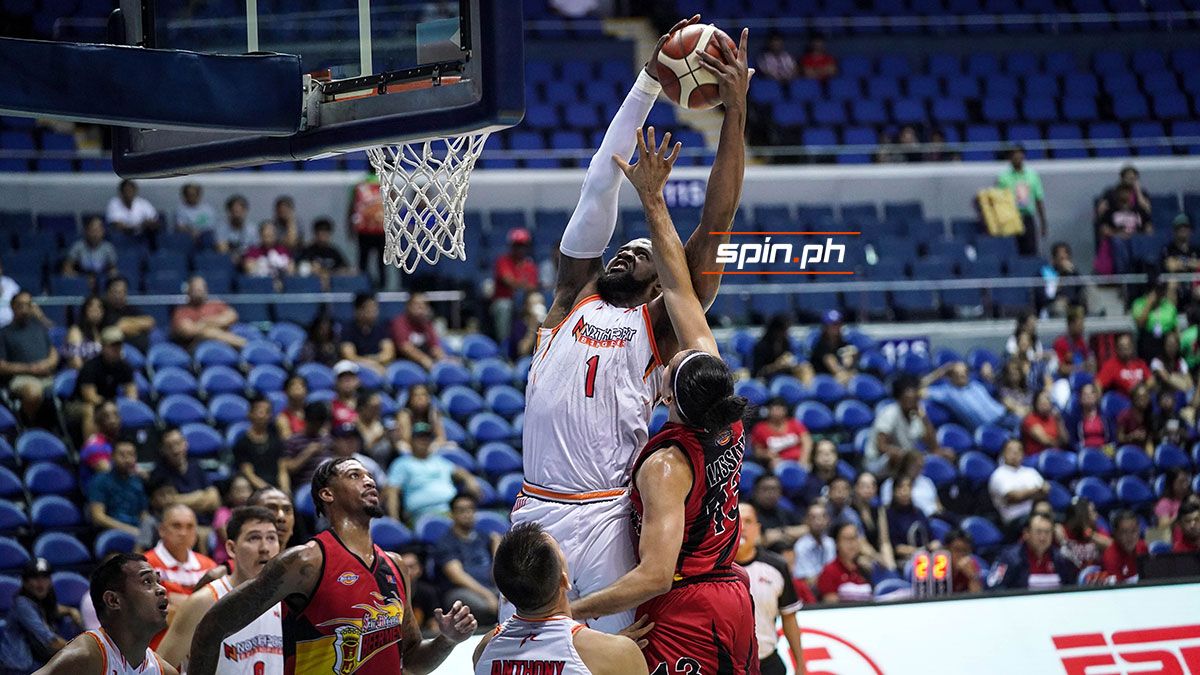 “Si Ibeh, hindi naman sumu-shoot yan sa labas, hindi sumu-shoot sa free throw, pero yung inside presence nandun. He can intimidate, he can dominate inside, nobody can stop him,” said the NorthPort coach.

Unfortunately, NorthPort failed to go deep in the playoffs with Ibeh around.

Despite a twice-to-beat advantage as the second-seeded team, the Batang Pier lost back-to-back quarterfinal games to San Miguel Beer, bannered by import Chris McCullough. The Beermen went on to win the championship with an upset of the heavily favored Terrence Jones-led TnT Tropang Giga.

The former PBA player turned coach even went as far as his days with calling the shots for the University of Santo Tomas Tigers to stress the Slaughter comparison.

He remembered how his UST team struggled to defend its title in 2007 and the succeeding seasons because of the lack of a legitimate center, until he stumbled on 6-foot-7 Cameroonian Karim Abdul.

With Abdul on board, UST made the Final Four three times and was in the finals two consecutive seasons in 2012 and 2013, although it lost to Ateneo and De La Salle, respectively.

Slaughter’s height and offensive arsenal are two factors Jarencio believes would be a game-changer for the Batang Pier in the coming Philippine Cup.

He noted that while the Cleveland, Ohio native didn’t see action in the last bubble season, Slaughter went to the US and trained to become an even better player.

“Ang point ko, we needed a big guy who can dominate inside. And Greg is not a bad player,” he said of the 32-year-old big man acquired by the Batang Pier in a one-on-one trade with Barangay Ginebra for Christian Standhardinger.