CALASIAO, Pangasinan — Japeth Aguilar put on an aerial show for the fans as the North defeated the South, 185-170, on Sunday night in the highest-scoring PBA All-Star Game in league history.

The Barangay Ginebra high-flyer scored 32 points, most of which came from dunks to the delight of the soldout crowd at the Calasiao Sports Complex in the first-ever PBA All-Star Game held in this province.

The most entertaining highlight of the game came in the third quarter when Aguilar leaped over South All-Star’s June Mar Fajardo to give his team a 137-120 lead.

The North All-Stars never trailed in the game after Paul Lee and Marcio Lassiter hit back-to-back threes to start off the match and take a 51-25 lead at the end of the first quarter.
It later became the highest scoring All-Star Game in the history of the league.

Aguilar and Arwind Santos, who scored a team-high 34 points, were later named co-Most Valuable Players of the 2019 showpiece. 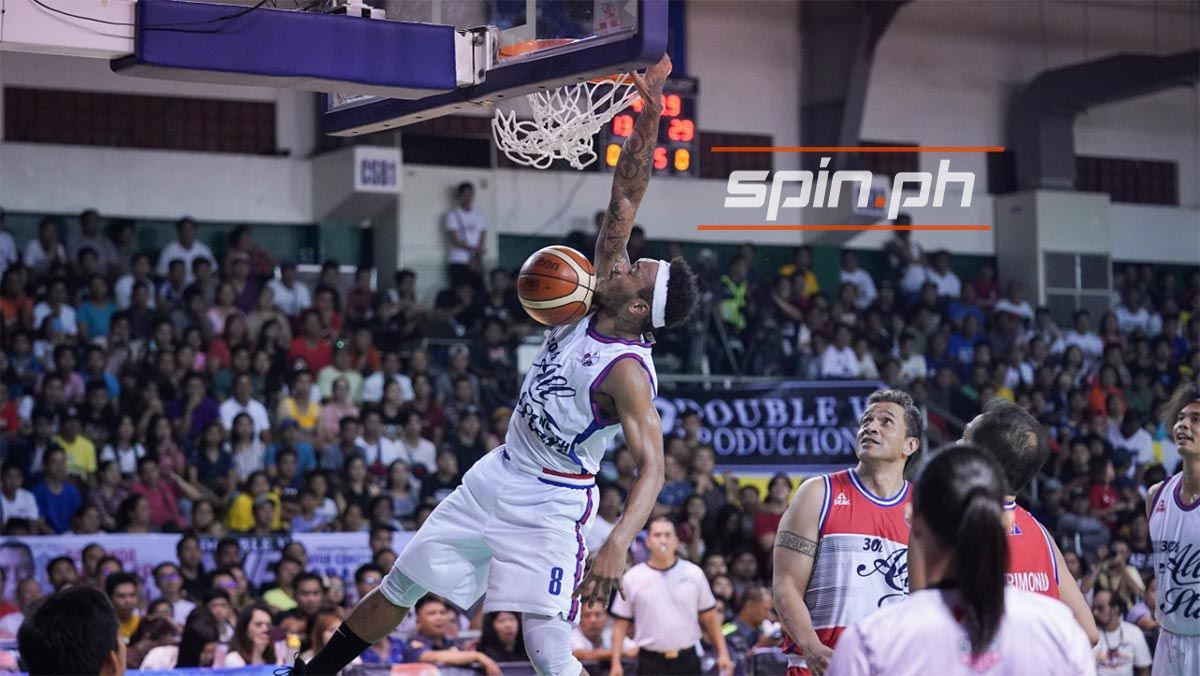 The two teams combined for 45 three-pointers, the most in history of the PBA All-Star Game, with Lee converting a game-high nine treys.

Santos also grabbed 17 rebounds while also entertaining the crowd with his ‘Spiderman dunk,’ a maneuver that has already been outlawed by the league in official games.

Lee pitched in 27 points while Alex Cabagnot added 18 points for the North All-Stars.

PJ Simon led the way with 34 points for the South All-Stars, who after trailing by as many as 27 points cut the deficit to two points, 92-90, on a triple by Mark Barroca.

But the North All-Stars answered with a 13-2 run to pull away for good.

Also seeing action in the All-Star game were PBA legends Benjie Paras and Ronnie Magsanoc for the North, and Alvin Patrimonio and Jerry Codinera for the South.

Meanwhile, 83 wheelchairs will be donated by promoter Double V Productions to the Alagang PBA Foundation for the 45 three-pointers and 38 dunks made in the annual showpiece.