While he has been working on getting his right elbow back to full strength, the Ginebra star doesn’t forget to strengthen the other parts of his body as he worked on his legs on Friday, putting in some gym work after the Gin Kings practice at Upper Deck.

The 6-foot-9 beanpole lifted weights along with model/beauty queen girlfriend Cassy Naidas at the gym on the far end of the building.

“Lower (extremities) lang, pampalakas,” Aguilar said in a short chat with a couple of scribes after his routine. “Para more endurance na rin.”

Naidas is not only a constant companion in rehab; Aguilar earlier bared in a tweet that the lovely model also drove him to the hospital after the freak accident in the Blackwater game. 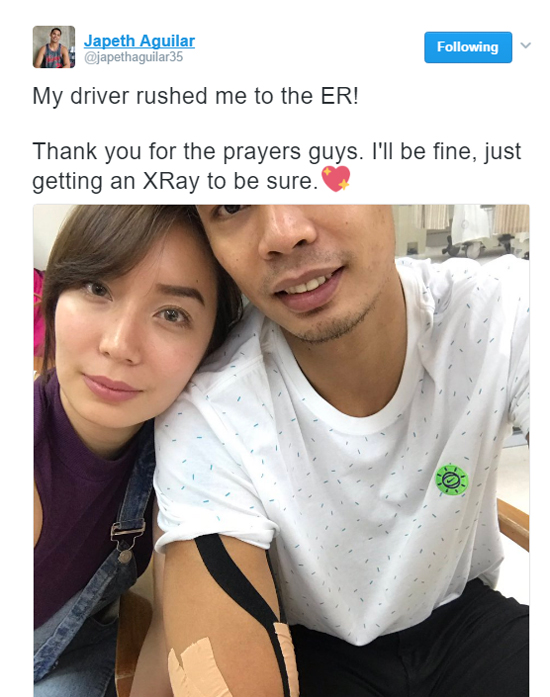 The Gilas Pilipinas mainstay returned to action against NLEX last Sunday in a game where he focused on the defensive end with his elbow yet fully recovered, tallying seven points, nine boards, and six blocks in 36 minutes in the 10-point win.

Aguilar’s elbow is expected to be near full strength against the Aces on Sunday in their quarterfinal matchup against Alaska.