JAMIE Malonzo put on a show to lead the NorthPort breakaway that led to a 104-84 victory over Terrafirma on Saturday in the 2021 PBA Philippine Cup at the Don Honorio Ventura State University gym.

Malonzo scored eight of his 14 points in a 33-point second-quarter explosion for the Batang Pier, including three dazzling dunks that set the stage for the team's second successive win in the league restart in Bacolor, Pampanga.

NorthPort is now 3-3 (win-loss) overall and 2-0 since team manager Bonnie Tan took over the coaching reins with Pido Jarencio and the rest of his staff undergoing quarantine. Jarencio admitted he tested positive for Covid-19.

The Batang Pier were also left without starting center Greg Slaughter, who was ejected early in the second quarter after a flagrant foul two infraction against the Dyip's Roosevelt Adams.

Malonzo, who was taken No. 2 in the last rookie draft, began the dunkfest with a windmill slam which he quickly followed with a two-hand slam that gave the Batang Pier a 49-31 lead. 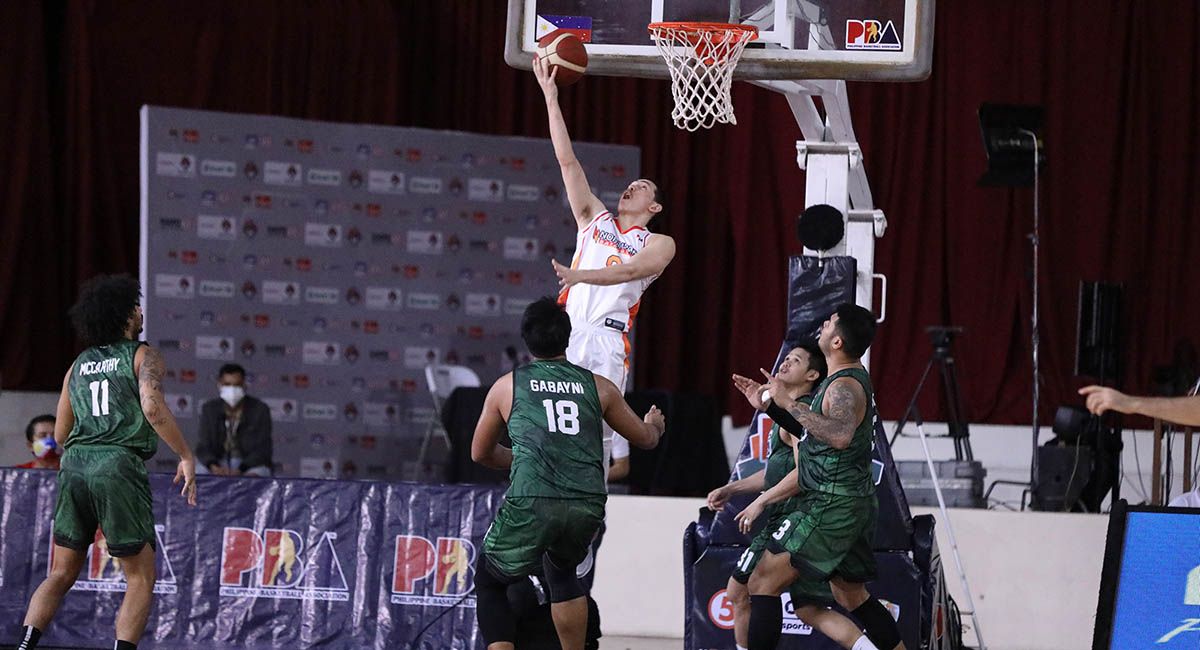 The former La Salle standout's third dunk of the quarter came in transition as the lead swelled to 55-33, the biggest gap in the first half.

The Batang Pier rookie actually had five dunks in the lopsided match, but also made contributions in other aspects of the game with his six rebounds and two steals.

The Dyip have now lost two straight games after stunning upsets over powerhouse squads San Miguel and Barangay Ginebra. They slipped to 3-6 overall.

Tan said he encouraged the players to just enjoy the game, its first of back-to-back games as they face NLEX on Sunday.

“Again, it’s on the coaches and coach Pido’s system. Wala kaming pagbabago. We are just dedicating the games to our coaches. Enjoy the game lang kami kasi dikit dikit ’yung game. I told my boys we’ll take the game one game at a time,” said Tan.

Garvo Lanete led NorthPort in scoring with 18 points on 4 of 6 from threes, while Robert Bolick added 15 points, six rebounds, and eight assists, including a lob pass to Malonzo for another slam in the third period.

Adams had 14 points, while Aldrech Ramos had 14 points and eight rebounds for the struggling Dyip, who missed Andreas Cahilig due to an ankle sprain sustained in their previous game against Phoenix.