JAMIE Malonzo and Arvin Tolentino came out highly-motivated when they faced their former ballclubs for the first time on Sunday in the PBA Commissioner’s Cup.

Malonzo came out firing for Barangay Ginebra in the game against NorthPort, coming away with 26 points, three rebounds, and two assists while shooting 9-of-18 from the field and hitting three treys in the Gin Kings' 122-105 win.

Tolentino refused to be outdone, scoring a team-high 24 points while nailing six threes. He also grabbed six rebounds in the defeat.

“I think I have a little more motivation in this game,” said Malonzo, drafted No. 2 overall by NorthPort during the 2020 draft who was later traded to Ginebra last September for Prince Caperal, a future first-round pick and Tolentino.

“Those are familiar faces. I just want to show a little bit of something to my old friends, old coaches, old management. Little extra motivation.”

The 27-year-old Tolentino shared the sentiment, although he was also happy to see familiar faces again with the team he played for for nearly two years. 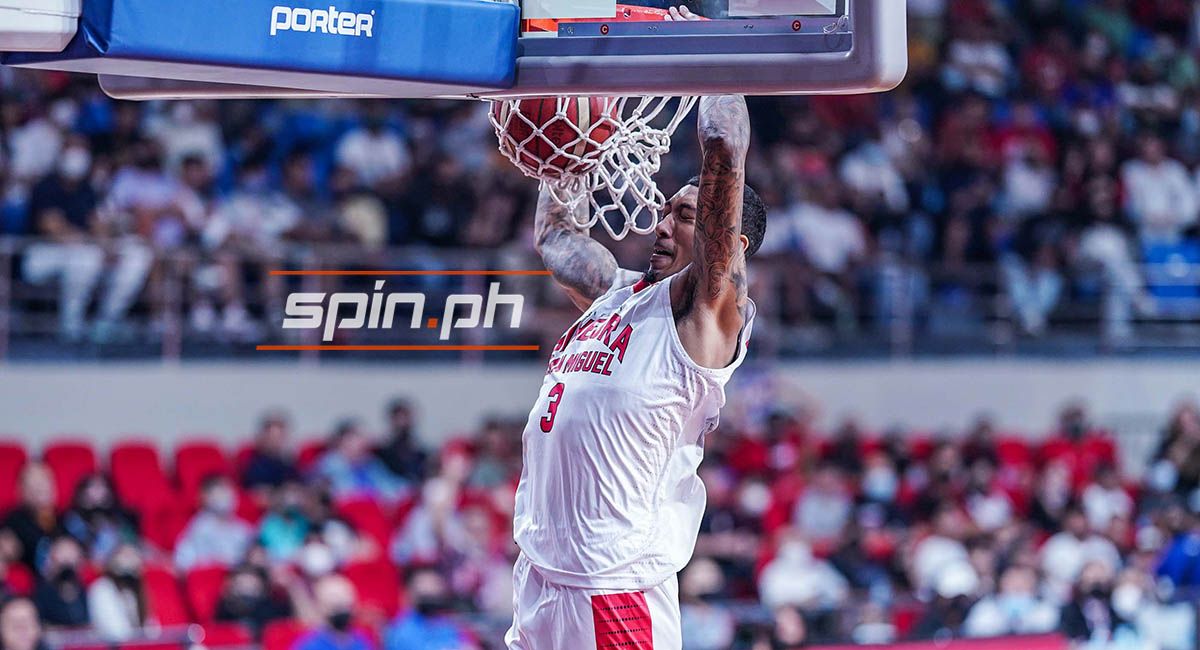 Ginebra coach Tim Cone said the added motivation was obvious not only for Malonzo but for Tolentino as well.

Aside from Tolentino, also playing for NorthPort were Jeff Chan, Caperal, and Kent Salado, who were also dealt from Ginebra in the lead-up to the Commissioner’s Cup.

“That’s such a natural thing for a player,” Cone said. “And I tell you, look at Arvin. Arvin was unbelievable tonight. And we got eight guys on the other side that played for us. And they were motivated, no doubt about it.

"We just kinda outlasted them. That’s a natural thing. If Jamie is not feeling that way, then he is kinda weird. He is like stone cold. It’s the same on both sides. Even from a coaching standpoint, you want to beat your ex-teams.”

Tolentino and Cone were able to talk briefly during the traditional post-game handshake.