JAMES Yap chose to stay quiet in the wake of a tirade by ex-wife Kris Aquino over his birthday message to their son, Bimby, last week.

Aquino blasted Yap for his Instagram post about missing their newly turned 11-year-old son after not seeing each other for so long, turning the tables on the PBA superstar who he labeled as a 'deadbeat dad' in a vicious post that went viral on social media.

Asked for a reaction on Tuesday at the end of Rain or Shine's practice, Yap politely declined comment, turning silent after animatedly talking about his recovery from a calf injury.

He opened up a bit in a separate interview with PEP.ph, saying he saw nothing wrong with his Instagram greeting for Bimby that triggered the Kris outburst.

The former University of the East star has been sidelined since late February, missing the last four games of the E-Painters’ campaign in the Philippine Cup, including two in the postseason.

But the two-time league MVP is back in harness, although taking part in just his fifth full practice.

Yap assured he will play in the team’s conference debut on Friday night against Alaska. 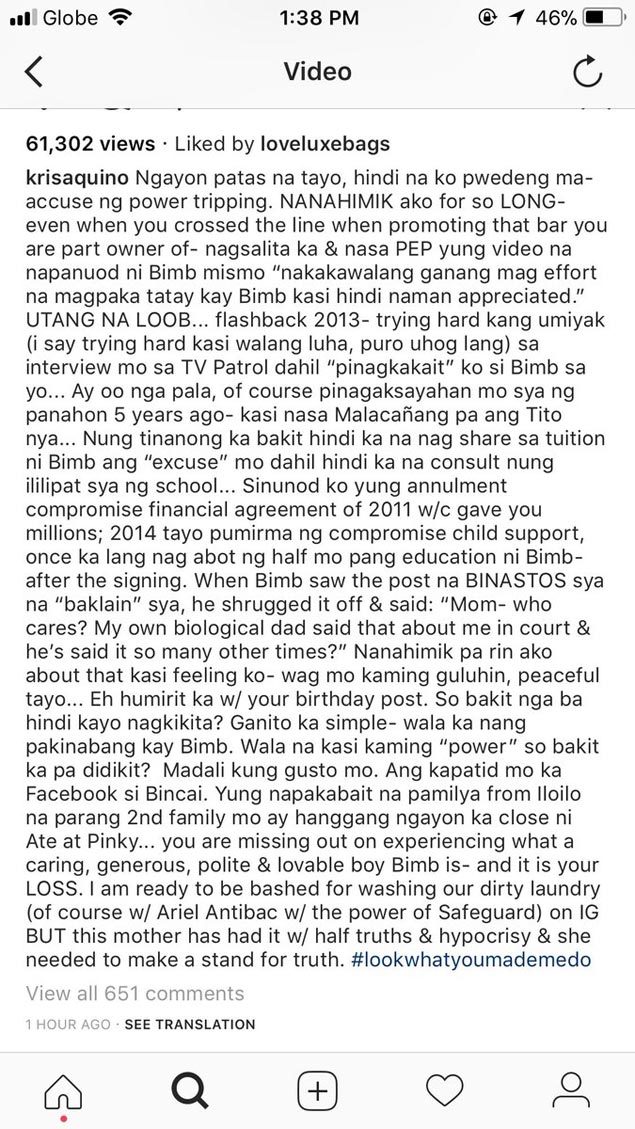