James Yap not asking for trade, says communication smooths out differences with Garcia

JAMES Yap has made it clear he's not asking to be traded by Rain or Shine.

The Rain or Shine star stressed he’s happy to be with his current team, reaffirming his support to coach Caloy Garcia in the face of reported trade demands by three of his teammates.

Raymon Almazan, Beau Belga, and Jericho Cruz, according to highly reliable SPIN.ph sources, are disenchanted over the way the team is being run and have requested to be shipped to other teams.

Yap has also had issues with Garcia, often about playing time, and most recently regarding confusion on who to sub late in the team’s stunning 98-94 loss to Kia two weeks ago.

But Yap has all taken those differences in stride.

Yap said he makes it a point to have a “heart-to-heart” talk with Garcia as soon as possible following disagreements during games.

And that’s also his advice to his teammates – if they indeed have differences with Garcia. 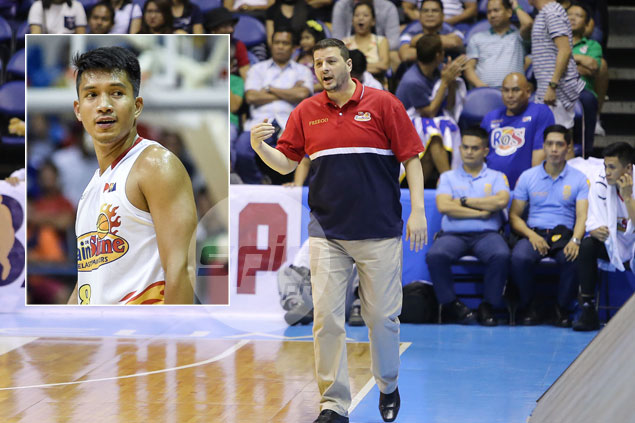 But so far, Yap believes the issue hasn’t affected the Elasto Painters ahead of their PBA Philippine Cup matchup against Meralco on Friday night at the Mall of Asia Arena.