SOME prospects may take offense on being branded as a project.

James Laput, though, is gladly taking that label to heart knowing all too well the hard path he needed to take just to be in this position.

"I'm 'The Project' and I will learn, develop, and use what I’m given to produce for the team that picks me," he said.

At 6-foot-10, Laput comes in as the tallest entrant in this year's PBA Rookie Draft.

Height is indeed might, yet the Fil-Aussie center acknowledged that teams looking at his resume may not really be blown from the onset.

Playing only 14 games for NCAA Division II school Young Harris College, Laput tried to prove himself in his one-and-done year in La Salle.

That campaign, however, was only limited in the first round, where he averaged 2.6 points and 3.0 rebounds, as he figured in a freak accident that led to a concussion and an abrupt end to his UAAP career back in 2019.

"My concussion at La Salle was a minor setback at the time. But make no mistake, it was minuscule and simply that, a concussion," he said. 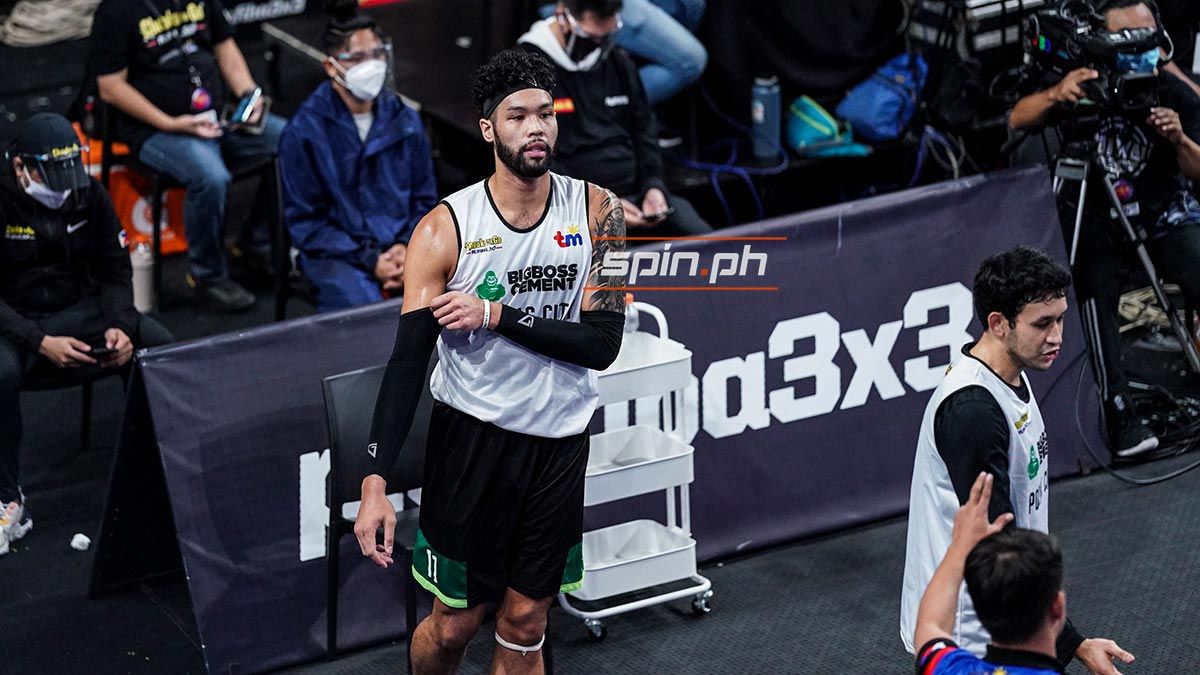 Laput has since been on a road to redemption, rebuilding his confidence first through the 3x3 circuit before finally making this leap to the pros.

Along the way, it also brought the 24-year-old beanpole a mentor in Dylan Ababou, a seven-year PBA veteran who was his teammate in Porac-Big Boss Cement in the Chooks-to-Go Pilipinas 3x3 league, who has only given him sound advice as he braces for this next step in his career.

"He always told me progress, not perfection. I remember those three words so vividly as he would tell me that everytime we had one-on-one together or had deep conversations," he recalled.

"I can tell that he has high hopes for me and, in the process, is just helping me stay grounded, never too high or too low."

That eagerness to learn is what Laput wants coaches and scouts to know about him -- a project so malleable that teams can bet on developing him to be their next great big man.

"Undoubtedly, I want to be drafted and to be given the opportunity to help my team. All the adversity and sacrifice up to this point, from myself and my loved ones, amounts to a moment like this. So an opportunity like the PBA Draft is without a doubt a moment I am looking forward to," he said.

Only time will tell if Laput indeed gets his shot at battling the league's elite big men, with some in his bucket list being six-time PBA MVP June Mar Fajardo, fellow San Miguel banger Mo Tautuaa, and comebacking Ginebra bruiser Greg Slaughter.

"Playing with or against each one of them would be an awesome opportunity that I will surely cherish," he said.

For now, all his focus is on proving himself worthy of an opportunity as the annual draft exercise nears.

"I feel that coming to the PBA, I am ready to take in all the learnings, advice and experience of my fellow teammates, veterans and coaches. I feel confident in my ability to grow and listen, so with that going into the PBA, my ceiling is high," he said.

"With the plethora of talented players and coaches, the availability to train on an elite level and the fact that this is it, I truly believe and I'm convinced that I can progress more as an individual in the PBA compared to the UAAP."
___