WITH his transfer to Barako Bull, former Barangay Ginebra guard James Forrester said he has one overriding motivation: 'Prove that I am not a wasted pick.'

Forrester made this vow to Spin.ph shortly after being informed that he was on his way to Barako along with another seldomnly used Ginebra wingman, Dylan Ababou, in a trade for the Energy's 2015 first-round draft pick.

The athletic guard was the surprise No. 4 pick of the 2013 draft, chosen ahead of Terrence Romeo and RR Garcia and just behind top three selections Greg Slaughter, Ian Sangalang and Raymond Almazan.

However, his first two seasons as a pro were spent largely on the Ginebra bench as he struggled to crash a crowded guard rotation led by LA Tenorio, Mark Caguioa, and Jayjay Helterbrand.

That however is bound to change as he moves to a Barako Bull team where his former college coach, Koy Banal, already welcomed the arrival of the 'electrifying player.'

"Nothing much to prove, though but I want to show that I am worth the surprise fourth overall pick a few years ago and that I am not a wasted pick and I deserve to play here in the PBA," he said.

"I am excited. It's gonna be a good experience. I am excited for Monday. But right now, I just want to focus my body and I can be ready," added the former livewire guard of the Arellano Chiefs in the NCAA.

Despite the long minutes spent on the Ginebra bench, the Fil-Canadian guard insists his confidence remains intact and it's just a matter of getting his 'swagger' back.

"The confidence is still there. It's just a transition from getting my swagger back and showing my confidence on the court. Obviously, I don't have that much on-court experience," he said.

Despite his uneventful time at Ginebra, Forrester said he will miss being with the league's most popular team.

"(Except the limited playing minutes), everything I'll miss about Ginebra, my teammates there and the fans," he said. "But I hope to have a great stint at Barako and reunite with coach Koy (Banal). It's one thing I won't have problems adjusting to." 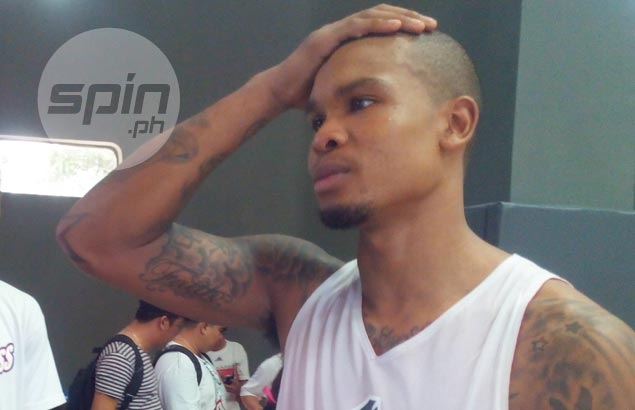 Asked if he wants to see Ginebra regret not playing him enough, Forrester said he harbors no bad feelings against the team.

"No, nothing against Ginebra. No animosity. Nothing I want them to regret. It's a mutual agreement, I think both parties benefited from the trade," he said.

"I hope some fans will continue supporting and cheering for me at Barako. I've been receiving a lot of sorry tweets from fans. But that's how professional basketball life goes. It's business," he said.

Banal, meanwhile, bared he has already grand plans for his former high-scoring guard in the NCAA.

"May plano na ko kay James. He's a welcome addition to us. Experienced na 'yan sa system," said Banal, adding Forrester can be an outside threat and a defensive lynchpin for his new team.

"Skills wise, he is a two guard who can shoot and drive. He can jump out of the building. Finally, Barako has an electrifying player. He'll definitiely give a new dimension to our offense," he said.

Ababou, who was originally picked by Barako in 2011, also welcomed the move.