Pascual, Lastimosa, Garcia are 'ripe for the picking,' but happy to stay at Barako

WHILE it may be a dream for many players to suit up for popular PBA teams such as Ginebra and Star Hotshots or be part of powerhouse, well-funded ballclubs like San Miguel Beer and Talk ‘N Text, there are also those who prefer seeing action for less-heralded squads.

Rookie Jake Pascual, Carlo Lastimosa, and RR Garcia, all of Barako Bull, are among them.

The three are all playing well for a Barako ballclub that gotten involved in one too many trades it had to fend off accusations of being a 'farm team' for other PBA squads. No wonder some fans often tease the three that they are 'ripe for the picking.'

But given a choice, Pascual, Lastimosa and Garcia said they are happy to be where they are now.

Pascual, a star player for San Beda during his college days, admitted that playing for a rag-tag team like the Energy has its advantages, giving him the confidence and the break needed to nurture his young pro career - something he may never get from star-studded clubs.

Rather than look forward to joining the celebrated Kings or the glamorous Hotshots, Pascual said he would work his way from the bottom up.

Lastimosa, the former top gunner of St. Benilde, bares how fans would tease him to be ready for any iminent trade, especially during nights when he plays well for the Energy.

The nephew of cage great Jojo Lastimosa said he just tries to keep everything in perspective.

RR Garcia, named the PBA Press Corps-Accel Player of the Week, also said he’d rather keep his expectations in check and not think too much about what the future holds for him and his teammates. 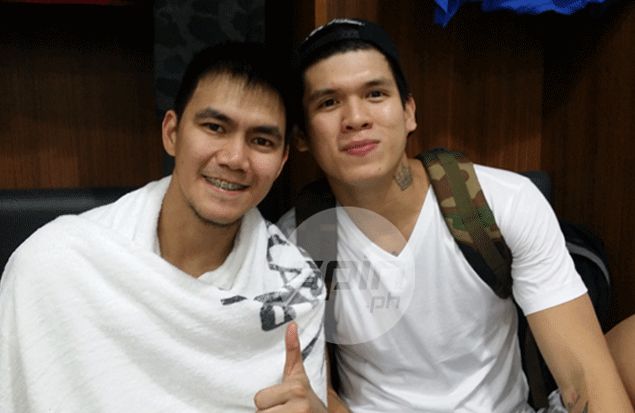 Spin.ph learned from reliable sources though that Pascual is being eyed by the Hotshots, while Lastimosa is reportedly on the radar of NLEX, where his tito Jolas serves as one of the deputy coaches.

The three Barako players are actually aware about the possibility of them being traded to marquee teams.

Barako Bull team governor Manny Alvarez insisted, however, that no trade deal is being worked out by either management or the coaching staff so far.

He however bared that should an irresistible offer come its way, the Energy won’t hesitate to evaluate it.

“Pag may magandang offer and we feel it will boost our lineup, we can talk about it. If not, stay na lang muna kami. Anyway, maganda ang ipinapakita ng team,” said Alvarez, noting the Energy are currently in solo top spot with a 5-1 record.