CHICAGO - Coach Leo Austria could well be on his way out as head coach of San Miguel Beer, multiple sources told me.

The 64-year old Austria, who has held the prestigious position since August 2014, will be informed at today's team practice that his assistant, Jorge Gallent, will be running the show when the Beermen play the Meralco Bolts this Friday.

Gallent has taken over the coaching duties since November 16 when San Miguel beat Phoenix, 108-104, while Austria entered the league's health and safety protocols.

[READ: Can Converge go all the way in PBA playoffs?]

Since then, Gallent has steered the Beermen to a 131-103 thrashing of Blackwater last November 23. Three days later, the San Miguel trounced hated rival TNT, 119-99, lifting Gallent's record to a very clean and impressive 3-0.

If he continues winning, especially with a deep playoffs run, the job is his to permanently keep, sources said.

JORGE GALLENT IS SOMEONE YOU SHOULD KNOW.

The 54-year old is a basketball lifer who played at FEU in college, the PBL, and the PBA.

And as we are seeing now, his wealth of experience in the game has morphed him into a brilliant coaching mind and a creativity that has reinvigorated San Miguel's offense and defense.

Under his watch, the Beermen have scored 358 points in three games while holding opponents to only a combined 306. 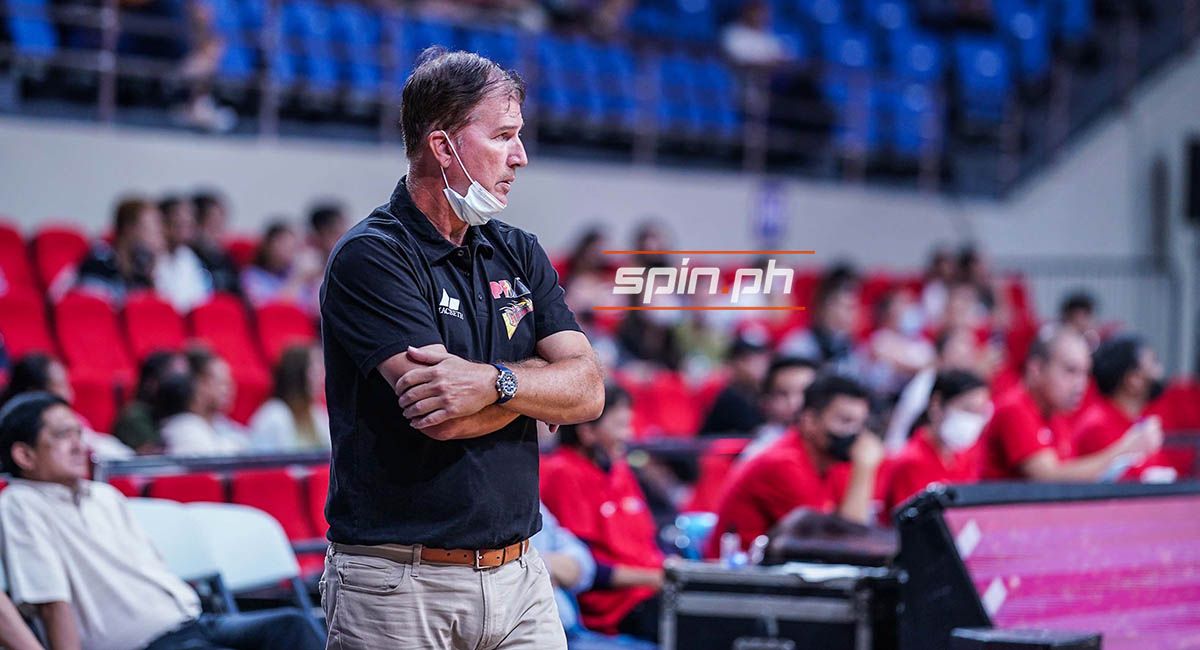 While he is poised to be promoted on sheer merit, It doesn' hurt Gallent's cause that he and Alfranchis Chua go a long way back since 1999 when Chua coached Gallent at the Tanduay Rhum Masters.

Twenty-three years later, Chua just happens to be the most powerful man in the SMC group, and arguably, the entire PBA. Guys like Boss Al, as he is affectionately called, don't just fill vacancies, he creates them.

Gallent is Al's guy. "Bata ni Al," as they say. And like the other anointed ones, Gallent will be taken care of.

Coach Austria, team insiders informed me, was a hire made by team owner Ramon S. Ang, which explains why Leo was never close to Chua and that the two rarely speak even during draft night or during team dinners.

Dismissing Austria would come as a shocker to many in the business considering that Austria has delivered multiple titles to the franchise. But that success is partly a function of San Miguel's unlimited budget to acquire talent.

Besides, sports is a brutal business where every coach is just as good as his last game. Heck, even Phil Jackson got fired.

Austria guided San Miguel to the Philippine Cup title last September, but a coach's tenure is always about what he has done lately.

In Austria's case, not much, unfortunately.

San Miguel has gone through three imports already this conference and only has a meager 6-5 record to show for it. And despite a cast of All-Stars and max players, the Beermen lost to Blackwater, 109-106, last October 5.

Losing to an eternal cellar-dweller did not sit well with the power brokers at SMC.

Prior to being sidelined, Austria lost his last two games, 85-80 to Magnolia and 97-96 to Ginebra.

He may never come back.