Ilokano team-up of Ildefonso, Pingris at SMB was Danding plan, says Danny I

EVERYONE knows who 'Boss Danding' the basketball godfather was.

But only a few know who the San Miguel Corporation chairman is as a person.

Danny Ildefonso feels lucky to have known that facet of the late tycoon during his playing days in San Miguel.

And the thing that made him get to know 'Boss ECJ' more is their roots.

"Kaya ako ganoon ka-close kay boss kasi parehas kaming Ilokano," he told SPIN.ph as he paid tribute to Eduardo "Danding" Cojuangco Jr., who passed away on Wednesday at the age of 85.

Being the face of the crown jewel franchise in the 2000s, Ildefonso bonded with Cojuangco over the years as the Beermen achieved an impeccable run of success under coach Jong Uichico.

That stretch saw Ildefonso win the MVP awards in 2000 and 2001, while also capturing PBA crowns together with the likes of Danny Seigle, Olsen Racela, and Dondon Hontiveros.

As decorated as that owner-player dynamics was, their pasts certainly forged that personal connection with Ildefonso coming from Urdaneta, Pangasinan, while the Tarlac-born Cojuangco is proficient with the Ilocano language with his mother being born in Baguio. 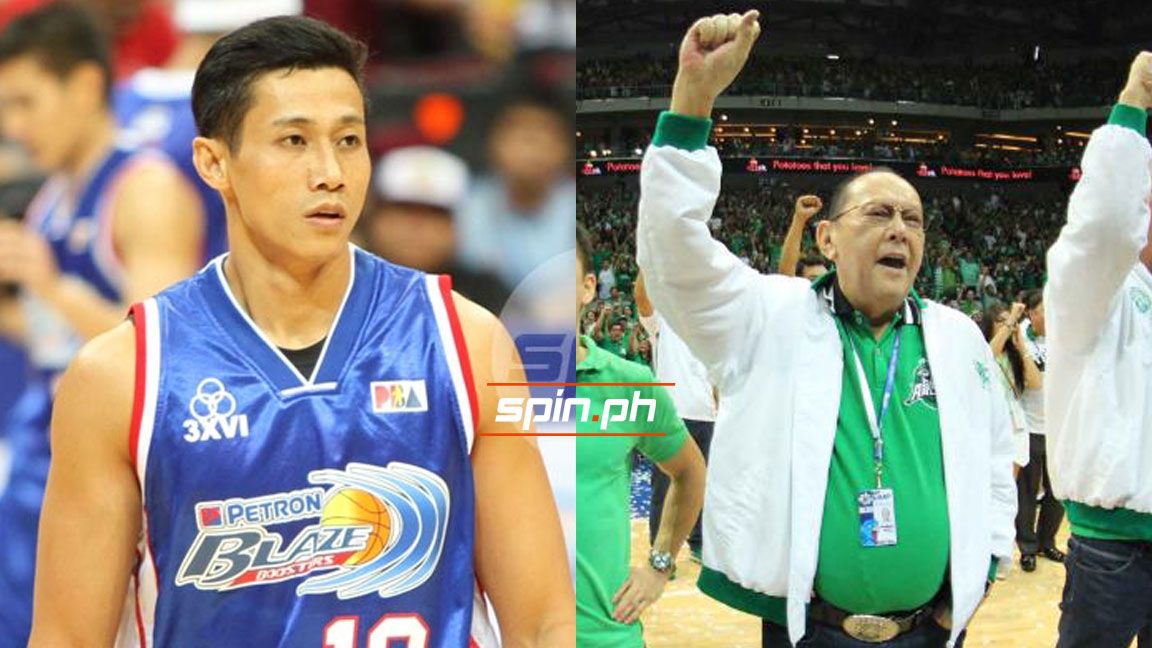 Ildefonso even reminisced on that one time where Cojuangco approached him and told him of his plans of bringing in a fellow Pangasinense in San Miguel.

In March 2008, Pingris found his way from Purefoods to San Miguel (then-Magnolia Beverage Masters) in exchange for Enrico Villanueva.

That stint did bear fruit with the Beermen capturing the 2009 Fiesta Conference crown -- much to the delight of Cojuangco -- before Pingris went back to the Giants after a year-and-a-half stint.

"The Demolition Man" also shared tales of Cojuangco's well-known generosity, something that the Beermen experienced first hand back then.

Even when Ildefonso was already on his decline, Cojuangco never failed to extend a helping hand to his old franchise player.