PUREFOODS has lost two conference jewels and is desperate to keep the only championship remaining from its historic grand slam season.

Ian Sangalang, the rising star who played a big role in Purefoods' triple crown campaign last year, has abandoned his bid to make a comeback this season to make sure he'll be 100 percent ready once he returns.

The former NCAA MVP tore an ACL and MCL in his left knee right in the team's season debut but had hoped to make a comeback in the season-ending Governors Cup after a long rehabilitation process.

However, that plan has been ditched, Sangalang cofirmed to Spin.ph on Thursday night.

Sangalang explained that he doesn't want to rush his return and prefers to be absolutely sure that he's ready when he finally makes a comeback.

Sangalang bared that though he can now walk and run without any pain, he doesn't feel the knee is ready to take the daily pounding in pro league games.

He also admitted getting frustrated not being able to help the Hotshots this season. 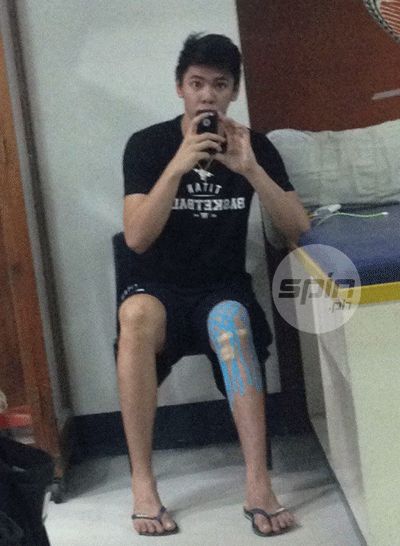 [See Wondering how Ian Sangalang is progressing in rehab? Read on]

The former San Sebastian star bared coach Tim Cone supported his decision, which was taken on the advice of therapists and doctors.

Cone, for his part, said Sangalang is too important to the franchise's future to risk a relapse with an early return from knee surgery.

“Ian is too important to our future for us to rush back into the lineup," said Cone. "We want to make sure he is totally healed so (it) will take a little longer with him than usual."

As he endures the long rehab process. Sangalang bared he has developed a deeper bond with God.