'Kurimaw' crew proving others' trash can be TNT's treasure

TNT’s bench mob has been playfully called as "kurimaw" by head coach Chot Reyes and one of its members has readily accepted that monicker.

The Tropang Giga’s second stringers were mostly obtained from free agency, and they have been delivering in their campaign that has so far led to a place in the semifinals against San Miguel.

“Dave Marcelo, Glenn Khobuntin, Brian Heruela, (Ping) Exciminiano, (Gryann) Mendoza, they were picked up, they were free, and they were available,” he said.

When asked about the nickname, Marcelo said it actually began during their bubble training in Ilocos Norte in preparation for the 2021 season and he believed that they were called as such because they were playful on and off the court, and not because they were from the free agent ranks.

Whatever the reason is, it is a fact that the members of the "kurimaw" gang are delivering for the Tropang Giga.

Marcelo was picked up by TNT in the free agent market during the offseason after playing for Phoenix Super LPG during the PBA bubble in 2020. His numbers have increased in the ongoing conference, averaging 4.1 points and 2.8 rebounds, during the eliminations, an increase from the 1.7 points and 1.8 rebounds he posted for the Fuel Masters.

Khobuntin, for his part, has also became a vital factor for TNT after multiple seasons with Terrafirma. Although his offensive numbers are down (from 7.8 to 6.7 points per game), Khobuntin has been providing the defense for the Tropang Giga. His rebounding numbers also doubled from 2.4 to 5.3, and Reyes even said that they missed Khobuntin's presence on defense when the former National University cager got injured at one point in the conference.

Inked by TNT after being left out by Alaska after being part of the Vic Manuel trade during the offseason, Heruela is back to the Tropang Giga as a steady presence to the backcourt being led by Jayson Castro and Mikey Williams.

For his part, Marcelo said his performance has something to do with how Reyes is handling the players. 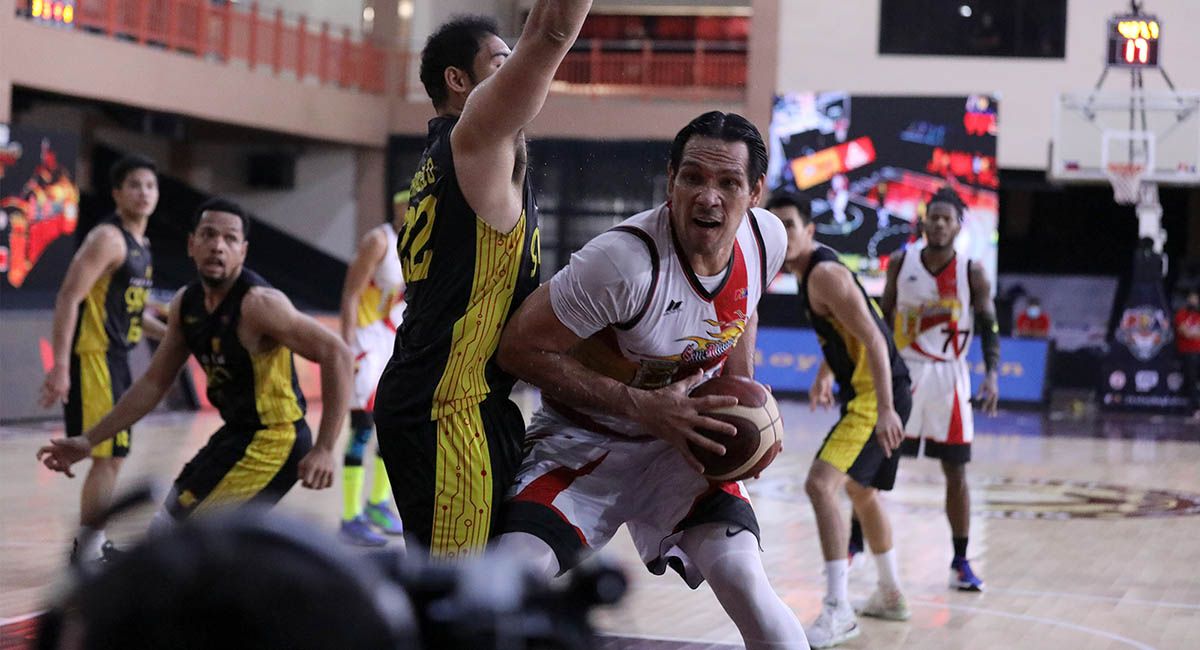 In Game 1 of their semifinal series against San Miguel, Marcelo was a presence as he had three blocks and gave the intangibles for TNT as he was also tasked to defend June Mar Fajardo during the game.

As the conference goes along, Reyes urged the second stringers to continue what they are doing especially in the San Miguel series where observers are already seeing a tight contest judging from how the two games have transpired so far.

“This is your chance. Basically, I told them at the start of the season, you have the opportunity and take advantage of it and give your best,” said Reyes.

Marcelo promises to heed the call of Reyes especially in the semifinal series against the Beermen.