Can Ray Parks win Rookie of the Year award after sitting out PH Cup?

SITTING out one conference is supposed to leave a big dent on someone's bid to win a PBA yearend award.

However, Ray Parks has made quite a splash in the midseason PBA Commissioner's Cup that one couldn't help but wonder if he still has a chance at winning this season's Rookie of the Year.

PBA rules stipulate that a player must be able to suit up for 70 percent of his team's games to be eligible for the yearend awards.

And based on the calculations of PBA chief statistician Fidel Mangonon III, Parks, who spent the early part of the year with San Miguel Alab Pilipinas in the ASEAN Basketball League (ABL), can reach that quota.

Blackwater's early exit in the all-Filipino conference, where it only racked a 2-9 win-loss record, actually kept the second-generation star in contention for the award. All he needs to do is play in at least 26 games to make the requirement.

It means that Parks needs to play in all 11 elimination games for the Elite in the import-laden conferences, as well as help the team make the playoffs where they have to play at least four more games.

So far, the two-time UAAP MVP and three-time ABL Local MVP has been the league's local leader in scoring with 23.4 points in the eight games he played for the Elite, going on a 43-percent shooting clip, on top of his 6.0 rebounds, 3.4 assists, and 1.7 steals average. 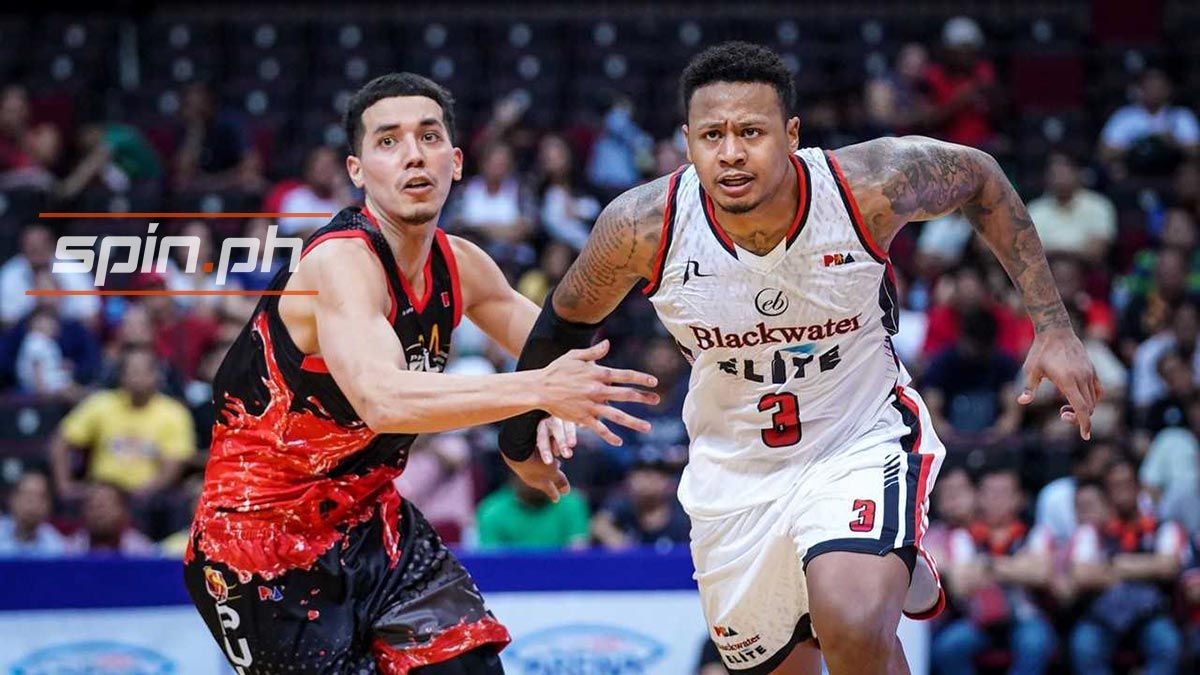 Those numbers have also translated into victories. Blackwater has gone 4-3 so far in the midseason conference, only losing its last two games after being forced to play without an import.

And the one thing constant in that stretch? Parks being at the forefront of the battle.

Parks' case was different from that of former No. 1 pick Christian Standhardinger, who also missed the first conference fo fulfill his obligations with Hong Kong Eastern in the ABL.

San Miguel's success in the first conference already dashed his hopes to win the plum. Nagging injuries also limited him to 27 of the 57 games for the Beermen, or a mere 47 percent of the team's games. 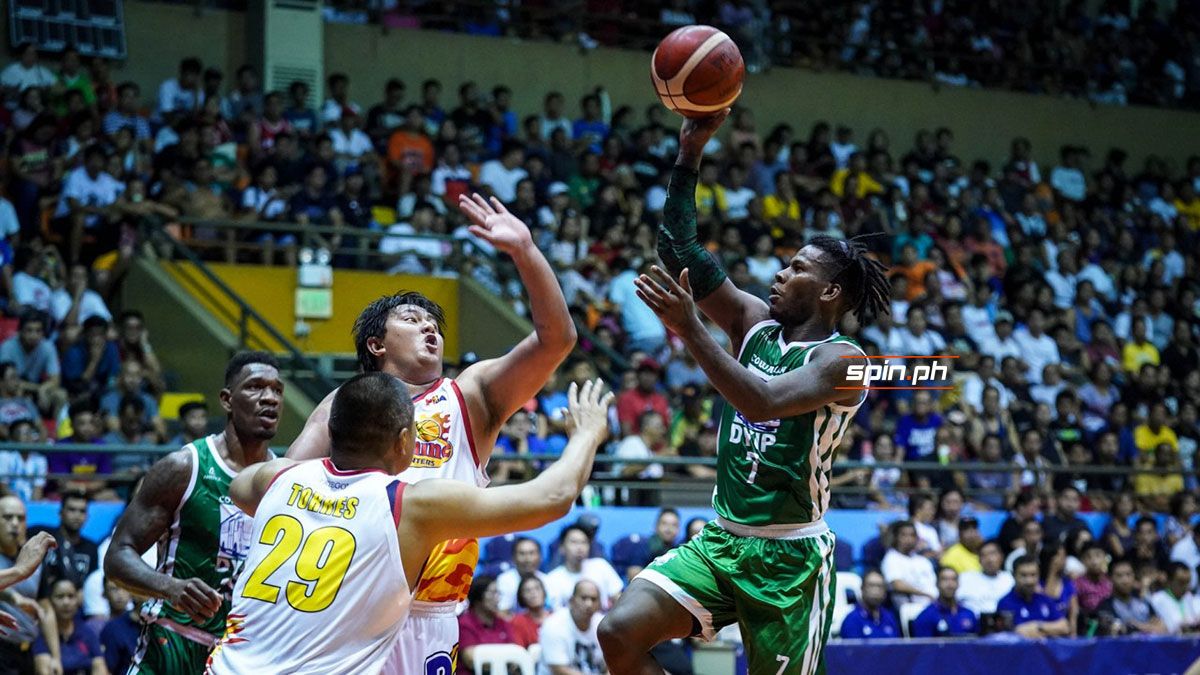 But getting the games is just half of the battle.

The former UAAP and ABL MVP has worthy adversaries for the honor.

CJ Perez, last year's top pick, has lived up to expectations, giving Columbian the foundational talent it has been craving for ever since joining the league.

The former NCAA MVP out of Lyceum had a modest statline of 16.5 points, 7.0 rebounds, 2.7 assists, and 1.5 steals in the Philippine Cup, but hiked those numbers to 21.3 points, 6.6 rebounds, 3.4 assists, and 1.7 steals through seven games for the Dyip in the Commissioner's Cup. 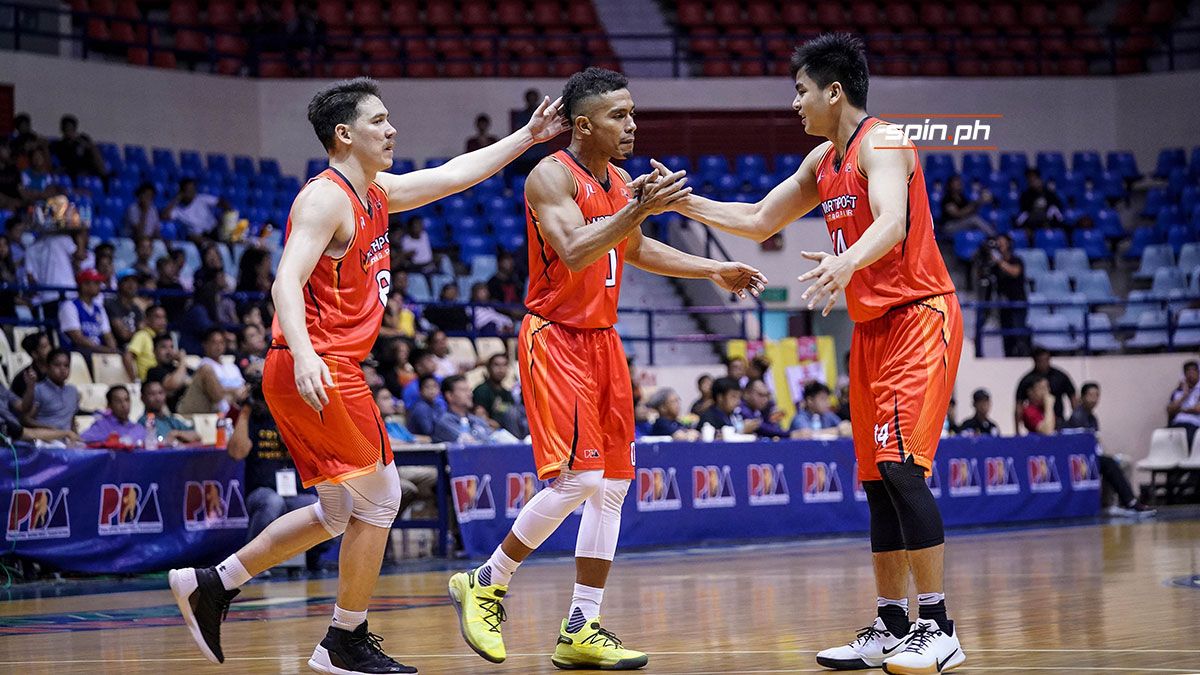 Robert Bolick has been entrusted with a leadership role at NorthPort following the blockbuster trade that sent Stanley Pringle to Ginebra. So far the La Salle discard turned San Beda hero is once again exceeding expectations.

The third overall pick in the batch averaged 10.2 points, 5.3 rebounds, 4.2 assists, and 1.0 steal in the all-Filipino conference. He has stepped up to collect 17.1 points, 5.9 rebounds, and 5.1 assists to lead the Batang Pier to a quarterfinals berth in the second conference with their 7-1 card.

Everyone has their own valid arguments, but if Parks does lead Blackwater to the semifinals a feat that has never been achieved by the Dioceldo Sy-owned franchise, mind you - in any of the two remaining tourneys, he might just leapfrog both Perez and Bolick to the Rookie of the Year race conversation.