WHATEVER Chris Ross is doing to contain Mikey Williams on offense, it is definitely working.

The high-scoring Williams has been limited in terms of scoring as he is a combined 6 of 24 from the field in the first two games of TNT against San Miguel including Sunday’s Game 1 of the 2021 PBA Philippine Cup semifinals.

Williams though has been contributing in other aspects of the game, most notably in rebounding where he grabbed a team-high eight rebounds in TNT’s 89-88 win over San Miguel.

Still, there is no doubt that Williams’ scoring will also dictate where TNT will end up in the Philippine Cup, and San Miguel is definitely standing its way in its title bid.

A big part of the Beermen’s championship aspirations is Ross. A review of the past two games between TNT and San Miguel showed that Ross has been doing a good job in defending Williams when taking a shot. In fact, Williams is 0 of 9 when his shot is contested by Ross, according to an unofficial tally by SPIN.ph based on a review of the two matches. Ross also recorded a block against Williams in Game 1.

Ross is considered as one of the best defenders in the league, and Williams certainly acknowledges that Ross, in an interview prior to the semifinal series, “has been given me the most trouble so far.”

“It’s his knack for defense and just how smart he is,” said Williams, who once played in the NBA G League before his PBA foray. 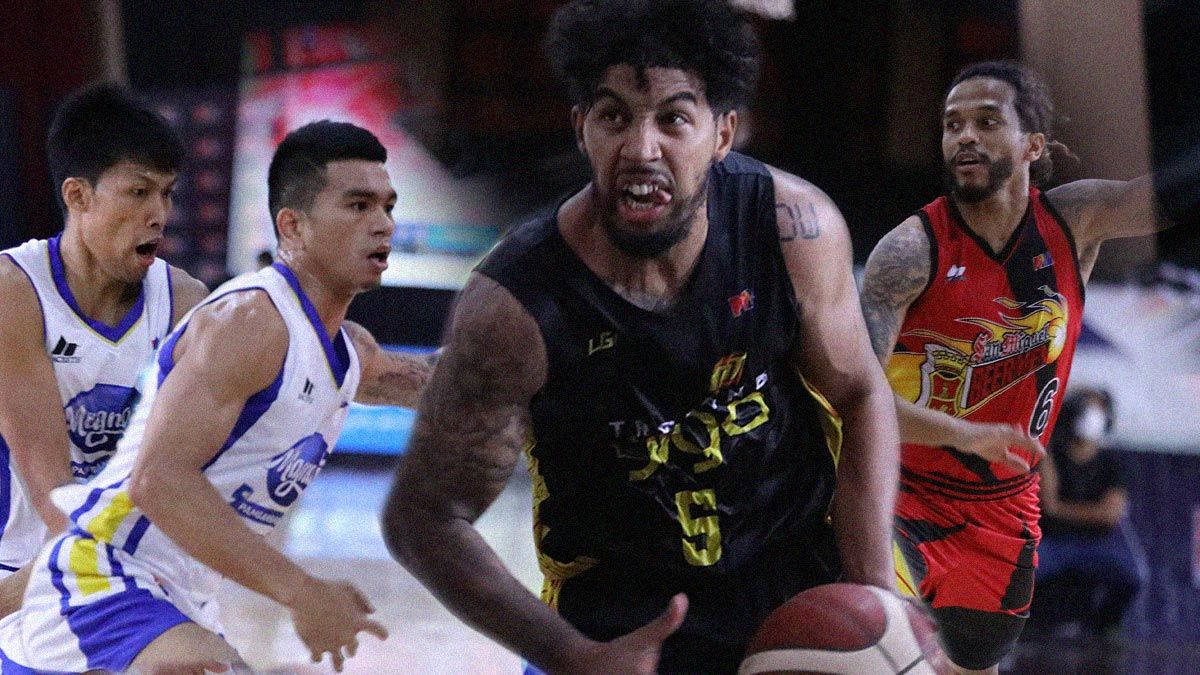 In times where he blew past Ross, Williams has been, most of the time, unsuccessful as well in converting on the help. He is 1 of 4 when his shot is contested by June Mar Fajardo, and 0 of 1 against both Arwind Santos and Von Pessumal in the two games.

Williams, though, has been relatively successful when he is defended by CJ Perez and even Mo Tautuaa. The fourth pick in the Season 46 draft was 2 of 4 when contested by Perez and 1 of 2 when his attempt is defended by Tautuaa in the pair of matches.

Williams is definitely deadly when left open as he is 2 of 3 when unmolested, two of which on fastbreak plays, during the two games that TNT and San Miguel have played thus far.

The jury is still out as TNT and San Miguel will still be going at it in the coming games, but TNT coach Chot Reyes doesn’t really mind that the 29-year-old Williams isn’t scoring as long as he is still able to fill in the other needs of the Tropang GIGA.

Aside from the rebounds, Williams dished out six assists in Game 1, sharing a team-high with Jayson Castro, doing so with only two turnovers on Sunday.

“We knew that he would struggle so the important thing is for Mikey and every player in our team, it’s not about the scoring. It’s about what I can contribute to this team,” Reyes said.