TNT KaTropa left reigning champion Barangay Ginebra on the ropes with a masterful victory in Game Two, 88-71, on Sunday night in the PBA Commissioner’s Cup semifinals at the Smart-Araneta Coliseum.

Jayson Castro topscored with 20 points while do-it-all Terrence Jones compiled 15 points, 19 rebounds, and 10 assists for his fourth triple-double of the conference as the KaTropa took a 2-0 lead in their best-of-five semifinal series. 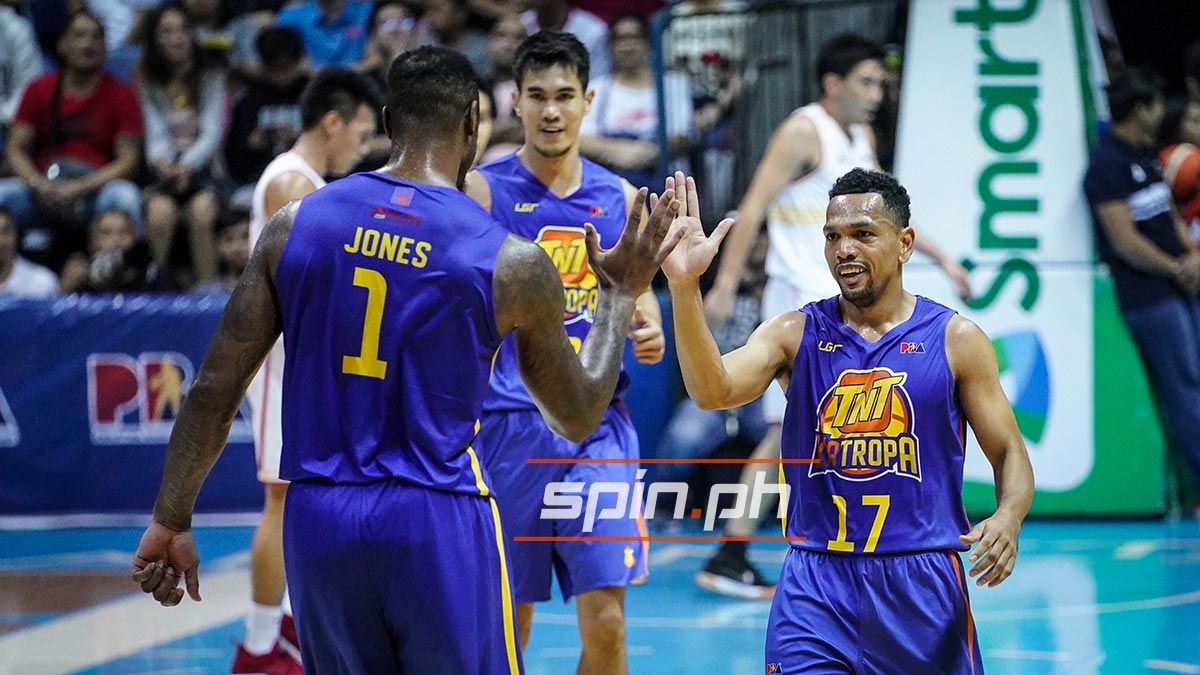 The top-seeded KaTropa, who have lost just two games the entire conference, can complete a sweep of the Gin Kings on Tuesday at the Mall of Asia Arena.

TNT coach Bong Ravena, however, said the team has no reason to celebrate as Ginebra didn’t play its usual game.

“We are just lucky Ginebra had a bad game,” said Ravena. “We expected Ginebra to come out strong. Next game, we expect the same thing.”

Justin Brownlee had 25 points and 13 rebounds and stood as the lone bright spot for Ginebra, which couldn't get into any kind of rhythm against a brutal TNT defense anchored by Jones in the middle.

Typifying Ginebra's struggles was prized recruit Stanley Pringle, who was held to a career-low two points on 1-of-9 shooting.

In contrast, RR Pogoy connected on six three-pointers while Jayson Castro hit four treys for the KaTropa, who hit 16 three-pointers in total and also got significant contributions from Troy Rosario, Don Trollano, and Brian Heruela.

Pogoy finished with 18 points, Rosario 16 and Heruela 11 points off the bench.

The KaTropa scored 10 consecutive points to build its first sizeable lead at 44-35. Back-to-back baskets by Rosario made it a 55-42 lead in the third quarter.