HIDILYN Diaz has joined the growing clamor to preserve the iconic Rizal Memorial Sports Complex in the wake of plans to sell and turn the vast property into a modern commercial center.

The 25-year-old silver medalist in the Rio De Janeiro Olympics admitted she’ll be disheartened if ever the plans of the Manila city government to sell the complex pushes through.

The sprawling sports complex built in 1934 has been home since she was 11-years-old.

“Siyempre malulungkot ako,” the pride of Zamboanga City shared to SPIN.ph during the sport’s website’s 2016 Sportsman of the Year award at the Crowne Plaza Manila Galleria last week.

Plans to sell the 9.4 hectare complex was broached late last year as Manila Mayor Joseph Estrada bared interest from a private firm to build a mall in the area.

The Vito Cruz family owned the lot which it donated to the city government for the sole purpose of using it to build a sports complex.

Several athletes , both active and retired, already voiced their opposition to the move, including members of the Philippine Olympians Association. 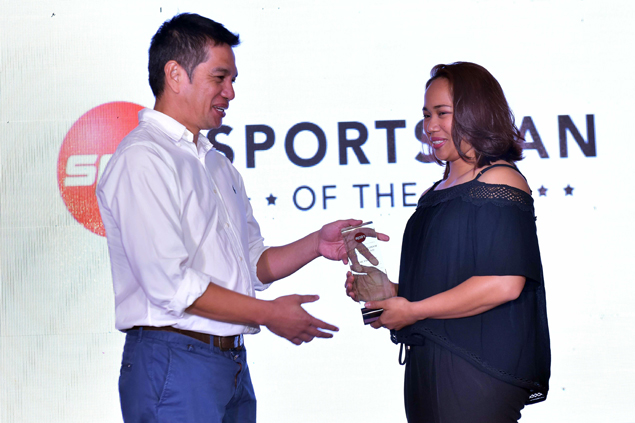 Now coming on board is Diaz, who to this day stays at the Rizal Memorial Complex, where the training center of the weightlifting team is also located.

Hidilyn has also returned to school and is a first year student at the nearby St. Benilde. If ever the complex gets to be sold, her training will not only be the one to be affected but her studies as well.

But more than that, it's the historical value of the 84-year-old complex that will be lost, Diaz said.