Guiao on Blackwater: ‘I don’t think it’s as weak as it seems’

BLACKWATER’S record doesn’t reflect how competitive the franchise is.

If it was any consolation for Blakwater after suffering a 10th straight loss, the Bossing got some kind words from NLEX coach Yeng Guiao no less.

The veteran mentor said the Bossing are a respectable team which simply doesn't get the endgame breaks and usually falls apart once the going gets tough.

“I don’t think Blackwater is weak as it seems. Malakas itong team na ito. They just need to get together,” said Guiao after his Road Warriors dealt the Bossing a 90-73 loss in the PBA Philippine Cup Thursday at the Don Honorio Ventura State University gym.

Guiao has seen the trend in Blackwater’s past games wherein the Bossing would go toe-to-toe with their opponents three-fourths of the way, only to lose their way going to the homestretch.

The NLEX coach got a bit worried when the Road Warriors can’t seem to shake off the Bossing early in the fourth quarter.

“It’s very dangerous (when) they are within striking distance,” said Guiao. "Maybe towards the endgame, medyo mahirap nang talunin yun.” 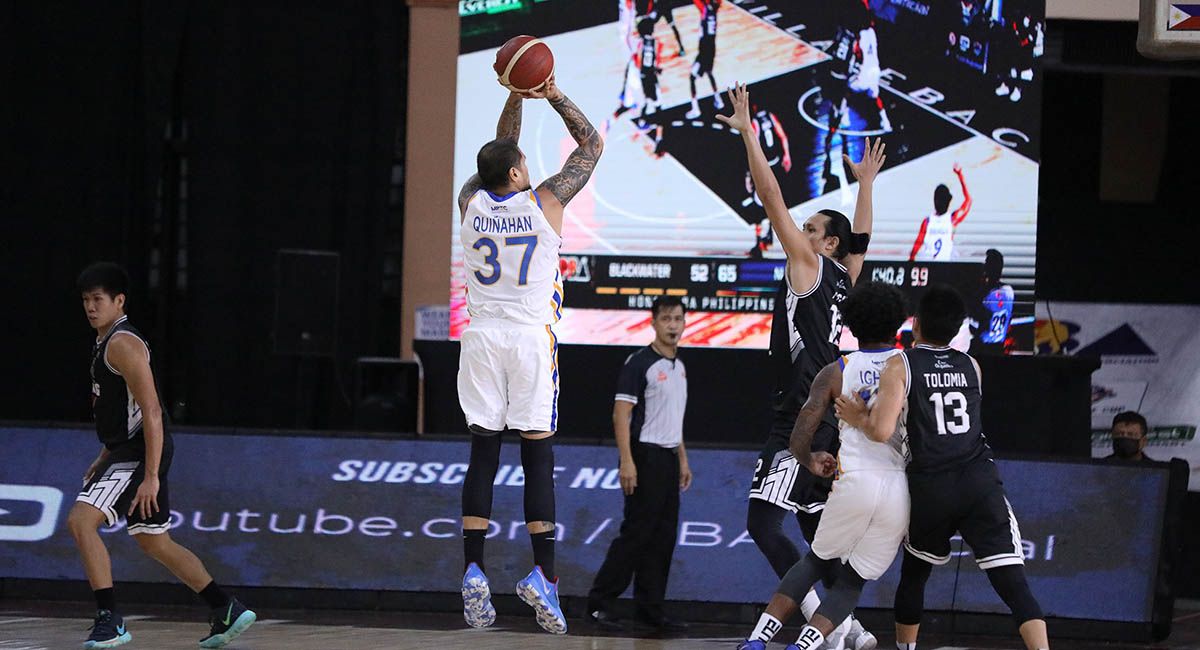 The failure of Blackwater to address the issue had the franchise tying one of the most dubious all-time records in the league.

Counting the eight straight losses they suffered to exit the Philippine Cup bubble last year, the Bossing have lost their last 18 games in the league to tie the record of futility set in 1980 by a Presto franchise that has the likes of Manny Paner, Estoy Estrada, Johnny Revilla, Rey Franco, Florendo Ritualo Sr., among others.

And the catch: Blackwater still has one remaining game against Meralco on Saturday where another loss would mean the Bossing would now hold the distinction as the team which holds the longest losing streak in PBA annals.