BACKED against the wall, national coach Yeng Guiao has put together a 14-man pool made up of old reliables as well as some surprising choices in a bid to take Team Pilipinas to the 2019 Fiba World Cup in China.

Guiao has turned to former players Paul Lee and Gabe Norwood to turn around the fortunes of the Philippines, which needs to beat Qatar and Kazakhstan away from home next month to keep its qualifying hopes alive.

The cornerstone of the pool, of course, was naturalized player Andray Blatche, who Guiao declined to draft upon assuming the Team Pilipinas job but has now recalled after a 'learning curve' in losses to Iran and Kazakhstan in the last window.

Guiao insisted he wasn't pressured by outside forces to take back Blatche. Neither was his decision influenced by public opinion.

"Knowing what we know after these setbacks, and having gained a better understanding of what is needed, we've realized that we need a big man who can impost himself at the post," said the concurrent NLEX coach.

Guiao also has a simply explanation on why he decided to call up Mark Barroca instead of going for, say, LA Tenorio or Alex Cabagnot at point guard, and why he opted for Roger Pogoy instead of Matthew Wright in one of the gunner spots.

"They are both two-way players," he said.

Barroca, he said, came in "highly recommended" by the coaching staff after a Finals MVP performance in Magnolia's run to the PBA Governors Cup championship. That he played well in the backcourt with Lee was a bonus, Guiao added.

On the other hand, Guiao admitted that the choice for one shooter spot alongside Marcio Lassiter went down between Pogoy and Wright.

"What we learned from the international game is that [your players] must be able to shoot and defend," Guiao said. "That's very valuable. If you're not making your shot, at least you can defend. Defense is the only constant in this game."

That Barroca played in the original Gilas team under Rajko Toroman raised hope that his return to the national team would require little adjustments, Guiao said.

"Actually, taking in Barroca is a risk because we're bringing in another new player," Guiao said, "but it's a calculated risk since he has played with the national team before. Hopefully, madali ang adjustment." 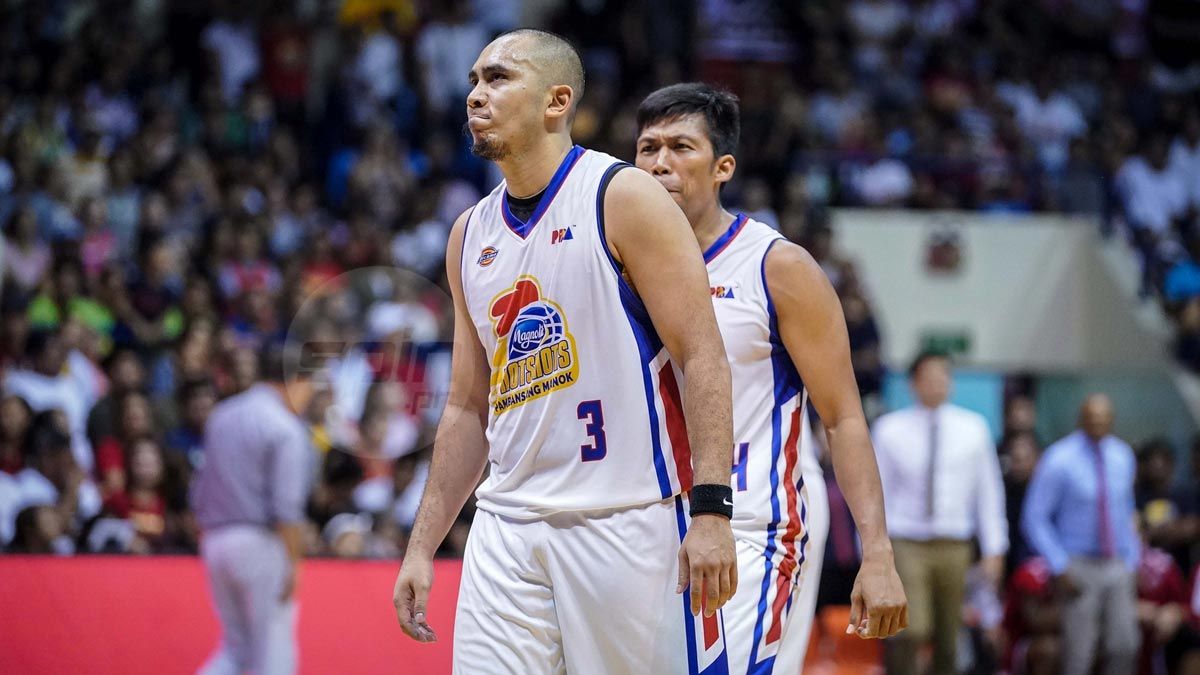 And what about Raymond Almazan, who along with Poy Erram and Troy Rosario got the nod over Greg Slaughter for a spot in the frontline alongside Fajardo and Blatche?

"One lesson we learned [after those losses] is that the bigs of Kazakhstan and even Iran can shoot that outside shot. So if your bigs are a lot quicker, like Almazan and Erram, they can defend that shot better.

"The problem with Slaughter and even June Mar is that they would hesitate to close out those shooters," Guiao continued. "That would be less of a problem for quicker big men like Almazan and Erram."

But, isn't he concerned about Almazan's fitness after the former Letran star went AWOL at Rain or Shine and hardly played in the final half of the last PBA season, Guiao was asked.

"Never namang nagka-weight problem si Raymond," he grinned. "I know him. He can get in shape in a week."