As SMB trio sit out, Ginebra welcomes back Slaughter in KO match

WHILE San Miguel is missing key players, Ginebra is welcoming the return of one ahead of their PBA Governors’ Cup quarterfinal matchup on Sunday at the Smart-Araneta Coliseum.

Greg Slaughter is ready to make his comeback from a thumb injury as the Gin Kings are set to finally field a full-strength squad while also being armed with a twice-to-beat advantage against a Beermen side that’s missing three suspended veterans.

The 7-foot Slaughter had been sidelined for two weeks, missing the last three games to recover from a dislocated thumb he hurt in practice.

“I’ve been kind of taking it slow in practice, really just making sure I don’t re-injure my thumb, trying to get involved in everything I can. And I’m feeling better,” Slaughter said after Ginebra practice on Thursday. 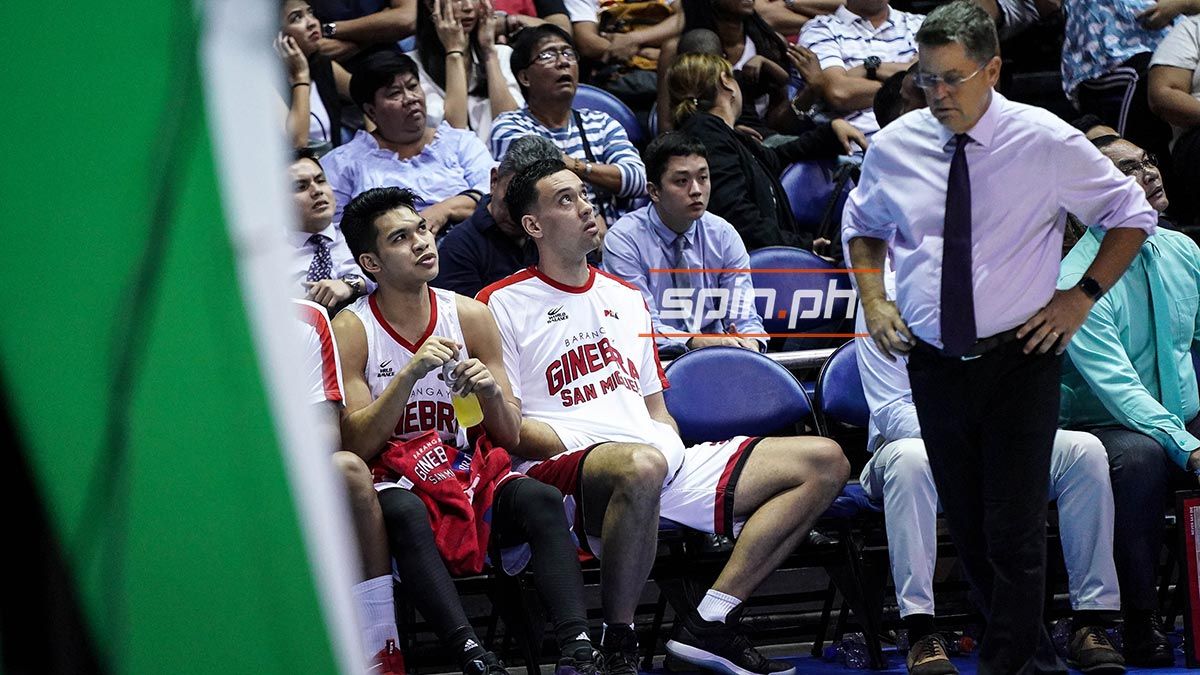 The Gilas Pilipinas pool member, who last played on November 3 against Meralco, contributing five points, three boards, and one assist in 14 minutes as a starter, rejoins a Ginebra side that earlier welcomed back Jared Dillinger, Jeff Chan, Arth dela Cruz, and Julian Sargent from the injury list.

That gives coach Tim Cone more options at his disposal as the Kings try to pounce on an SMB side that’s missing Arwind Santos, Ronald Tubid, and Kelly Nabong, who were all involved in a fight with former import Dez Wells in practice.

Slaughter looks forward to his matchup against fellow Cebuano June Mar Fajardo, but is reminding Ginebra not to let its guard down against a Beermen side that’s still in the running for a second grand slam in franchise history.

“Exciting, but it’s definitely a hard task,” Slaughter said. “But that’s the whole point of having this twice-to-beat advantage, just try to capitalize on it. And it’s a really dangerous team that we can’t mess around with o rely on having an extra game.”

“We got to treat this first game as a do-or-die,” he added.