GREG Slaughter faces his former team for the first time as NorthPort clashes with defending champion Barangay Ginebra in the 2021 PBA Philippine Cup at the Ynares Sports Arena in Pasig City.

Terrafirma battles Magnolia at 12:30 p.m. to start the tripleheader while Mikey Williams makes his PBA debut as TNT returns to the court to face Rain or Shine at 3 p.m.

Focus, though, is expected to be on the third game, with the Batang Pier looking to get back to their winning ways in the game against the Gin Kings. 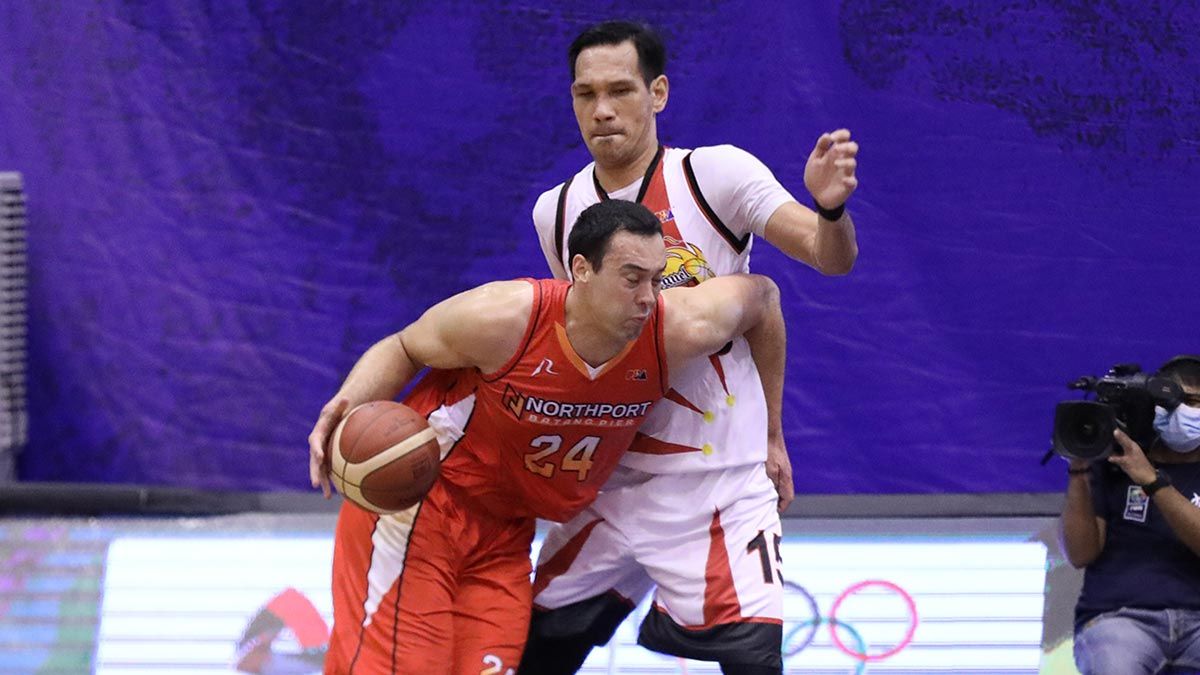 All eyes will be on Slaughter, who faces Ginebra since he was traded during the offseason for Christian Standhardinger.

Following his six-year career with Barangay Ginebra, Slaughter is coming off a solid outing in his first game in a NorthPort uniform, contributing 23 points and 17 rebounds.

“It’s been almost two years since I played. I missed it, there’s just so much fun for me,” said Slaughter.

Ginebra, which is in a tie for eighth place with NorthPort with a 1-2 card, is also looking to regain its bearings after an 89-79 loss to Magnolia.

The Hotshots (3-0) eye to maintain solo lead in their match-up against the Dyip, who dropped to 0-2 following their 108-94 loss to NLEX last Sunday.

The Tropang GIGA have not played for more than a week after entering the league’s health and safety protocols. TNT holds a 1-0 card after beating Terrafirma, 86-79, last July 17.

Williams will play for the Tropang GIGA for the match after he underwent quarantine shortly after his arrival from the United States.

The rookie was able to join TNT practices in preparation for their resumption of their Philippine Cup campaign.

Rain or Shine (3-1) eyes to atone from its 74-48 loss to Alaska just last Wednesday in which the Elastopainters scored the least points by a team in a game in PBA history.