PUERTO PRINCESA - With their team's playoff chances hanging in tha balance, players from Ginebra and NLEX who took part in the PBA All-Star Game left this paradise on Monday and will head straight to practice once they reach Manila.

Ginebra All-Stars Gregory Slaughter, Japeth Aguilar and LA Tenorio will be joining the rest of the Kings in practice while NLEX will have a staffer that will pick up Asi Taulava at the airport and bring him straight to practice at the Meralco gym.

"We're heading straight to practice, we're still a bit tired but it's all part of our job. We have an obligation to the fans here and we also have the same obligation to our team and its fans," said Slaughter after the South vs North game.

Ginebra and NLEX have a Wednesday game at the resumption of the fight for playoff places in the Commissioner's Cup.

Taulava, who was saddled by a painful migraine attack during the All-Star centerpiece game, said he's been taking extra medicine to "shake off some virus."

The 6-9 slotman was also downed by flu when he arrived here last Wednesday.

"We really have to pull them out. We have two crucial games this week: one against Ginebra on Wednesday then GlobalPort on Sunday," said NLEX team manager Ronald Dulatre. 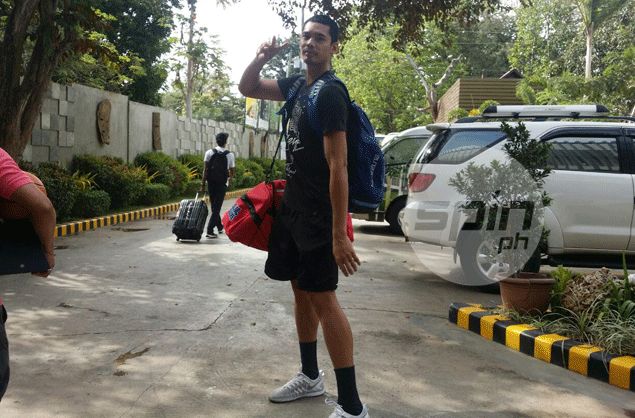 Also in a rush to join practice from Palawan were Alaska Aces superstar Calvin Abueva and rookie teammate Chris Banchero. Their coach, Alex Compton, and assisant Jeffrey Cariaso rushed to the airport after their game to catch the 8 p.m. flight back to Manila after coaching the South team.