"GLOBALPORT will be coming to its PBA Commissioner's Cup game Wednesday against NLEX with a heavy heart but determined to win the game for a fallen comrade.

Batang Pier assistant coach Senen Duenas passed away in the early morning of game day due to cardiac arrest. He just underwent operation last Sunday at the Delos Santos hospital to remove a big lump on his back.

"A very jolly person who does his work efficiently. We will surely miss him, " said team manager Bonnie Tan to SPIN.ph hours before the Batang Pier's 4:15 p.m. game against the Road Warriors at the Smart Araneta Coliseum.

Both GlobalPort and NLEX are the only winless teams in the season-ending meet.

Duenas has been a long-time deputy to some of the country's finest coaches such as Alfrancis Chua, Pido Jarencio, Tan, and Jorge Gallent.

One time, he served as assistant coach simultaneously with four different teams in four different leagues that former Basketball Coaches Association of the Philippines (BCAP) president and now PBA Commissioner Chito Narvasa once dubbed him the 'Assistant Coach of the Year.' 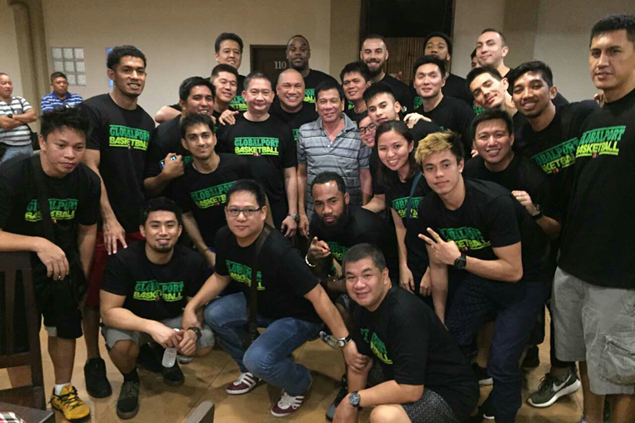 He surely fits the tag.

Duenas was one of Chua's battery of assistant coaches when Stag and Tanduay were leaving their imprints in the defunct Philippine Basketball League (PBL), and with Harbour Centre as among the trusted liuetenants of Gallent during the franchise's championship days.

He was also with Tanduay when it took its act to the PBA later on, and then with GlobalPort when Jarencio was named coach in 2013.

Duenas likewise teamed up with Jarencio at University of Santo Tomas and Tan with Lyceum.

Unknown to many though, Duenas was a football player during college.

Chua was as surprised as anyone upon learning of his close friend's death, since he and some of their close friends still visited him in the hospital a day after his operation.

Being diabetic, Duenas has been on a diet for the past months, but began complaining about the hurting lump on his back that keeps growing by the day.

Despite his sickness that kept him from attending GlobalPort practices and games, Duenas always have the team on his mind.

He never got the chance to see the team again.

Tan said close friends had come to the aid of their beloved colleague, including GlobalPort team owner Mikee Romero, each providing financial help to augment the hospital bills and funeral expenses of the late UST football player.

His body currently lies at the Sanctuarium at Araneta Ave. Quezon City. Interment will be announced later.