Blackwater: 'Belo tough to let go, but chance to get Amer hard to pass up'

IF you can’t beat him, get him.

Four years after, but the damage Baser Amer did in denying Blackwater what should have been the franchise’s first ever PBA semifinals stint still lingers.

And so even if it was difficult to part ways with big man Mac Belo, the Bossing were forced to push the button when the opportunity to get the services of the 6-foot guard came their way.

Team owner Dioceldo Sy witnessed how Amer, then just in his second year in the league, handled a tricky situation well in the Bolts' do-or-die encounter with the Bossing during the 2017 PBA Governors Cup quarterfinals.

Meralco trailed Blackwater by 12 in the second half and was still behind early in the fourth quarter when Amer took charge. The former San Beda standout scored eight straight points, including two three pointers, to cap an 11-0 run by the Bolts that turned the game around.

That hasn’t been lost on Sy as the Bolts went on and posted a 104-96 come-from-behind victory, ruining Blackwater’s best shot at a breakthrough semis stint during Belo’s rookie season with the franchise.

Amer sizzled for a game-high 31 points on 11-of-17 shooting from the field, including 4-of-7 from three-point range in a performance that earned him the respect of the Blackwater owner. 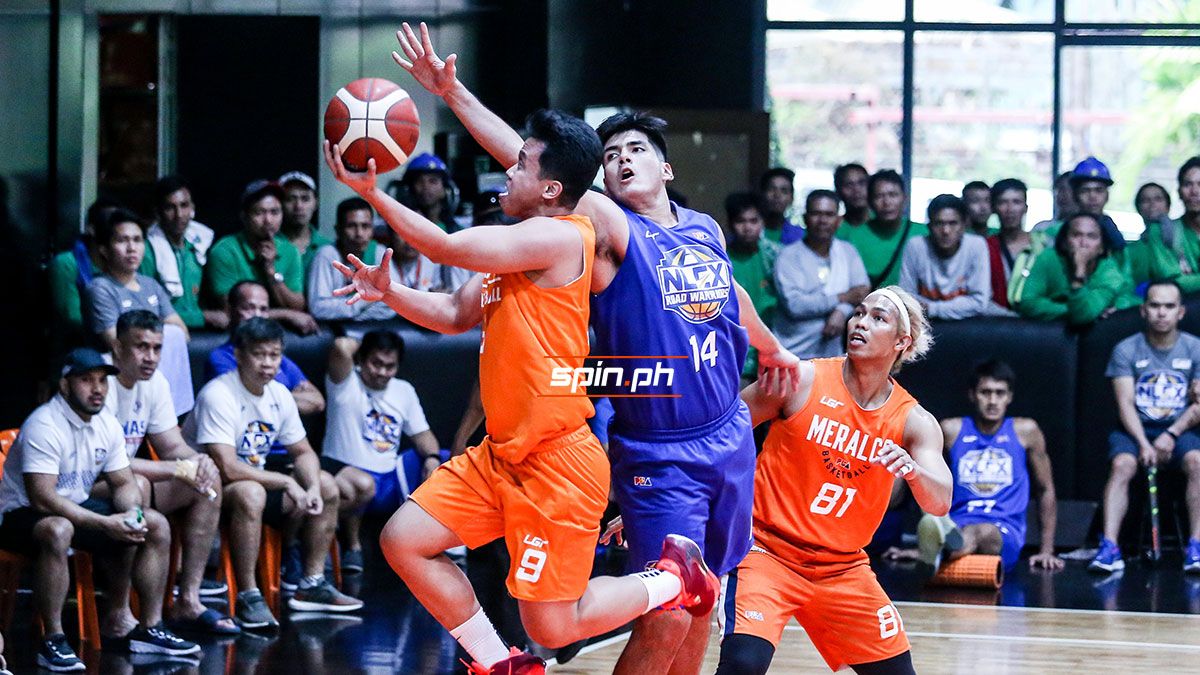 “We need an honest to goodness team leader and Baser I think, is that guy. The merciless guy who killed us in our do-or-die game,” said Sy.

When the chance to acquire Baser from the stacked guard rotation of the Bolts presented itself, the Bossing quickly warmed up to the idea even if that meant giving up the 27-year-old Belo.

“We will definitely miss Mac, but we are looking for a guy to organize and settle the team,” said Sy.

The one-on-one trade, agreed upon last Tuesday, is currently waiting for the approval of the Commissioner’s Office.

Belo, from Midsayap, Cotabato, was Blackwater’s top pick during the 2016 draft among former Gilas cadets following an illustrious career with Far Eastern University in college and with the men’s national team.

He was supposed to be the face of the franchise following the exit of big man Poy Erram in 2019, but injury issues have hounded him for most of his four-year stay with the franchise, denying him even of putting up a breakout season in the league.

During the last Philippine Cup bubble, the 6-foot-4 Belo played hurt but still managed to play a total of 10 games and averaged 11. 4 and 5.3 rebounds in his first conference under former college coach Nash Racela. He was the team’s fourth leading scorer after Don Trollano, KG Canaleta, and Ed Daquioag.

Sy however, didn’t mention if Belo’s health issue factored in the trade.

“Mac is a good kid. Very humble, soft-spoken. I am really grateful for the years he played for us in Blackwater,” said the former chairman of the defunct Philippine Basketball League (PBL).

Amer meanwhile, played 18 games with Meralco during the bubble season, averaging 9.8 points, 2.2 rebounds, and 3.0 assists per outing. He shot 35 percent from three-point range as the Bolts came a win away from making the finals of the Philippine Cup for the first time ever.

Those numbers, along with Amer's leadership hopefully, would help stabilize a rather inconsistent Blackwater backcourt, according to Sy.