JUSTIN Brownlee and Scottie Thompson initiated a critical run in the second quarter to lift Barangay Ginebra to a place in a semifinals after upsetting TNT, 115-95, on Saturday behind a near capacity crowd at the Smart-Araneta Coliseum.

The Gin Kings completed their overhaul of a twice-to-win disadvantage as the sixth seed beat the third-ranked TNT squad led by the efforts of Brownlee and Thompson, who led a 15-3 closeout including 10 unanswered points on its way to a 59-46 halftime lead.

Japeth Aguilar joined the scoring fray in the third as Ginebra built a commanding 96-74 lead on its way to the semifinals where it will face either NLEX or Alaska in the best-of-five affair.

Brownlee finished with 29 points, 18 rebounds, and seven assists, while Thompson flirted with another triple-double with 17 points, 10 rebounds, and nine assists. 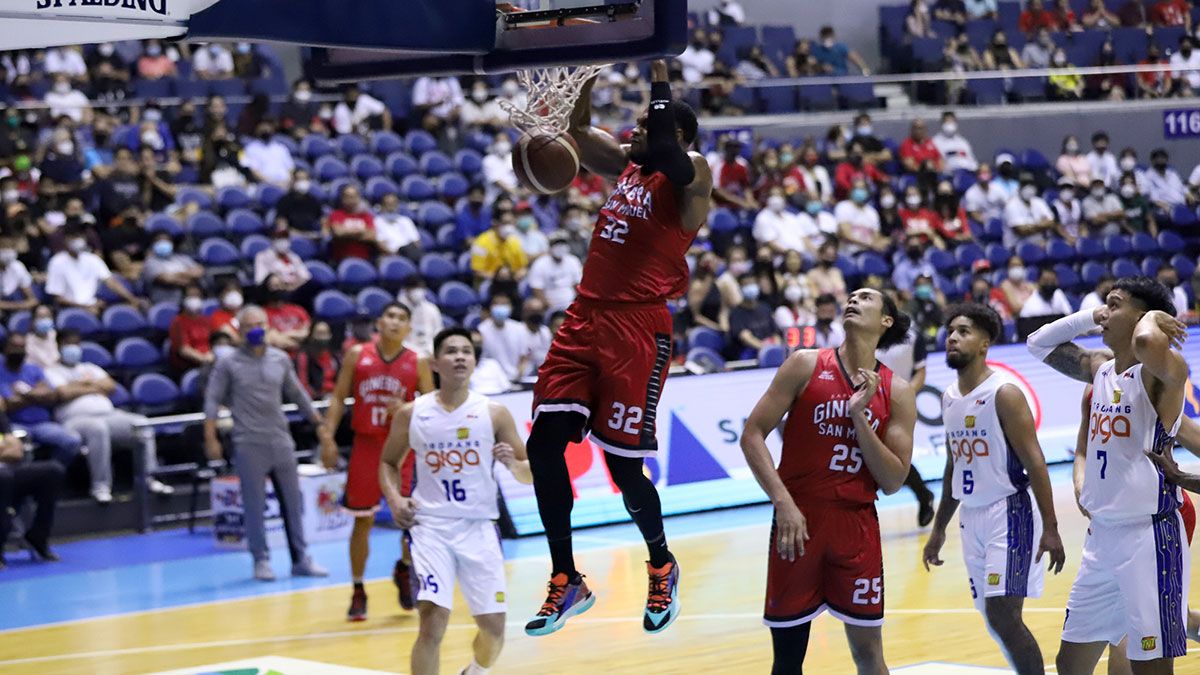 Mikey Williams topscored for TNT with 17 points but only made his shots when the Tropang GIGA were already trailing big. He missed his first four shots and didn’t had enough touches in the first half.

TNT also failed in its bid to sweep the season, with Ginebra getting a measure of revenge after it was ousted by the Tropang GIGA in the quarterfinals of the Philippine Cup.

“It’s really special,” said Ginebra coach Tim Cone. “I’ve only done it a few times in my career. It’s always special to win a twice-to-beat disadvantage and to find a way to do that, it’s really, really hard. The odds are way against you.”

“And to do it against Chot Reyes. He is such a huge opponent. Chot, I just consider him one of the greatest coaches I’ve ever coached against,” said.

Thompson sparked the late charge in the second with a lay-up off a defensive stop, with Brownlee and Tenorio also drilling treys. Brownlee capped off the run with a fadeaway shot to build a 13-point lead at the break.

Tenorio also drained another three to extend the lead to its biggest at 75-52 behind 10,846 spectators at the Big Dome.

TNT also lost in a game where the Tropang GIGA decided to change their import, bringing in Leon Gilmore III in place of Aaron Fuller

“We had a lot of good fortune that shined on us. Fuller apparently got hurt and they brought in an import who apparently has been here for a while but it’s a lot different being in practice shape than game shape. We had some good fortune,” said Cone.

Gilmore had 14 points, four rebounds, and five assists, while Jayson Castro added 12 points but TNT got an early exit.