COLUMN: There are no David slays Goliath stories in the PBA

CHICAGO -- There are no David slays Goliath stories in the PBA where the little guy kicks the bejesus out of a bully while we all watch in triumphant glory.

In a huge knockout game that meant so much to champion the cause of an independent team, Phoenix LPG looked anything but super and couldn't rise from the ashes of a horrendous 32-of-96 shooting fare from the field (33.3 percent) and a 12-of-38 clip from 3 (31.5 percent).

The league office must be happy. And so are the fans.

The Gin Kings are the country's most popular team, a ratings bonanza that moves the needle of the excitement meter way more than any other ballclub.

Their penchant for drama and facility to elude peril makes them a must-watch appointment television.

So please, say it here with me loud and clear.

Before you get any ideas, this win-or-go home match wasn't scripted or choreographed. I saw it via Facebook live streaming and didn't detect any suspicious whistles that would suggest Phoenix played 5 against 8.

Barangay Ginebra is through to the quarterfinals for the 38th consecutive time simply because they played like defending champions.

Wounded without two starters -- Japeth Aguilar and Scottie Thompson -- coach Tim Cone played his cards right and plotted a specific game plan which he described as focusing on "Wright with a W."

Systems like the triangle get old, great coaches like Cone never do. That's why he makes a reported $25,000 a month. And he earned that today, every penny.

With a trap in place, the Gin Kings held Matthew Wright to just 15 points on 5-of-22 shooting from the field and 3-of-13 from long distance. Jason Perkins and Chris Banchero combined for 29 points but it wasn't enough to hold off Ginebra, which had four guys score in double figures. 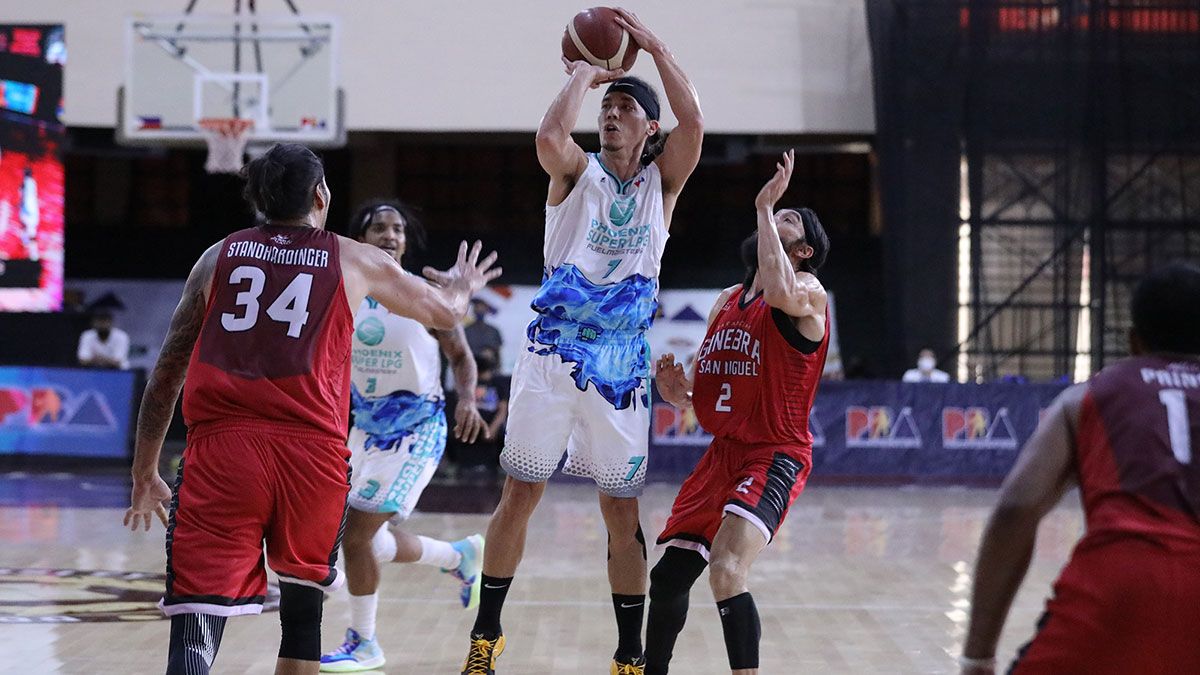 Trailing by as many as 17 points, Phoenix clawed to within 63-57 with still 5:05 to go in the third. Unfortunately, they ran out of fuel and coach Topex Robinson's chargers couldn't take advantage of Ginebra's crazy-high 21 turnovers.

Besides having buttered fingers when it came to ball protection, the Gin Kings were terrific on everything else.

They had six less assists than Phoenix's 21 but Ginebra controlled the boards, 54-47.

Prince Caperal and Stanley Pringle pooled together 36 points while Christian Standhardinger played some nasty bully ball with 15 points and 12 rebounds to torment Phoenix.

AND WHILE JOE DEVANCE AND JARED DILLINGER MAY NOT ALWAYS APPEAR ON THE HIGHLIGHT REELS AND STORY RECAPS, THIS PAIR OF OLD-TIMERS IS CRUCIAL TO GINEBRA'S SURVIVAL.

Their grunt work and rigid allegiance to defense and basic fundamentals make Ginebra basketball so delightful to watch. They're the unseen hands that smack opponents on the back of their heads.

Up next for Ginebra is the battle against powerhouse TNT.

To paraphrase the great Joe Lipa, beating those 10-1 Tropang Giga once would be a dream, twice a miracle.

I refuse to be a prisoner of the moment here and pick Ginebra. But let's make another chorus.