Lawyer Bong Teodoro, legal counsel of Philippine Arena’s management arm Maligaya Development Corporation, said hosting a Ginebra-Purefoods game was already in their minds even during the time when the arena regarded as the biggest domed stadium in the world was still under construction.

Game Seven between the Kings and Mixers during last year’s Philippine Cup semifinals remains the highest-grossing match recorded in PBA history after drawing a crowd of 24, 883 to the Smart-Araneta Coliseum.

The youthful Philippine Arena official also believes the Ginebra-Talk 'N Text match-up which will be played on opening day on Sunday is also capable of filling up the playing venue.

Meanwhile, Iglesia ni Cristo legal counsel GP Santos expressed elation at how the PBA has been attracting fans to the opening of its 40th season, which marks the first commercial event to held at the three-month old arena. 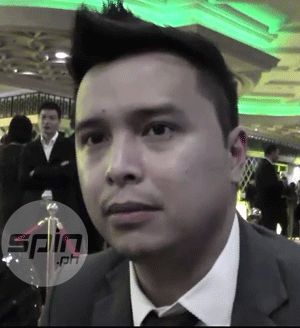 “The Philippine record is more than 23,000. Right now, looking at the ticket sales, we can double that (figure) on Sunday,” said Santos, son of INC chief auditor Brother Glicerio Santos.

“We only started selling tickets yesterday, we’re almost sold out today. We didn’t have any lead time (to sell), we didn’t have time to hype it up. The fans really wanted this to happen. We will fill the indoor arena on Sunday,” he added.

Santos also bared management of the venue hasn’t thought about the idea of releasing SRO (Standing Room Only) tickets yet, but claimed the Philippine Arena is equipped with a lot of big screens outside the venue.

Teodoro, for his part, believes using the adjacent Philippine Stadium as contingency measure to beam live action through a big screen can likewise accommodate an added 40,000 fans.

Meanwhile, Santos claimed Philippine Arena officials are now in close coordination with management of the PBA, NLEX, and local government units in Bocaue and Sta. Maria, Bulacan to assure the smooth flow of traffic on Sunday.

Buildup is expected to hit the vicinity of the arena beginning at around 1:30 p.m. and by the time the games are over by 7 p.m.

“Yes, we have coordinated well with the officials. And the fact that we had an experience during our (INC) centennial celebration last July, further gives our personnel enough competence to handle the influx of people,” said Santos, who hopes the PBA will continuously consider the Philippine Arena as regular venue for future games.

Meanwhile, a source from the PBA told Spin.ph the league is now considering to hold playoffs and championship matches at the same venue.