COLUMN: Ginebra's troubles have more sides than a triangle

CHICAGO - At a nearly five-hour long webinar last May 2, 2020, Ginebra coach Tim Cone was appropriately introduced as the "The master" and "The Big Chief Triangle."

Cone then went on to ramble about his beloved playbook the way an Apple store geek would talk your ears off on the magic of the iPhone 13.

The triangle offense has done wonders for coach Tim. He's won 23 titles and achieved two grand slam feats. All the winning, most recently at the bubble last year, has also kept him generously employed at roughly P1 million a month, a source told me.

"Don't teach what you don't know," Cone told the attendees while admitting that it took him "more than a year to learn the basics" of this geometric attack that was popularized by the Chicago Bulls of the 90s and the L.A. Lakers in the 2000s.

But it's now 2021 and even Phil Jackson, the original "Big Chief Triangle," said the triangle is "outdated" and not conducive to today's "different game."

Perhaps, Cone didn't get the memo. 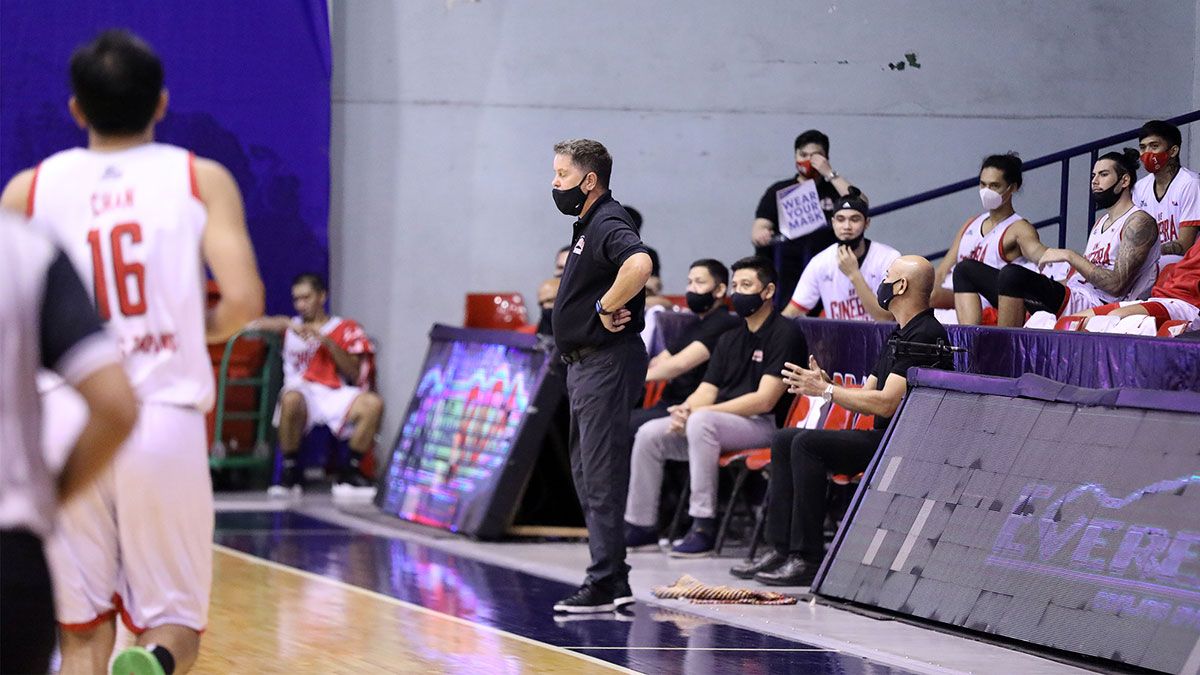 Or maybe, he's merely unyielding and set in his own ways that he must insist on clinging to something old and nostalgic, never mind if the magic is long gone.

"Triangle offense not a problem anymore to any team, antidote and vaccine already on the table," SPIN.ph reader Roderick Raluto commented on our Facebook page.

It's not the most eloquent expression of thought but he nailed an excellent point about how opposing teams' awareness and improved defensive schemes may have dulled Tim's triangle.

A former player turned broadcaster, who requested anonymity because he doesn't want his credentials to be yanked by a league that is allergic to criticism, told me Ginebra has the "wrong personnel " to run the triangle and the continued insistence to apply it will only lead to disaster.

Staring at Ginebra's hideous 3-5 card, which is tarnished further by an embarrassing loss to perennially less-talented Terrafirma, how can you disagree?

The Gin Kings roster has dinosaurs that are too old to stick to the discipline demanded by the triangle and too many rookies that are too young to understand its complexity.

I do, however, understand where Cone's stubborn insistence is coming from.

The triangle, if executed properly, is a product of genius that encourages community play through a motion offense that does not require set plays.

But what if Japeth Aguilar and Christain Stanhardinger do need set plays to exploit their size advantage down low?

And did the Ginebra coaching staff ever entertain the thought that the slow and probing nature of the triangle may have made run-and-gun happy Stanley Pringle, LA Tenorio, and Scottie Thompson ineffective?

Sadly, Ginera's troubles have more sides than a triangle.

There's also a dearth in the rotation with only eight to nine players seeing meaningful action.

There's a reluctance to give playing minutes for rookies at a time when more bodies are needed in an abrupt schedule that sometimes mandates back-to-back games.

And there is the obvious lack of a true point guard to relieve a slowly calcifying L.A. Tenorio.

I find the rigidity and old-school values of coaches like Tim Cone to be endearing. But by the same token I also want a leader to be flexible and willing to adapt to the changes ushered by the modern game.

Like music that never gets old, there can be a time and a team for the triangle offense to work. And It's not Ginebra San Miguel 2021.

The 3-5 hell ride the Gin Kings are going through right now is telling you just that.