SCOTTIE Thompson again proved to be a thorn in the side of Meralco.

The high-flying guard buried a clutch three-pointer that proved to be the killer blow in Barangay Ginebra's 115-110 win over Meralco, moving the Kings on the brink of retaining the PBA Governors Cup title.

Thompson nailed the trey with 2:17 to play, capping a run of seven unanswered points by the Kings that hiked their lead back to 105-97.

Prior to that telling run, the Bolts were threatening at 98-97. 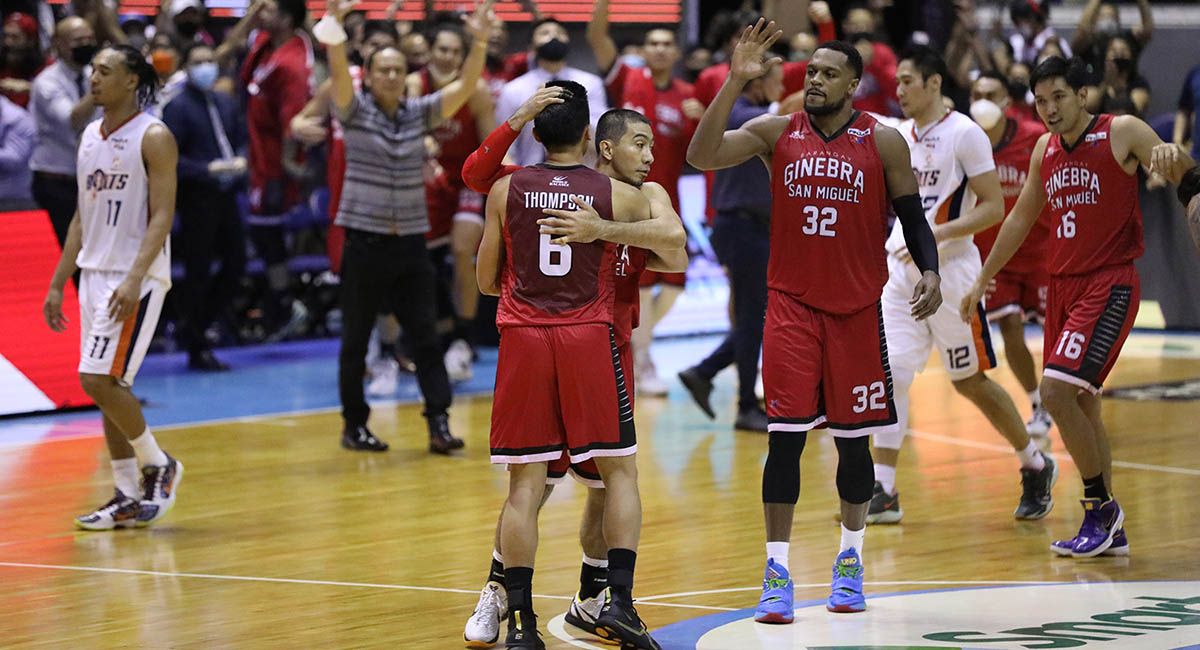 Thompson later referred to the shot as 'lucky.'

"Lucky shot," said Thompson during the post-game interview inside the Willie Caballes Hall, drawing a smile from coach Tim Cone who was seated beside him.

The three-pointer brought back memories of Thompson nailing the game-winner from beyond the arc in Ginebra's do-or die Game 5 in the Philippine Cup semifinals inside the Clark bubble thay denied Meralco a finals berth.

This time the Bolts are still alive, but the Kings have now taken over the series, 3-2, and could clinch the season-ending meet again for the second straight time with another win in Game 6 on Wednesday.

Thompson came a rebound shy of a triple double with 19 points, 11 assists, and nine rebounds. He was 3-of-7 from beyond the arc, the last one serving as the final nail on Meralco's coffin.

"That was a pure shot," said Cone, opposing Thompson's view of the clutch three-pointer.

"It went through so clearly. There was no luck involved in that shot," added the Ginebra mentor. "That's a lot of hardwork he's put in the gym over the last four or five years making that shot."