LA TENORIO came through in the clutch, leading Barangay Ginebra to a gritty 94-87 comeback win over Phoenix Super LPG on Wednesday in the 2021 PBA Philippine Cup at the Don Honorio Ventura State University gym in Bacolor, Pampanga.

Tenorio scored 23 points while making six of 11 attempts from three-point distance - none bigger than the trey he hit inside the final minute that gave Ginebra enough breathing room 92-87, after trailing for much of the game.

The key basket enabled Tenorio to atone for his scoreless outing against TNT and enabled the Gin Kings to move back inside the magic circle of eight that will enter the playoffs in a tie with idle NLEX for seventh on 4-5 win-loss records.

Stanley Pringle also played big for the Gin Kings, scoring a team-high 31 points as the reigning champions overcame the absence of Japeth Aguilar and a 19-point deficit early in the game to end a two-game losing slide. 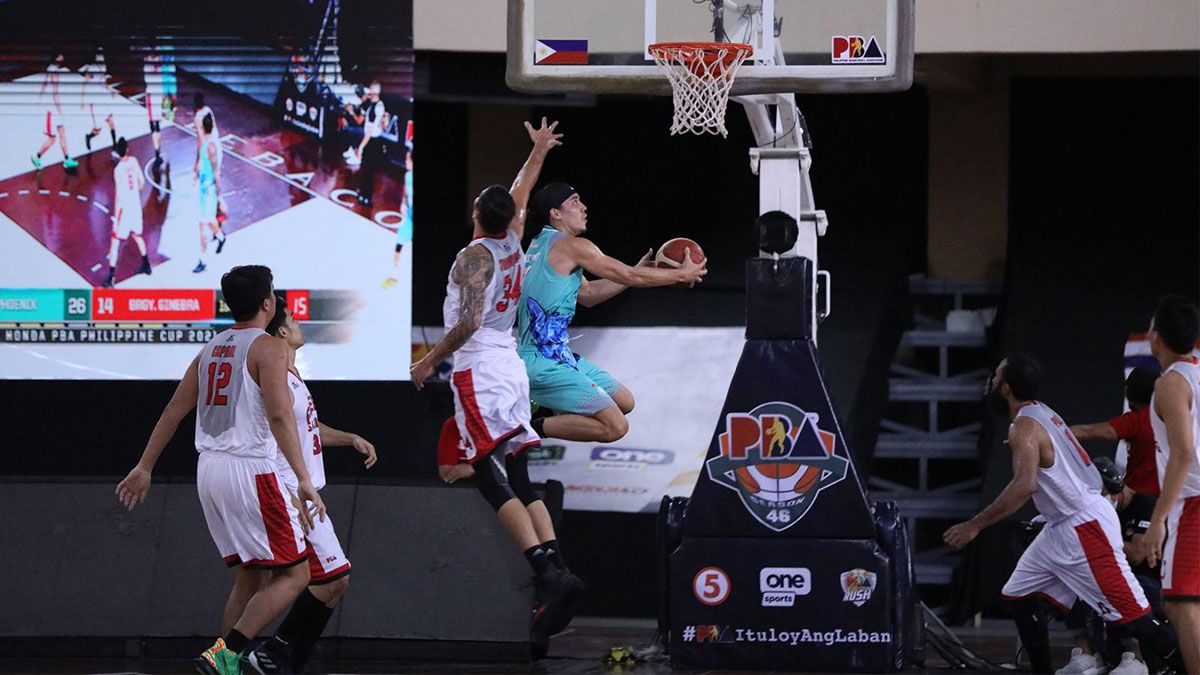 Aguilar missed the game due to a sprained left MCL that is expected to sideline him for two to three more weeks, according to coach Tim Cone.

Christian Standhardinger held the fort for the Gin Kings in the absence of Aguilar as he poured in 21 points and 12 rebounds, while Scottie Thompson also registered a double-double of 12 points and 11 rebounds.

“It was a great comeback game. It was a game that our fans would have really loved,” said Barangay Ginebra coach Tim Cone after seeing his team put on a vintage ‘never-say-die’ stand in the Bacolor semi-bubble.

The Fuel Masters dropped to ninth with a 4-6 record despite a 30-point effort by Jason Perkins. Phoenix must now beat San Miguel in its final elimination-round game in order to stay in contention for a playoff spot.

Ginebra fell behind, 33-14, late in the first quarter, but cut it to a manageable deficit when Thompson hit a desperation trey to beat the halftime buzzer, 52-46.

Phoenix was still up, 76-69, at the end of the third, and 80-69 early in the fourth before Ginebra went on a fiery finishing kick.

A 10-0 spurt highlighted by a triple by Tenorio and a basket inside by Standhardinger gave Ginebra the lead, 83-81, for the first time since early in the game.

Pringle hit a pair of baskets from there, including a lay-up that gave the lead back to Ginebra, 89-87, before Tenorio nailed that clutch trey to make it a five-point cushion.

Matthew Wright had 18 points, and RJ Jazul had 15 points for Phoenix but its two-game winning streak was snapped at the most crucial stage of the conference.