BARANGAY Ginebra's 3x3 unit lived up to its team's never-say-die spirit after beating Northport in sudden-death for the last berth in the knockout stage of the PBA 3x3 Lakas Ng Tatlo on Sunday.

The Kings beat the Batang Pier, 21-16, in the battle between the third best teams of Pools B and C to determine the No. 8 team in the quarterfinal round. 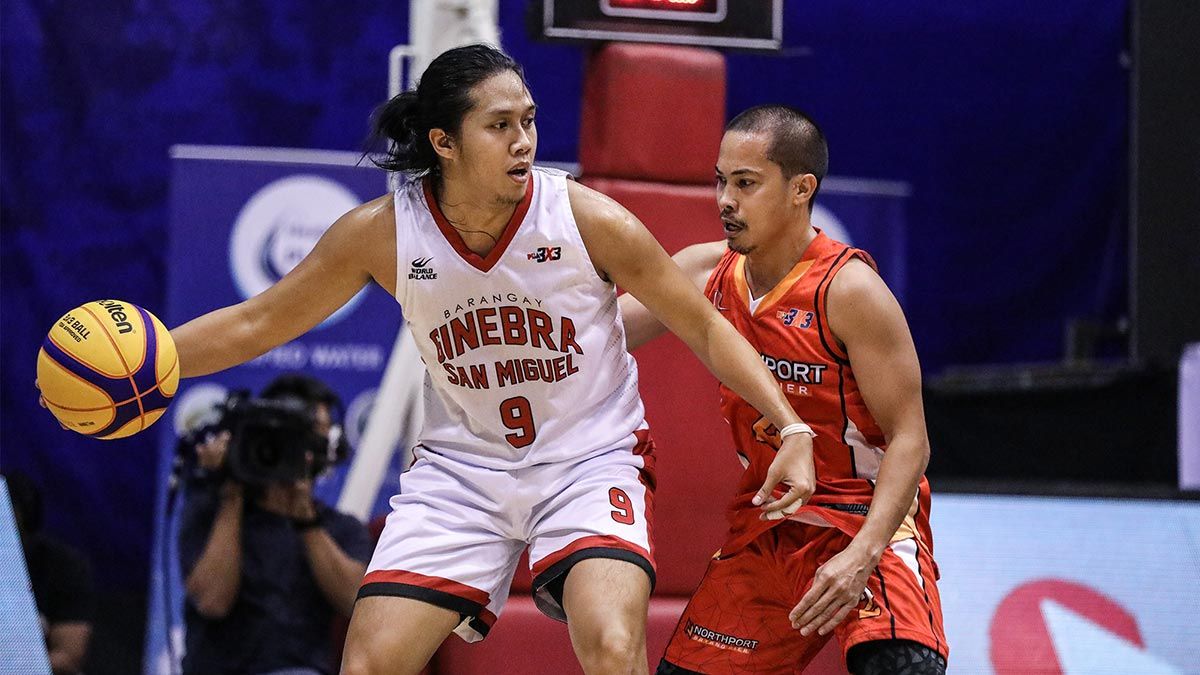 Ginebra's Mikey Cabahug tries to get past Northport's LA Revilla.

The Kings and Batang Pier finished as the third best teams in Pool C and B, thus necessitating the winner-take-all match for the final berth in the next round.

Almond Vosotros clinched the Tropang Giga’s fourth straight win when he hit the game winner in the extra period.

Platinum fell to 3-1 and clinched the no. 2 spot in the group, followed by Purefoods TJ Titans (2-2).

Platinum faces San Miguel in the quarterfinals, while the Titans go up against Terrafirma Dyip.

The other match up will have Pool C no. 1 Meralco facing Cavitex.

In earlier results, Pioneer Pro Tibay finally got to play in the tournament after securing the needed medical clearance from the Games and Amusement Board, and immediately made its presence felt after dealing San Miguel its first loss in Pool B, 22-18.

Unfortunately, its two forfeited games during the opener against Cavitex and NorthPort obviously hurt its cause as it bowed out of contention for a berth in the knockout stage.

In Pool C action, Meralco went to the knockout stage unbeaten in three games by making short work of Barangay Ginebra earlier, 21-12, while Terrafirma secured the no. 2 berth in the same group by beating winless Sista Super Sealers, 21-11, for a 2-1 record.