Unlike SMB, Ginebra has no plan to break up core - yet, says Cone

BARANGAY Ginebra is not pushing the panic button as far as making personnel changes is concerned with their core already into their late 30s, and its counterparts recently making efforts to get younger.

Head coach Tim Cone said management is aware about the need of the Kings to get younger with the likes of LA Tenorio, Japeth Aguilar, and Stanley Pringle already in their mid-30s, citing the trade to bring in Sidney Onwubere as proof.

But Cone said the core remains in their prime and still has a lot to offer in the coming conferences before making the transition of getting younger.

“Yes and no,” said Cone when asked during the Power and Play program if there is a concern about the ageing core. “It’s a concern because guys are starting to play beyond their prime. Prime is really anywhere between 29 and 32. It used to be, but with the way people take care of their bodies these days, there’s an extension now. They can play at a high level in their 35, 36, 37. But after that, no doubt you start to dip and your role has to change in the team.”

“I think the organization is aware of that. Management is aware of that and they are looking for solutions. That’s why they brought in Sidney. Someone who can give us fresh legs and someone who is entering his prime.” 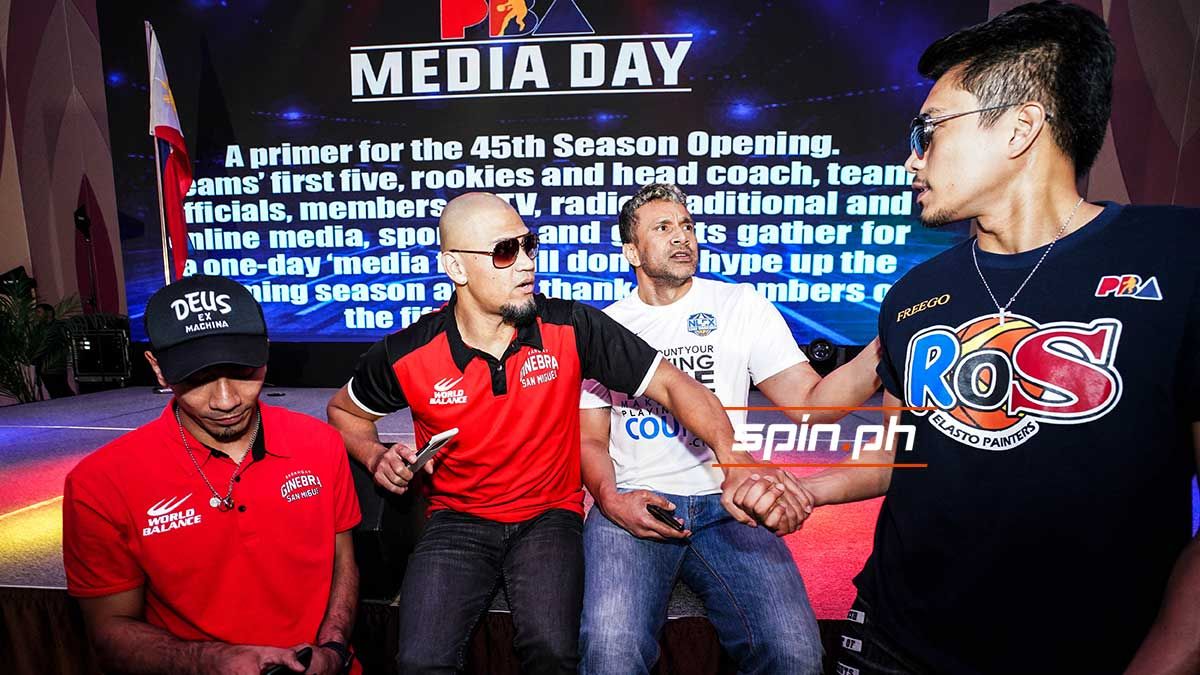 How Ginebra can keep up with fellow heavyweights

Cone said he is aware that Ginebra must keep up to the changes being made by the likes of TNT and San Miguel in which they are bringing in a mix of younger guys with the veterans, but the two-time grand slam coach also said it won’t be easy to make moves that easily.

“We have players who are finishing their prime and we have the other side of we really have really, really young guys who are not yet entering their prime. You have to start adjusting at some point. That’s what I mean that we have to continue to stay up with the Talk ‘N Texts and the San Miguels.

“Talk ‘N text made a lot of changes over the last couple of years, bringing in Erram and Williams, and still having Ryan Reyes, Kelly Williams, and Jayson. They really have a good mix. San Miguel has brought in CJ Perez, Terrence Romeo, Mo Tautuaa, so they are slowly making that transition of getting younger.”

“That’s something that our management is aware of and we are looking for avenues to do that. But we feel like LA still has a lot to give. We feel that Japeth and Stanley have a lot to give. So we are not pushing the panic button yet. There’s a realization that needs to be done. But it’s not just a snap of a finger and do it,” said Cone.

Cone said there is no plan to break up the core similar to that of what San Miguel did by trading away veterans Arwind Santos and Alex Cabagnot, two of the key pieces in the Beermen’s so-called ‘Death 5.’ Eventually though, Cone said roster changes will naturally happen, just like with past successful teams.

“We won five championships in the last four years or something like that, two of the last three before this time. Your team pays a price for that. Whether it’s the old San Miguel grand slam team back in the late 1980s, eventually, they have to change and move on. Alaska, the same thing. And with Purefoods with James gone, PJ gone, and Ping gone, that’s the core of that grand slam team. You do have to continuously change that. But it’s not that easy. There’s usually a dip before you are able to get back to where to get to,” said Cone.