CHRISTIAN Standhardinger is still in the process of learning the system of coach Tim Cone with Barangay Ginebra.

But he need not be in a hurry to familiarize himself with it since he’ll be with the team for the long haul.

SPIN.ph learned the 32-year-old Fil-German already came to terms with the Kings on a new contract that is good for three years.

Barangay Ginebra management has been mum about the signing, but a team insider did confirm both parties already shook hands and began moving forward.

Reached for his thoughts, Cone said he did hear about the contract talks, but is not privy if the 6-foot-8 Standhardinger, acquired in a trade with NorthPorth for fellow big Greg Slaughter, already agreed to the terms.

“I’m just hearing it from the horse’s mouth. I didn’t do it. I heard from management that they’re negotiating for a three-year deal, but I don’t know the details,” said the 64-year-old champion coach.

“I don’t even know if he’s actually signed it yet. I don’t get involve in contracts, but I certainly hope he did.”

Standhardinger struggled in his first foray with the league’s most popular ballclub trying to fit in with Cone’s system during the Philippine Cup, a campaign that saw the Kings fail to defend their title, getting booted out in the first round of the playoffs by eventual champion TNT Tropang Giga.

But he has since began to acquaint himself with the way Ginebra plays in the ongoing Governors Cup, where he so far averages 14.7 points, 5.2 rebounds, and 4.2 assists in four games that netted the defending champions a 3-1 record before the holiday break. 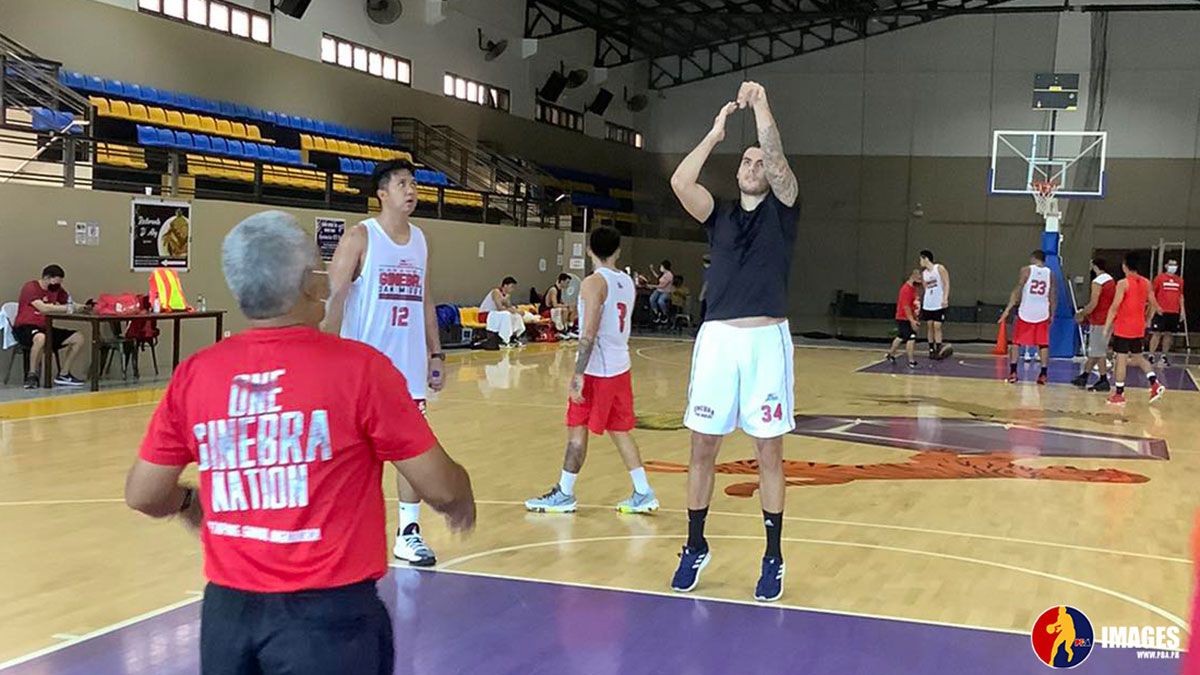 Ginebra bowed out of the Philippine Cup quarterfinals in Christian Standhardinger's first conference with the Gin Kings.

Standhardinger is shooting 55 percent from the field and scored a season-high 30 points in a 125-121 overtime win over Phoenix Fuel Masters.

Cone acknowledged the huge role Standhardinger has played for the Kings so far to complement import Justine Brownlee in tandem with frontcourt partner Japeth Aguilar.

“He’s really a unique player for this import conferences. He could battle these big guys and not be afraid of them. He’s a unique talent for our league in terms of the defensive and rebounding side,” said the Ginebra coach.

“We don’t have guys like him who would take on that battle every night against the imports and not shy away from it.”

Given the season-ending meet begins to resume by next week, Ginebra will take on unbeaten Meralco on Jan. 14 at the Smart Araneta Coliseum.