Diehard fan travels 10 hours just to see Ginebra in practice: 'It was all worth it'

MEET Christine Marie Bayugo, a diehard Ginebra fan who travelled for more than 10 hours from her hometown of Sta. Maria, Ilocos Sur and went against her parents' wishes just to watch one practice of her favorite team.

Christine swore it was all worth it.

Bayugo, an admin staff of an Ilocos cable company and a staunch defender of Ginebra on Twitter and other social networking sites, also spent for goodies she gifted her Ginebra players. She brought Vigan longanisa for coach Frankie Lim and cookies for her idols Mark Caguioa and Chris Ellis.

All the tiredness went away the moment she saw Ginebra players in the flesh.

“Worth it naman yung (9-10 hours) biyahe, wala akong kapagod-pagod na naramdaman kasi nakita ko sila,” said Christine, on cloud nine as she posed for pictures with Lim and Caguioa although she expressed disappointment after she failed to have a short chat with Ellis, who immediately left the CCF gym. 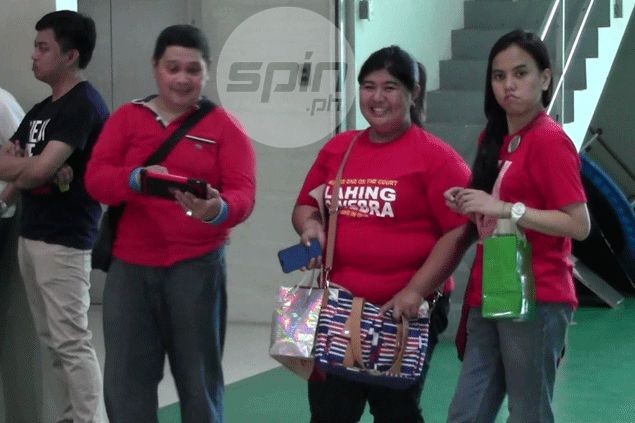 Like most Ginebra fans, Bayugo remained hopeful that the team will repay her loyalty with a championship.

Meanwhile, a longtime friend of Lim has allayed the fear of Ginebra fans, saying the multi-titled NCAA coach is bound to bring the popular team to the Promised Land.

“Sigurado 'yan, most likely papasok kaagad sa championship 'yan. Seeing his lineup of players, it will fit his style. Tapos 'yung team discipline, he can really impose that, which I think is what the team needs,” said Ding Magadia, a college friend of Lim at San Beda.

“Giving instant impact to this team will be a tall order for Frankie, pero I think he can do that. Siguro 'pag pumasok ito sa championship, buhay na naman ang Ginebra,” he added.

Watch a video of Bayugo during her visit to Ginebra's practice: