BARANGAY Ginebra surely made one fan happy on Christmas Day, although he wasn’t there to celebrate with the Kings.

On the day the Gin Kings faced the Star Hotshots in the PBA Philippine Cup quarterfinal, huge fan Ferdie Castro passed away.

He planned to be at the Mall of Asia Arena, wear one of his numerous Ginebra replica jerseys and cheer his favorite team on.

Unfortunately, the diehard Ginebra fan didn’t even get to see the tipoff as he expired just a few hours before.

The 50-year-old Castro had been confined in a hospital the last four days after he accidentally bumped a vulnerable part of the back of his head that left him lying on the hallway of their Sampaloc home.

Long before the accident happened, he had already secured a ticket, thanks to friends of his son, and was excited to watch the highly anticipated showdown on Christmas Day live.

The elder Castro, a barangay official, had been a fan since the 1980s when the league’s most popular team was still carrying the Añejo banner, and, in fact, has a collection of jerseys, tapes, and other memorabilia. 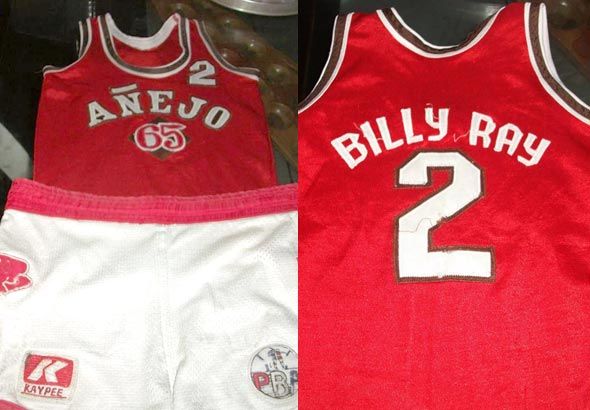 Richard said his dad knows the team’s fabled history like the back of his hand and shouts at the television to make corrections when TV commentators’ remarks don’t sit well with him.

He naturally got disappointed whenever the Gin Kings fail to live up to expectations.

Ferdie was so big a fan that he named all but one of his five children after Ginebra and sports personalities.

The Castro patriarch spared his youngest child, Angelica, from the Ginebra association.

A fun fact was that the middle child, Robert Vince, was born on November 12, 1996, the same day Ginebra faced another sister team in San Miguel Beer in a do-or-die match that dragged into double overtime.

Ferdie was watching the game with his friends at home when his wife, Wilma, felt she was about to go to labor. But like a true-blue Ginebra fan, he wanted to finish the game until the final buzzer.

Then the match unbelievably dragged on into double overtime.

“‘Ano, kaya mo pa? Sige, kaya mo pa yan,” Richard continued of the conversation between his parents, who were so late that Wilma didn’t even reach the hospital and had to give birth inside a taxi.

Despite his fandom, Ferdie never got to watch Ginebra play on Christmas Day game live. So his son, who is pals with former Lyceum captain and now assistant coach Aki Lacap and former Emilio Aguinaldo College standout Milan Vargas, asked his buddies if they could request complimentary tickets from Gin Kings forward Jervy Cruz.

Then the accident happened. Richard said his dad could still talk after they rushed him to the hospital, but fell into a coma a day later when he had to be transferred to the ICU.

The Castro family still managed to celebrate noche buena with their dad at the ICU of Gat Andres Memorial, before Ferdie passed away on Christmas Day at around 3 p.m., just a few hours before tipoff of the Ginebra-Star match.

“Simpleng umpog lang, nangyari na,” Richard said as his dad had been healthy before the accident, except for having high-blood pressure.

Still, the younger Castro believes his dad was happy in heaven when the Gin Kings pulled off the stunning come-from-behind victory in overtime behind LA Tenorio’s game-winning three-pointer in front of close to 22,000 fans.