THIS Ginebra fan has several tattoos in different parts of his body, but this latest addition is a badge of honor to go with his team’s first PBA championship in eight years.

“Parang ang sarap ipa-tattoo neto ah,” wrote Kiat who became a fan of Ginebra when it won its last championship in 2008 but began seriously following the team in 2013.

To his surprise, tattoo artist Drake Van Aizen responded that if Ginebra wins the championship, he would ink him with the logo for free. Kiat responded, “Woo alright deal ako jan.”

However, the duo were so confident that their favorite team would prevail in Game Six against the Meralco Bolts set for Wednesday at the Smart Araneta Coliseum that they decided to proceed with the tattoo a day earlier.

Kiat, an employee of the Landers Superstore whose favorite player is LA Tenorio, shared photos of his right leg sporting the new tattoo, dedicating it to his beloved team and its multitude of fans.

The 20-year old Quezon City resident said the tattoo was “worth it” as he thanked the artist who was able to finish it just before Game Six which Ginebra won 91-88 in exciting fashion via a buzzer-beating three pointer from import Justin Brownlee, ending a long wait for fans that include Kiat.

“Tumugma ang mga idea sa dapat mangyare,” said Kiat, who was unable to watch the game but followed it on the radio via a headset while at work. 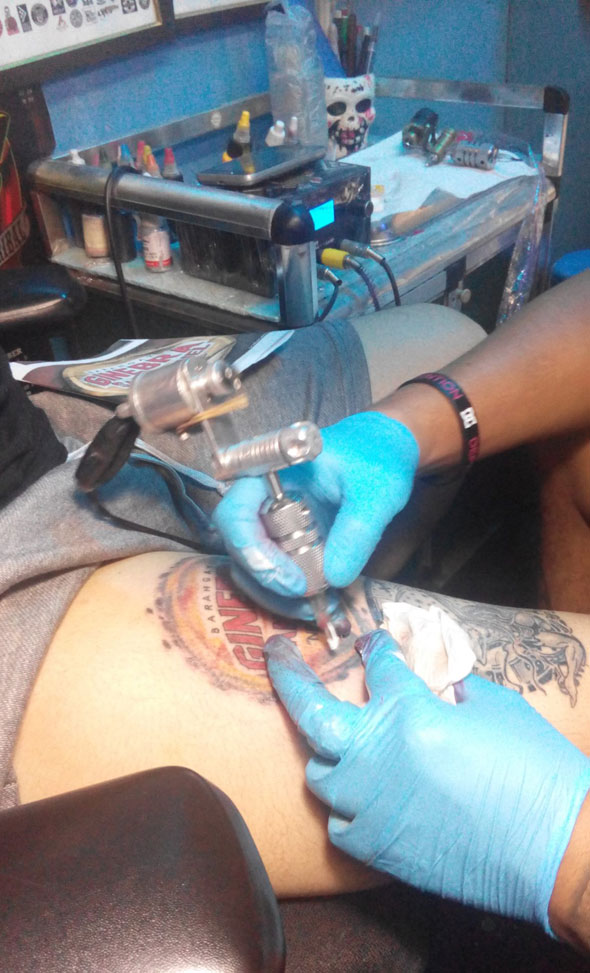