BARANGAY Ginebra clinched a seat in the quarterfinals on its final game of the eliminations in the PBA Season 46 Governors’ Cup, thanks to a hard-earned 104-93 win over Rain or Shine on Sunday at the Smart-Araneta Coliseum.

Justin Brownlee, Scottie Thompson, and Jeff Chan combined in a telling 15-0 run that enabled the Gin Kings to reclaim the lead from the Elastopainters, who were playing only for pride after being eliminated from the quarterfinal picture.

Christian Standhardinger also had an exceptional game for Barangay Ginebra, which qualified for the quarterfinals with a 6-5 win-loss record, and will be waiting for its seeding and quarterfinal opponent at the close of the eliminations.

Ginebra though will have to win twice in the quarterfinals, whichever its opponent is, in order to progress and keep its bid for another Governors’ Cup crown alive.

Ginebra coach Tim Cone was pleased with how the players responded after branding the team's previous defeat against NLEX last Friday as “unacceptable.”

“First time that we have been able to grind out a win this whole conference, relying on our defense more than our offense. I’m really proud of the guys for really grinding it out,” said Cone. 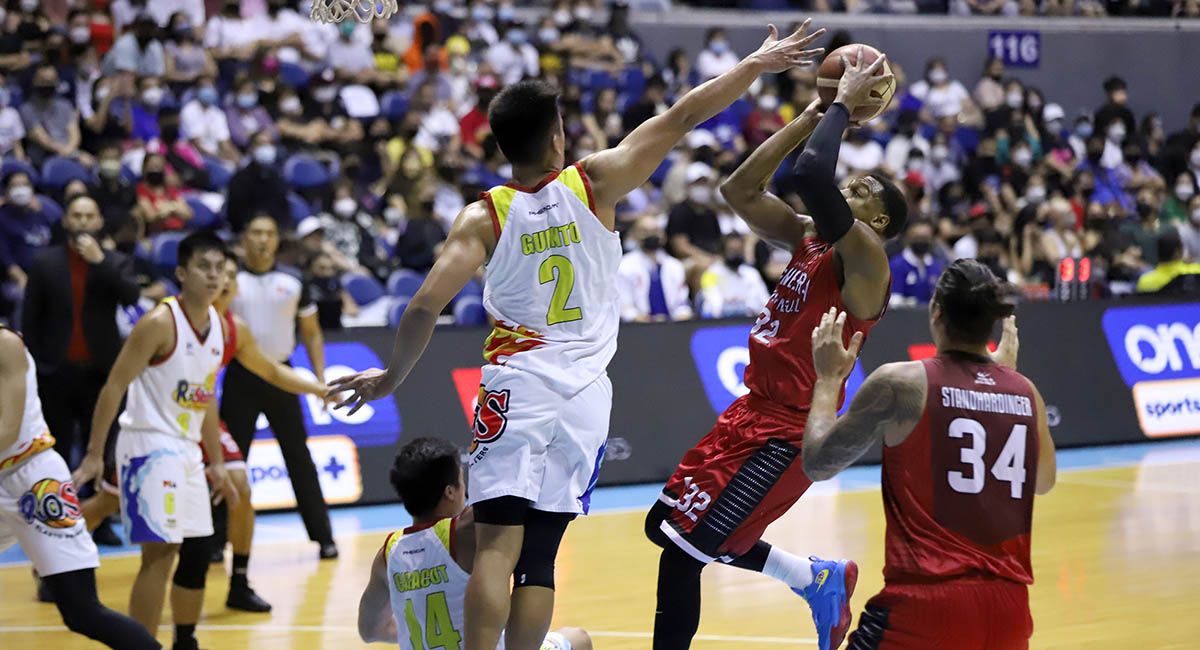 Brownlee tallied 25 points and 10 rebounds while Standhardinger added 20 points. Thompson finished with 15 points, 12 rebounds and a double-pump lay-up with 3:44 left that pushed Ginebra’s lead to 95-89.

Chan also hit critical threes including one that tied the game at 89 after Ginebra trailed by six against his former team. He finished with 15 points on 4-of-7 shooting from threes. His last trey hiked Ginebra’s advantage to 101-91.

Ginebra looked headed for another defeat after Henry Walker led Rain or Shine to an 89-83 lead.

Walker finished with 34 points and eight rebounds, while Beau Belga and Andre Caracut churned in 12 points each. Rey Nambatac only had four in the game before 6,502 spectators, the biggest crowd in the PBA during the pandemic.