The Gin Kings leaned on Justin Brownlee and Scottie Thompson in a key third quarter to beat the Bolts in Game Six, 103-92, on Friday to close another PBA season with a championship at the packed Mall of Asia Arena.

Bouncing back from his struggles after scoring just two points in the first half, Brownlee carried Ginebra on his shoulders with 17 points in the third quarter to seize control of Game Six.

Ginebra clinched the best-of-seven championship series, 4-2, before 20,224 fans to win its fourth Governors’ Cup title over the past five editions of the conference - all at the expense of Meralco.

Brownlee finished Game Six with 24 points and 16 rebounds on the eve of his 34th birthday to win the fifth PBA crown of his career, while also preserving the efforts of LA Tenorio and Christian Standhardinger in the first half. 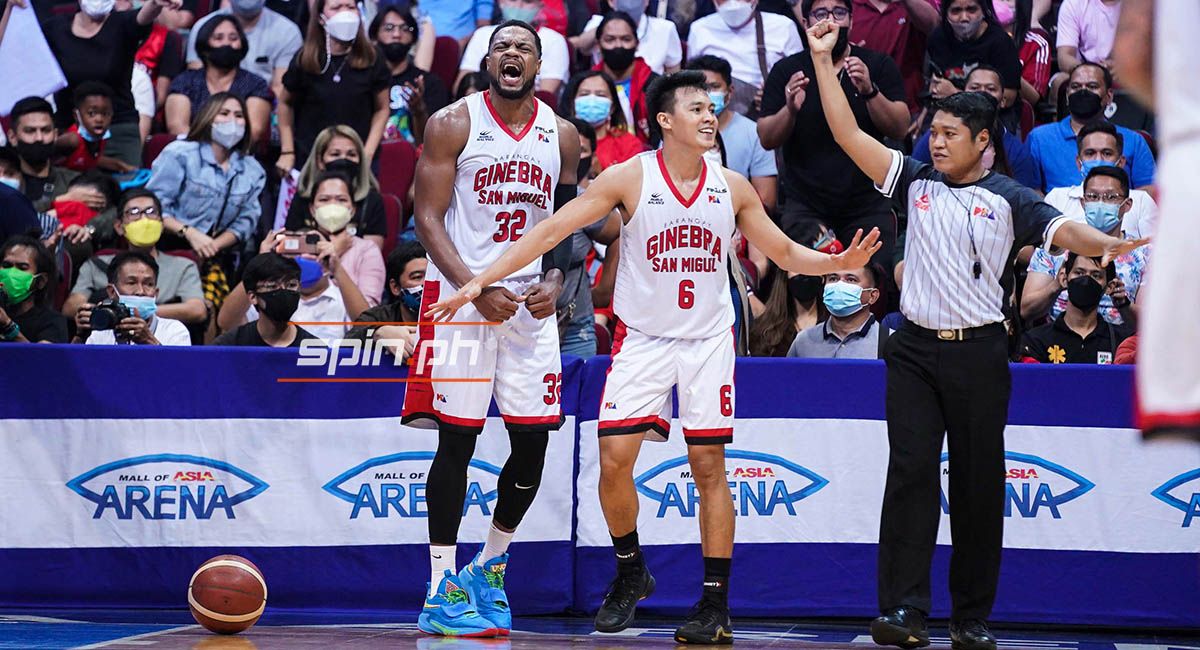 Thompson also scored eight of his 15 points in the third as Ginebra captured its 14th crown overall, surpassing Crispa and moving to a tie with Alaska and Magnolia for second most PBA titles in history behind San Miguel.

Thompson was later adjudged as the Finals MVP for his performance in the series that saw him average 17.8 points, 8.0 rebounds, and 5.5 assists.

Thompson and Brownlee joined forces in an 8-0 blast that turned a 59-56 deficit into a 64-59 advantage in the third period. Brownlee's two free throws to end an 8-0 blast enabling Meralco to grab a 93-80 lead.

The game was tied at 47 at halftime before Ginebra outscored Meralco, 31-26, in the third period. The Gins then led by as many as 16 points in the fourth period.

Tenorio had 15 points in the first half to keep Ginebra in the game. He finished with a game-high 30 points including a three with 1:10 left in the fourth for a 101-88 lead to put an exclamation point to the title victory. 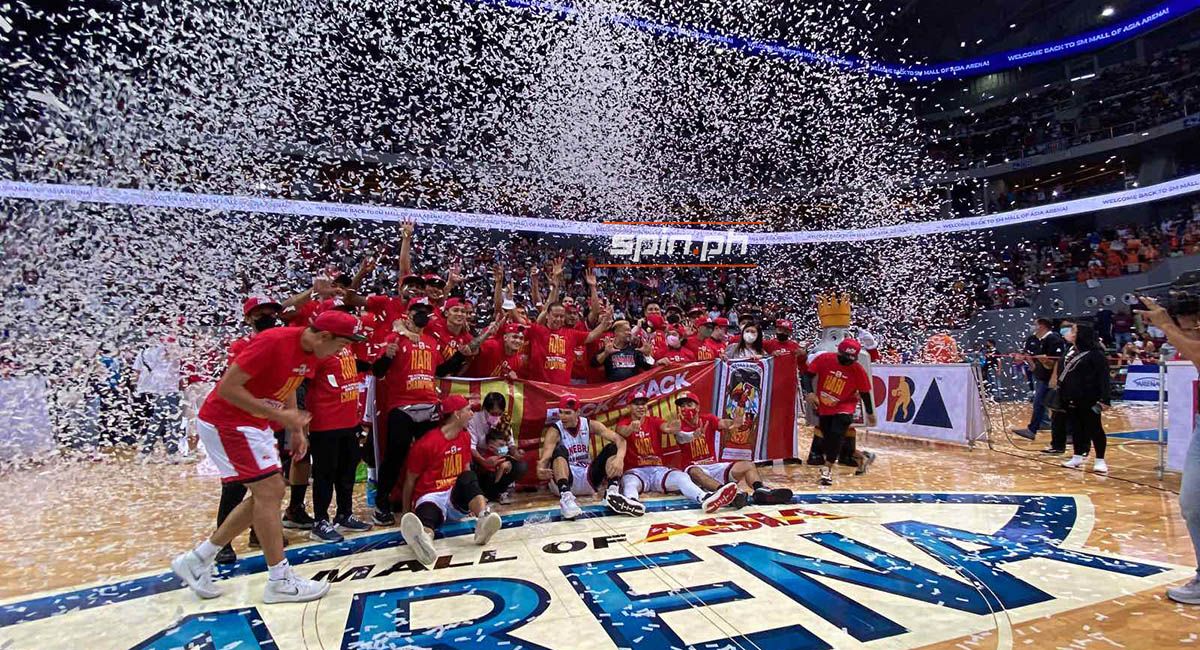 Standhardinger had 19 points and 13 rebounds as Ginebra continued to get support from other players in the finals series.

It was another finals loss dealt by Ginebra to Meralco, which remains without a PBA title for the franchise after losing the last three games of the series.

Tony Bishop had 21 points and 16 rebounds, and Aaron Black had 18 points, but they couldn't save Meralco from suffering another heartbreaker at the hands of Ginebra. Allein Maliksi added 15 points for the Bolts.