AFTER winning the conference's individual awards on Wednesday, Justin Brownlee and Scottie Thompson got the job done for Barangay Ginebra to cap the night.

The Gin Kings forced a deadlock in the PBA Season 46 Governors’ Cup Finals after a 95-84 win over Meralco in Game Four at the packed Smart-Araneta Coliseum.

The central figureswere none other than Brownlee and Thompson, who prior to the match received their Best Import and Best Player of the Conference trophies.

Brownlee and Thompson combined for 23 of the Gin Kings' 27 points in the pivotal third quarter when they pulled away to a 68-54 lead after a 41-41 deadlock at the half.

Ginebra led by as many as 20 points in the fourth, with Brownlee and Thompson also draining the clutch baskets to fend off a late Meralco charge. 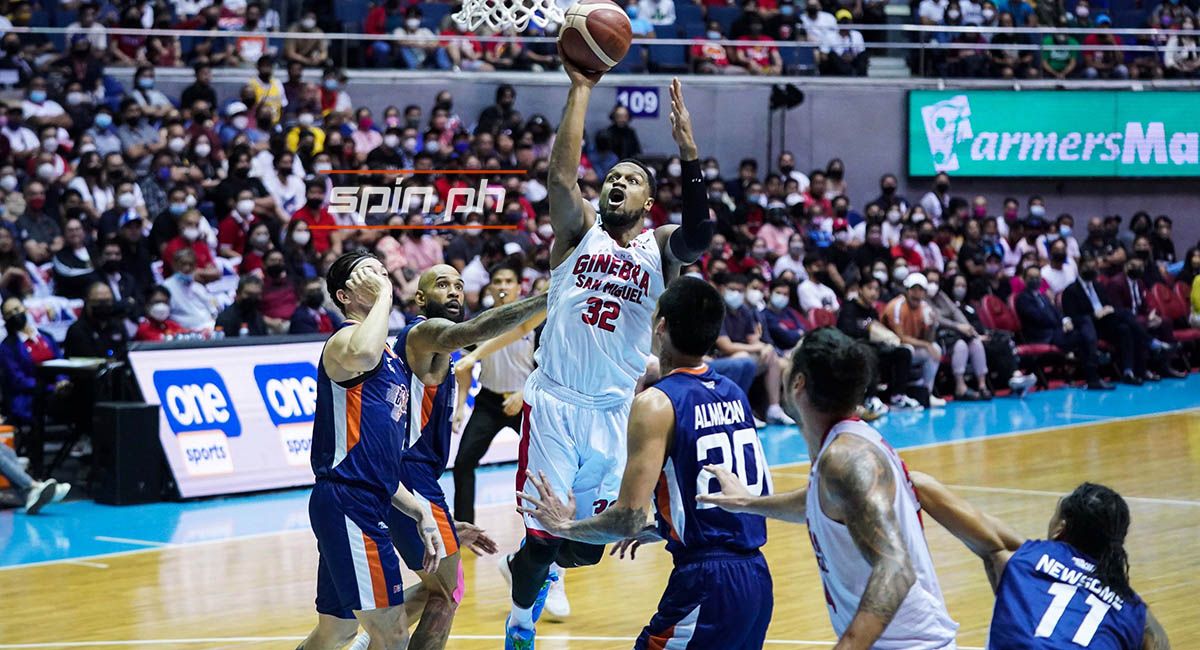 Justin Brownlee and the Gin Kings are back on track.

Their heroics enabled the Gins to tie the best-of-seven champion series at 2-2 heading into a Holy Week break that will be critical for both sides.

Brownlee finished with 27 points, 18 rebounds, and seven assists, while Thompson also had 27 points, a conference-high for the first-time winner of the BPC.

A total of 17,298 fans, mostly supporters of Barangay Ginebra, attended Game Four, the biggest crowd in a sports event during the pandemic.

“That’s when we're at our best when everybody is contributing and working on the offense and defense side. I thought we played our best game of the series today,” said Cone.

Tony Bishop had 25 points, while Chris Newsome added 15 points but Meralco couldn’t maintain its pace after deadlocked game at halftime.