BARANGAY Ginebra and Alaska look to arrange a semifinal tiff when they play knockout games against separate opponents in the PBA 46th Season Governors’ Cup at the Smart-Araneta Coliseum.

The Gin Kings go up against TNT at 4 p.m., while the Aces take on NLEX at 6:30 p.m. after forcing a do-or-die contest for a semifinal seat.

Ginebra defeated TNT, 104-92, and Alaska beat NLEX, 93-79, last Wednesday to keep its hopes alive of advancing to the semifinals despite being a lower ranked team.

Understandably so, Ginebra and Alaska were not in a celebratory mood when they were able to capture the win.

“I don’t want to make too big of a deal about this game. All we did was even out the odds,” said Barangay Ginebra coach Tim Cone. “They have the overwhelmingly big odds coming into the series and now, we kinda halved those odds. They are still the favorites.”

Ginebra will be playing against a new face on the other side with TNT activating Leon Gilmore III to replace Aaron Fuller, who suffered a calf injury during the first quarterfinal match.

TNT eyes to bounce back from that defeat with the Tropang GIGA looking to contain the offense of Justin Brownlee and the rebounding prowess of Scottie Thompson as some of their goals for the knockout game. 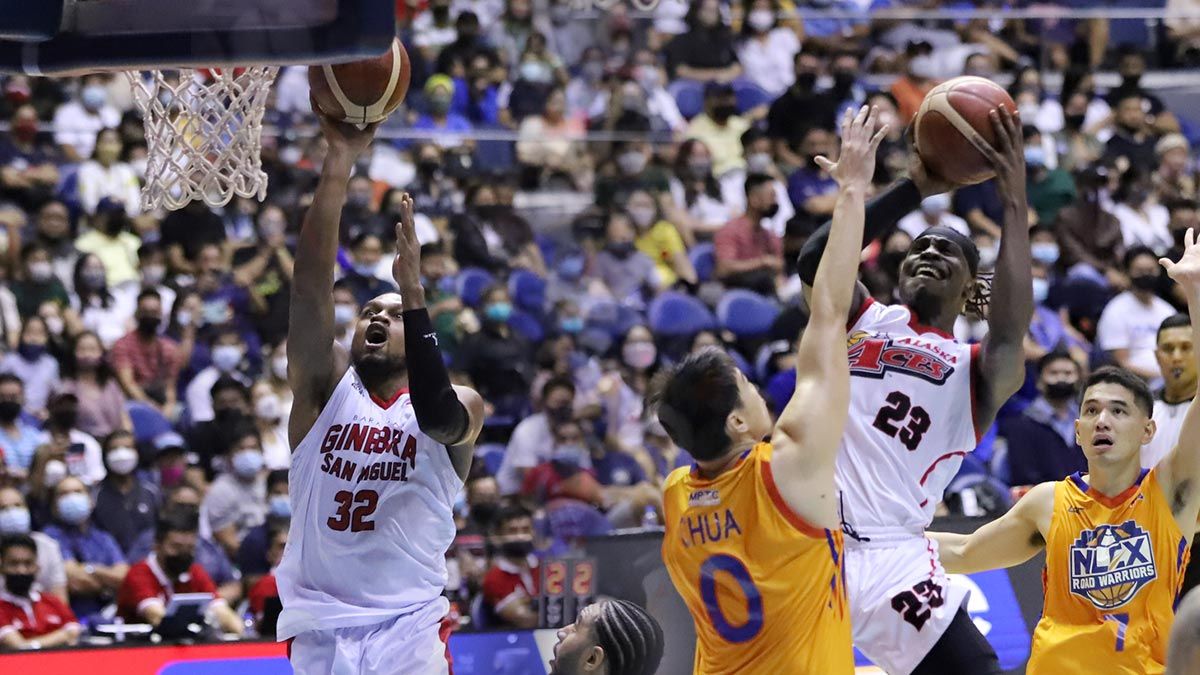 Justin Brownlee and Mark St. Fort look to complete an upste of their twice-to-beat quarterfinal rivals.

Alaska is being fueled by its determination to capture its 15th title in the final season of the ballclub in the league.

Mark Saint Fort played a solid outing in his first game as Alaska import but the locals led by Jeron Teng also played a huge role in the victory over NLEX last Wednesday.

“We expect it to be this way the whole playoffs. If you want to win a championship, you have to go through adversity of playing tough teams almost every game. You have to be ready,” said Cariaso.