FULLY recovered, Gelo Alolino is making the most out of the playing opportunity he’s been getting at Terrafirma in the PBA Commissioner’s Cup.

The 28-year-old guard played a major role when the long-suffering Dyip put an end to its long losing streak on Friday by outlasting NLEX in overtime, 124-114, at the Smart Araneta Coliseum.

Alolino finished with 10 points and six rebounds while helping quarterback the Dyip with veteran Alex Cabagnot and Juami Tiongson as coach Johnedel Cardel employed a three-guard lineup in the fourth and overtime periods.

It helped that he previously played in the backcourt with Cabagnot while the two were still at San Miguel, making the transition smooth and easy.

Too bad, Alolino went down with an ACL injury shortly after he was dealt to Terrafirma as part of the CJ Perez trade with the Beermen.

“Naka-isang game lang ako sa kanila (Dyip),” said Alolino, recalling his first and last game with the franchise was in July 2021 before suffering the major injury.

He targeted a return for the Philippine Cup, but he took his time to fully strengthen the injured knee.

“I feel (kaya ko na), pero ayokong biglain kasi naghintay na rin ako for so long. Feel ko I still needed two more months (para bumalik). So I feel perfect time itong conference,” said the guard out of National University, who expressed his gratitude to coach Johnedel Cardel and team governor Bobby Rosales for keeping their faith in him while still recovering from his injury.

Alolino, a second-pick of Phoenix in the 2016 draft, noted how he and Cabagnot suffered the same fate following their trade from San Miguel. 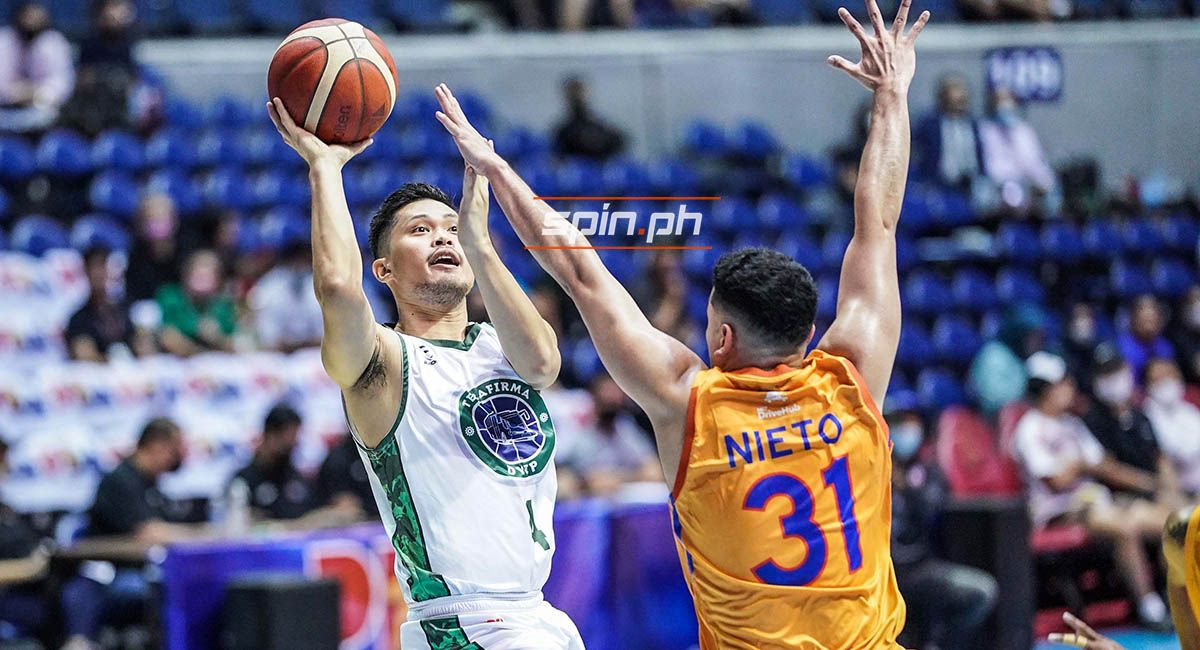 The two former Beermen helped stabilize the Terrafirma backcourt against NLEX, especially at the height of the Road Warriors' comeback late in regulation and early in overtime.

Cabagnot’s clutch three to open the extra period allowed the Dyip to regain their confidence after losing grip of a 17-point lead in the third quarter.

Alolino hopes the Dyip could follow up this morale boosting win as they look forward to their last two outings against defending champion San Miguel and Phoenix.

Following the win, the Dyip stopped the bleeding as their losing streak came to an end at 25 straight games for a 1-9 record this conference.

The 25-game losing streak though remains as the second longest in PBA history just behind the 29 of Blackwater.