TERRAFIRMA guard and former Gilas stalwart Matt Ganuelas Rosser is the latest to test his value as an unrestricted PBA free agent.

The 31-year-old Fil-Am refused the contract deal offered to him by Dyip management and can now choose his next team under the new UFA rule implemented by the league starting this year.

Ganuelas-Rosser’s old contract expired on Dec. 31 and is now free to talk with any team interested in his services.

The Olongapo-born wingman was the No. 4 overall pick in the 2014 draft, the very first batch of players who now benefits in the dawning of the new free agency rule in the 46-year-old pro league.

So far, he’s the third member of the 2014 rookie class who decided to test the market after Rodney Brondial and John Pinto, both of whom already signed new contracts with different teams. 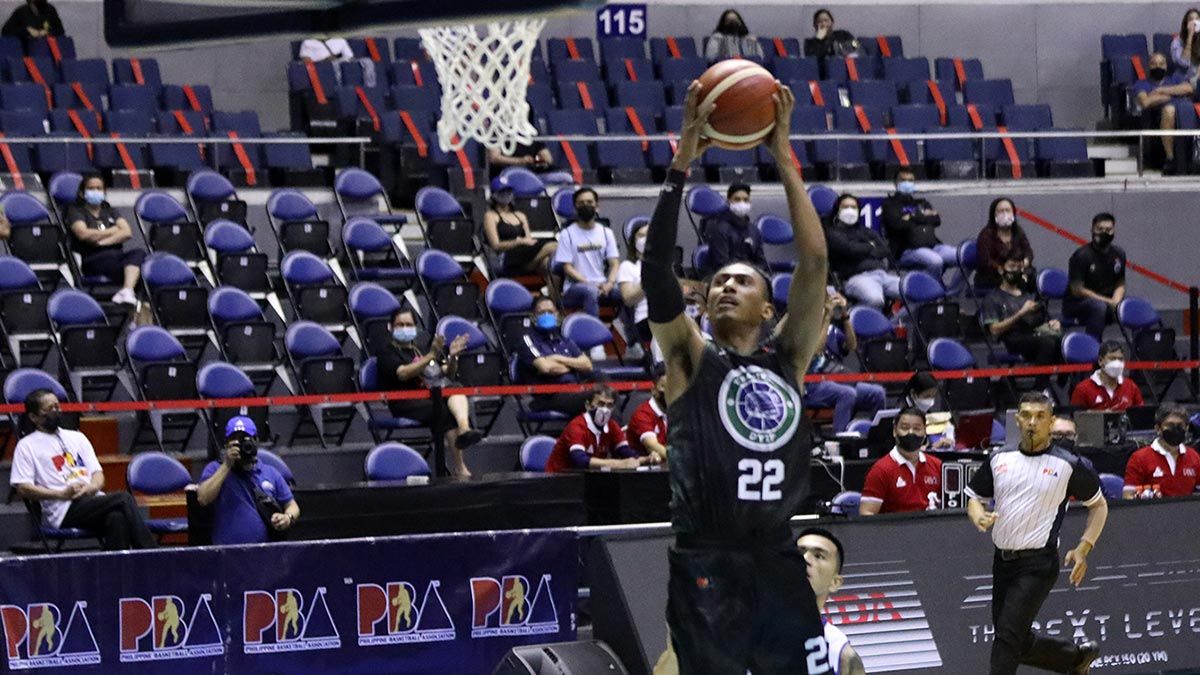 Matt Ganuelas Rosser seeks a place in a new team after a short stint with Terrafirma.

Ganuelas-Rosser was acquired by the Dyip from San Miguel prior to the season as part of the celebrated trade centering on two-time scoring champion CJ Perez.

But in the short time he played for Terrafirma, the product of Cal Poly Pomona thrived under the free-wheeling and running game of coach Johnedel Cardel as part of the Dyip’s core of Juami Tiongson, Andreas Cahilig, Roosevelt Adams, and Aldrech Ramos.

In the five games he suited up in delayed Governors Cup, Ganuelas-Rosser averaged 5.0 points, 2.0 rebounds, and 1.8 assists.

Ganuelas-Rosser was previously part of the Gilas Pilipinas pool, starting in the 2012 Jones Cup until the 2015 FIBA Asia Cup in Changsha, China.

Meanwhile, Tiongson who is also part of the 2014 draft, still has a live contract with the Dyip, according to Rosales.