BARANGAY Ginebra had an abundance of heroes emerging in Game Two of the PBA Philippine Cup Finals on Sunday that the Gin Kings hardly needed LA Tenorio in their 124-118 overtime victory over San Miguel Beer in Lucena.

The Gin Kings star playmaker was limited by foul trouble, picking up his fifth foul with still over eight minutes left in regulation, restricting his playing time the rest of the way.

Yet it hardly mattered as Joe Devance, Scottie Thompson, Sol Mercado, Japeth Aguilar, and Kevin Ferrer rose to the occasion in tying the series at one-all.

And he’s proudest of the young guns, particularly Thompson, who flirted with a triple-double and reset his personal rebounding record, and Ferrer, who fired all but three of his 21 points in the second quarter – probably the most by a rookie ever in a finals quarter, according to chief statistician Fidel Mangonon III.

“I’m sure maga-adjust ang San Miguel,” he was quick to add. “Basta ang lagi lang namin sinasabi sa kanila is to be aggressive.” 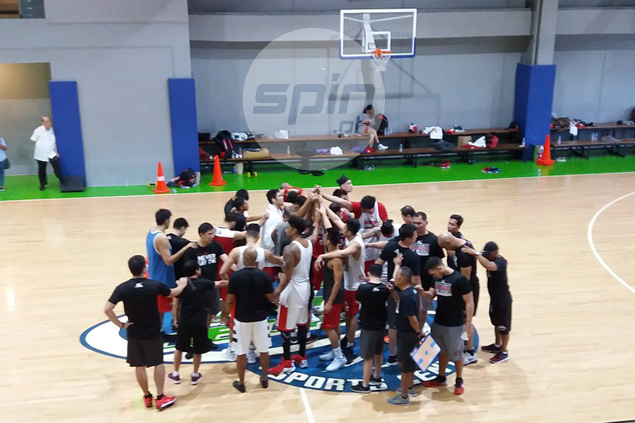 After picking up his fifth foul, Tenorio went back and forth on the bench in the fourth quarter and played just 12 seconds in the extra session, also due to matchup reasons, according to coach Tim Cone.

“We were trying to conserve his fouls and we were taking him off for defense and try to play him for offense, we’re doing offense-defense substitutions,” Cone explained. “And it just happened that they went big with Arwind (Santos), (Gabby) Espinas, and Yancy (de Ocampo) for a while, so they had three bigs out, and so we tried to match up with three bigs also.”

Still, Tenorio played 33 minutes in all and scattered 15 points on 5-of-11 shooting, five assists, and two boards, against only one turnover as a starter. And he hopes to play better in Game Three where the Gin Kings seek to take a 2-1 lead in the series.