HIS was a true Cinderella story, rising from the streets of Cebu to become one of the most popular guards in the PBA.

Success, however, was fleeting for Jimwell Torion.

As fast as his rise was the downward spiral for the career of a player who, seemingly by fate, came to be known as 'Tora Tora' after he got embroiled in a drug controversy back in 2003.

After testing positive and getting banned indefinitely by then commissioner Noli Eala, Torion was able to return after an eight-month layoff but was never the same again.

A year later, his once-promising PBA career was over. Just seven seasons after being brought in as a direct hire of Red Bull, the Cebuano guard was out of the league at the age of 34.

Needless to say, life from there wasn't easy.

“Grabe talaga struggle pinagdaanan ko," the 5-foot-9 spitfire told SPIN.ph as he looked back on a colorful career after playing a 'ligang labas' game in Marikina City.

As money ran scarce, so did true friends.

Torion, though, never once gave up, determined to tide his family over through the tough times.

He relocated to Cebu and put the house he was able to buy in Manila up for rent. Rent money and help from close relatives took care of the family's needs and the children's schooling. 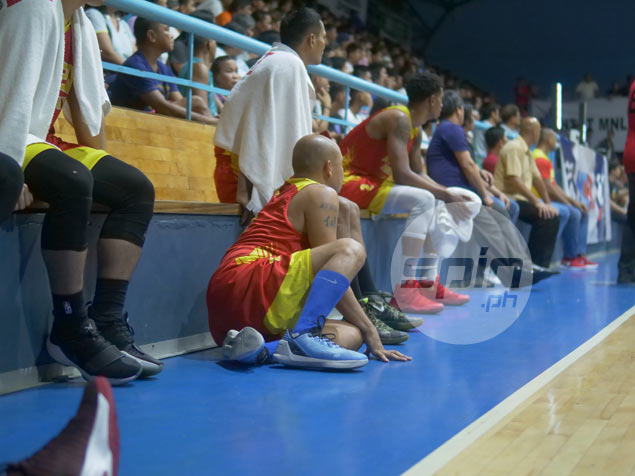 He also became a fixture in 'ligang labas' games, accepting invitations left and right and accepting whatever amount he is given, even if most of the time the money isn't enough.

Years passed and Torion is starting to turn the corner.

Torion is determined to see the rest of the brood through. His second child, Jamellah, wants to become a teacher while his son and namesake, Jimwell Jr., and the youngest, Carl Rome, now play for secondary and tertiary teams of Jose Rizal University. He has another daughter, Jannah.

Not all his friends, it turned out, abandoned him. Former Red Bull teammate Kerby Raymundo gave him a chance to train his kids - and it has opened up a new window of opportunity for the former PBA star.

Life still isn't easy for Torion, and there are days when he's still filled witgh regret over a PBA career that was laid to waste. But he's determined to fight on for the sake of his children.