THERE'S life after the PBA for Edward Aquino.

Once the most recognizable - and at times most controversial - game official in the pro league, Aquino has found a new playground where there’s less prying and significantly less attention.

The administrator of the commercial league’s Facebook page said Aquino is now associated with the Basketball Referees Association for Schools, Colleges, and Universities (BRASCU), where they get their pool of game officials from.

“The Brascu scheduler makes their assignments,” the page administrator wrote in an online chat with SPIN.ph when asked when Aquino usually calls the league’s games.

Brascu is one of the biggest referees' groups in the country, regularly providing officials for major collegiate leagues like the UAAP and the NCAA.

As a member of the Brascu pool, Aquino can be tapped for any leagues under the group's auspices.

[See Wondering why referee Edward Aquino is no longer oficiating in playoffs? Here's why]

PBA media bureau chief Willie Marcial confirmed on Tuesday that Aquino is no longer part of the PBA referees’ pool, his absence noticeable since the last Governors’ Cup playoffs.

Marcial said the league allows its referees to moonlight in other leagues with permission.

But in the case of Aquino, Marcial said he is one of three referees whose contracts were not renewed for this season, the other two being Art Herrera and Jun Marabe. 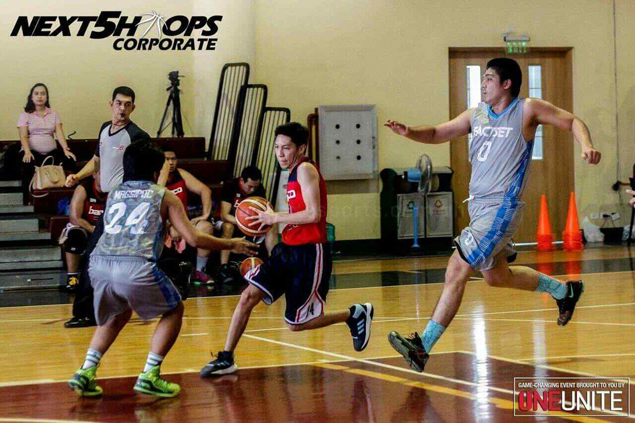