However, he looked as excited as a kid on a Christmas morning when he learned that the PBA for the first time ever was headed to his hometown - not just for one game but maybe for an entire tournament.

Long hopes to be there to welcome the PBA family, after all he was once a part of it, if only coronavirus lockdown rules would allow it. 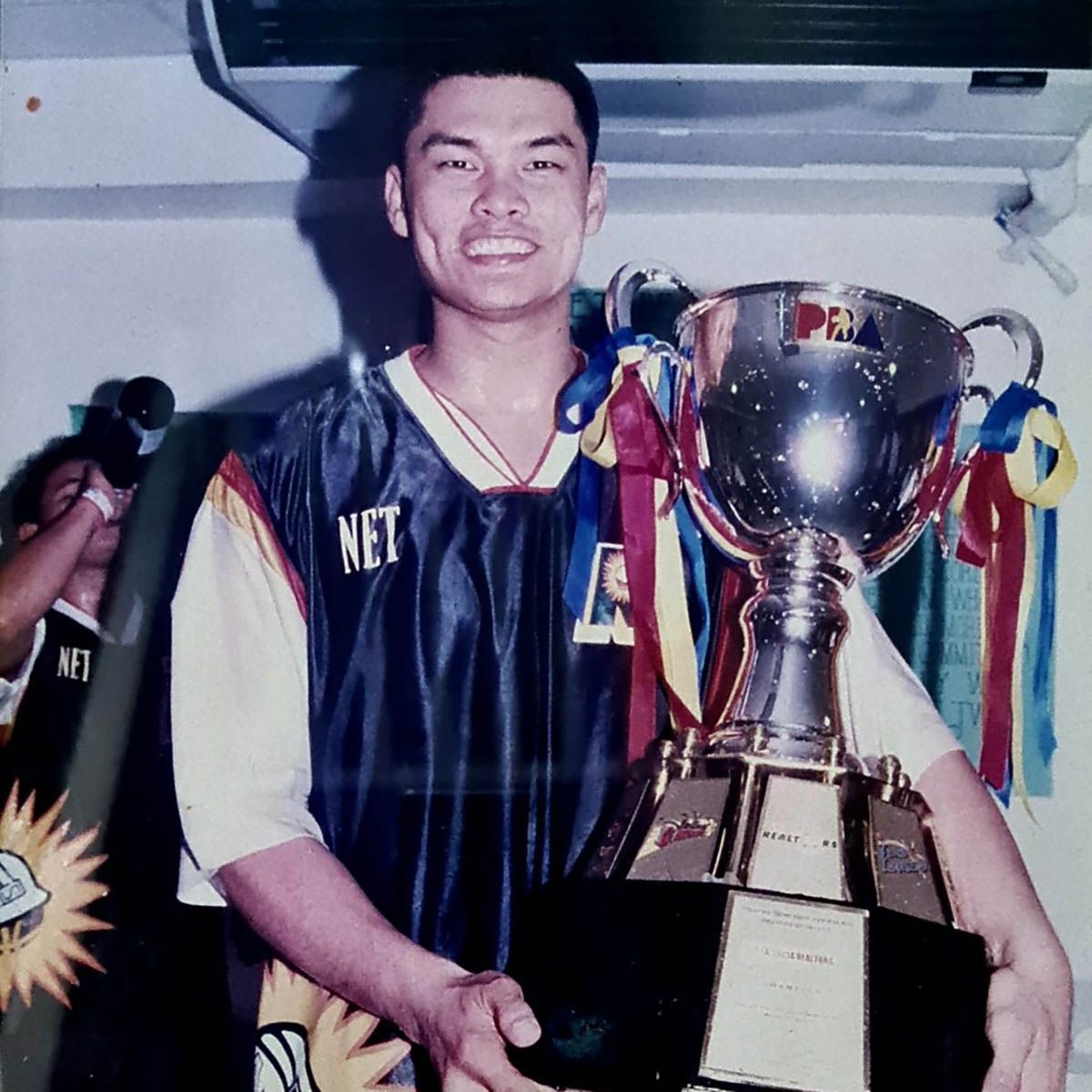 Long is one of two players from Bacolor, Pampanga, who realized what was then every kid's ultimate basketball fantasy: to play in the PBA. The other is Richard Bognot, who was signed by Formula Shell in 1990. Both of them were first-round draft picks and they stayed long enough to make a living out of basketball. On top of that, they were part of champion teams too.

Now 47, lean and looking not much different from the player he was, Long owes his life of comfort to basketball. So it's surprising to hear that he doesn't follow the games regularly anymore. 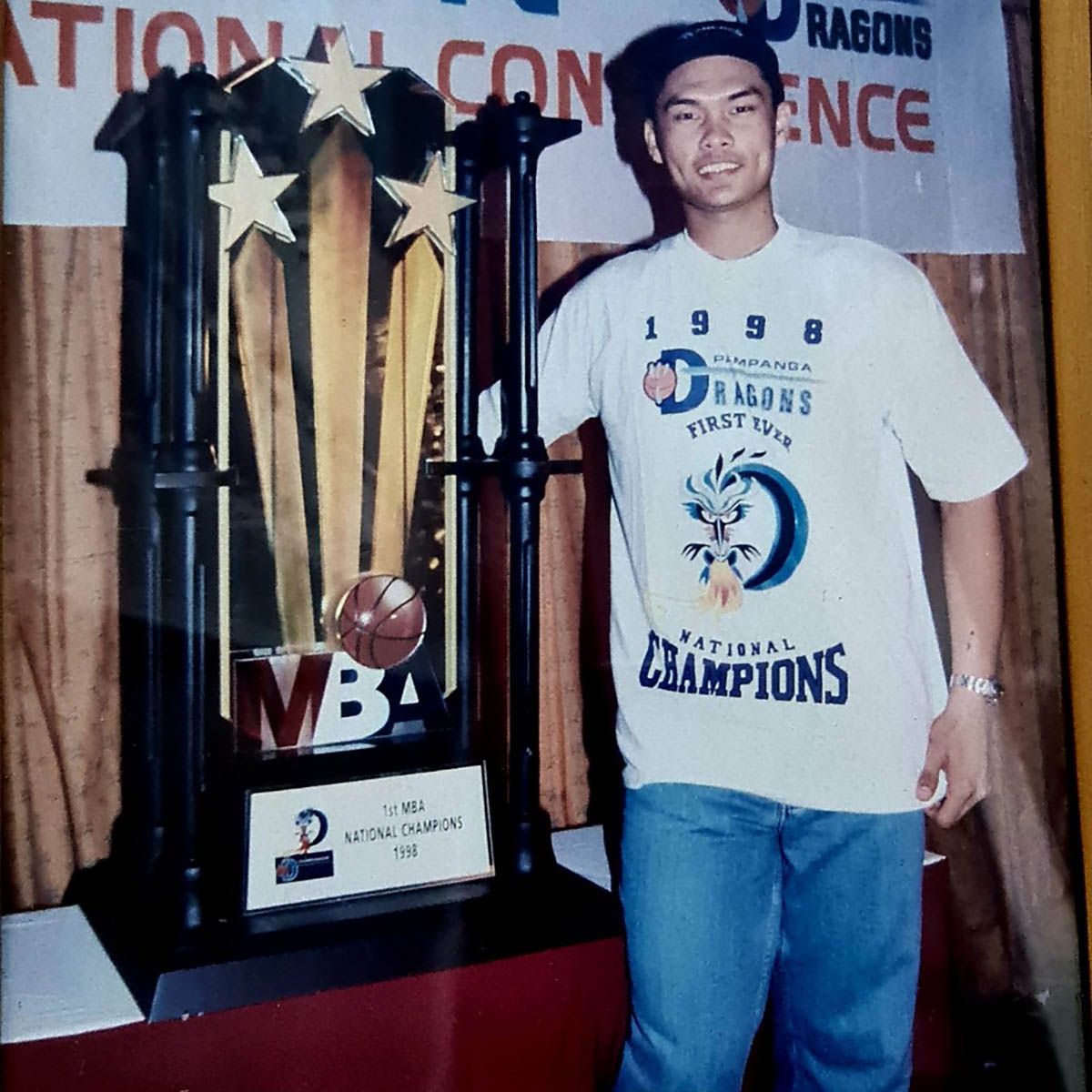 His time may have passed, but Long does not look like a man who has any regrets. He was that kind of player who managed to squeeze every bit of talent and energy from his 6-foot-5, 220-pound body.

He was not a superstar nor was he spectacular, but Long had a career that most players would die for, the highs far outstripping the lows. And he was a winner.

Consider the highlights: seven seasons in the PBA, including championships with Sta. Lucia Realty in 2001 and Talk 'N Text in 2003; a championship with the Pampanga Dragons in the inaugural season of the Metropolitan Basketball Association, where Long got his mojo back after spending his PBA rookie year mostly on the bench at Sta. Lucia behind Jun Limpot and Dennis Espino; a championship with Burger Machine under coach Perry Ronquillo in the PBL; and back-to-back UAAP titles with the Far Eastern University Tamaraws in 1991 and 1992, where Johnny Abarrientos and Victor Pablo were among his teammates. 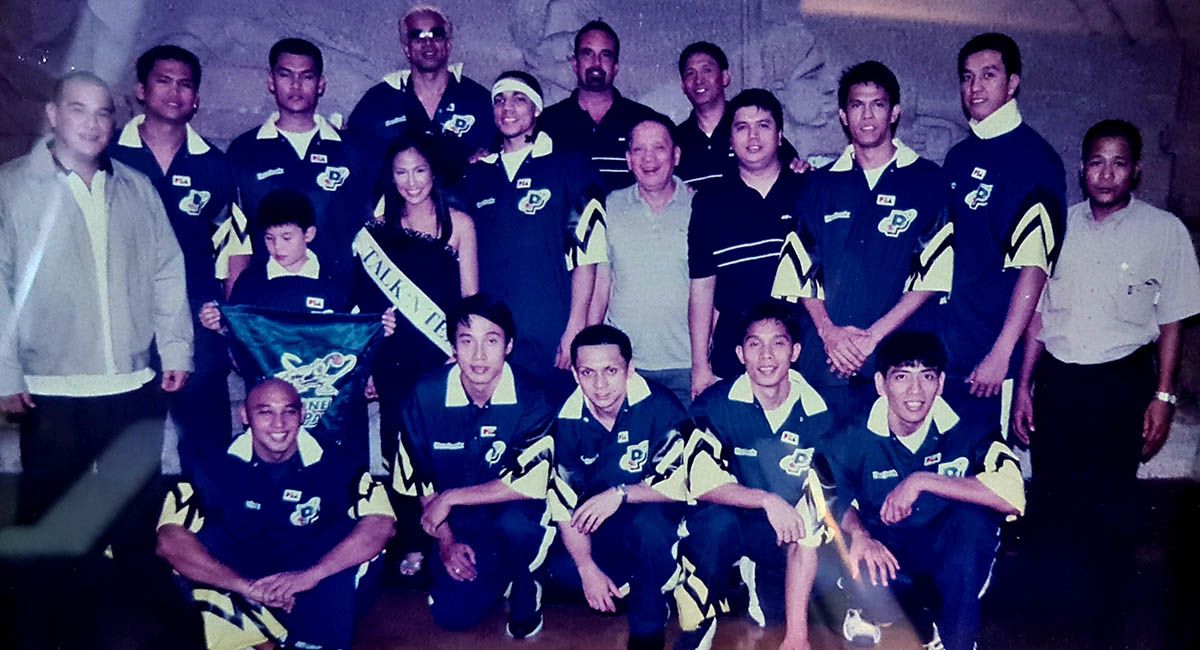 And that's not all: Southeast Asian Games gold medals with Philippine teams under coach Tembong Melencio (1993) and Joe Lipa (1995) and stints in the ABC Youth (1992) and Men's Championships (1994).

Not bad for someone who took up basketball at a later age than most players that a career as a professional seemed a longshot, if not implausible.

It all began at St. Mary's Academy, where Long, the son of a tricycle driver, was a working student from his freshman year until his high school graduation. Among his tasks was cleaning up after the chaos wrought in the classroom by restless preschoolers. 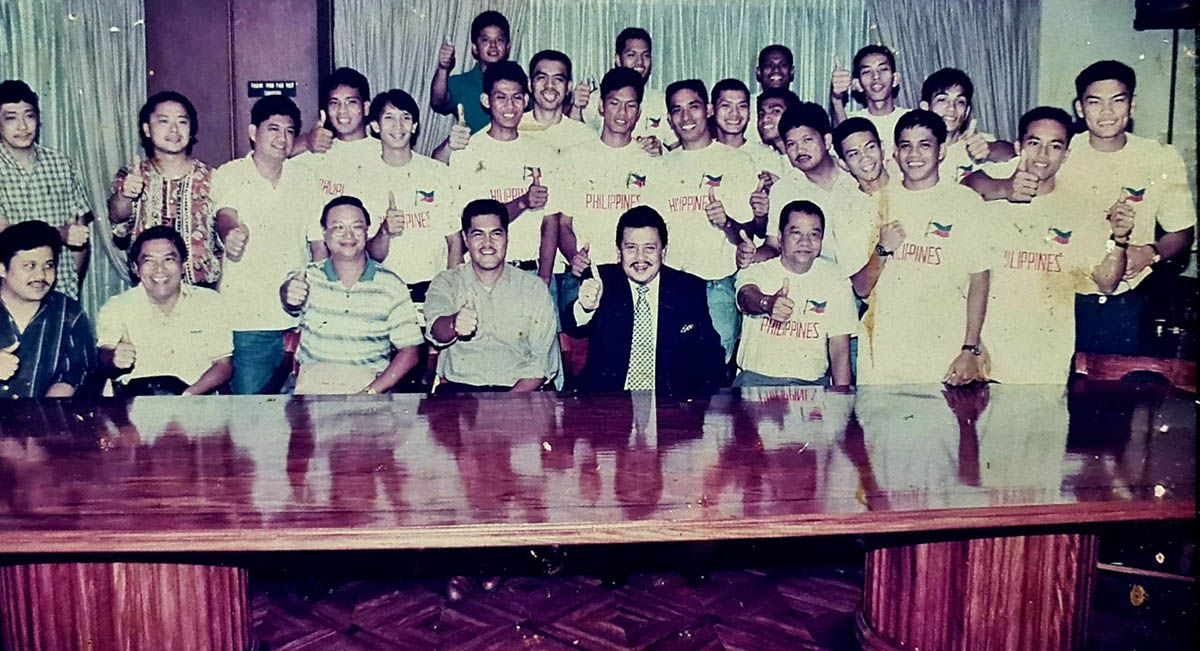 For his school allowance, Long would sometimes take over his tired father and drive the tricycle after school. "Minsan ang sakay ko classmate ko pa," he says.

Between hitting the books and working, there was little time for basketball. And it wasn't until he was a sophomore that Long tried the sport, encouraged by classmates who saw his size as an asset waiting to be tapped.

An agreeable person, Long did not want to disappoint his classmates.

So on the school's outdoor court that sometimes turns into a lake during the rainy season, Long, wearing Chuck Taylors, had his first taste of basketball and experienced an epiphany: he liked the game.

Luck certainly played a part in his first basketball contract after college. The Crispa White Cement team in the PBL, coached by Bogs Adornado, had their eye on an FEU player so they scheduled a practice/tryout in the campus. Only nine players showed up after rains and flooding held up the others. So they asked Long to fill in. Crispa ended up taking Long ahead of the player they were initially recruiting. They paid him P12,000 a month. By the time he left the PBL for the PBA years later, Long was earning more than any player in the league.

Thanks to his earnings from basketball, Long is set for life. Together with friends, he is now a contractor for construction projects. He also rents out a home for expats in Pampanga while his wife, Maggie, runs her own business.

He still enjoys recalling those days when he shared the court, as teammate or opponent, of the top players of his generation: Abarrientos, Limpot, Marlou Aquino, Kenneth Duremdes and the post-PBA version of Ato Agustin, among others.

But the thing that Long and Maggie are now proudest of are the academic achievements of their sons. 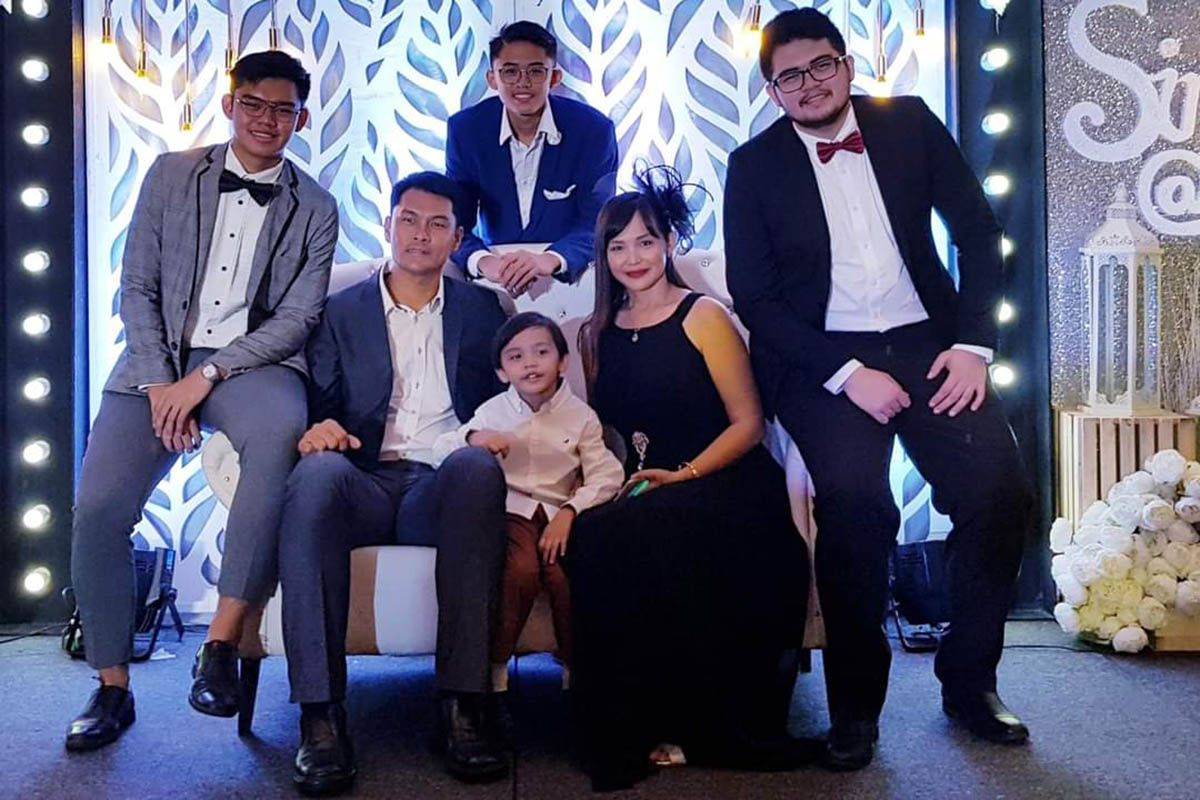 Then there's six-year-old Drake Alton. Long considers him a "bonus." He just might be the next basketball player from the family. 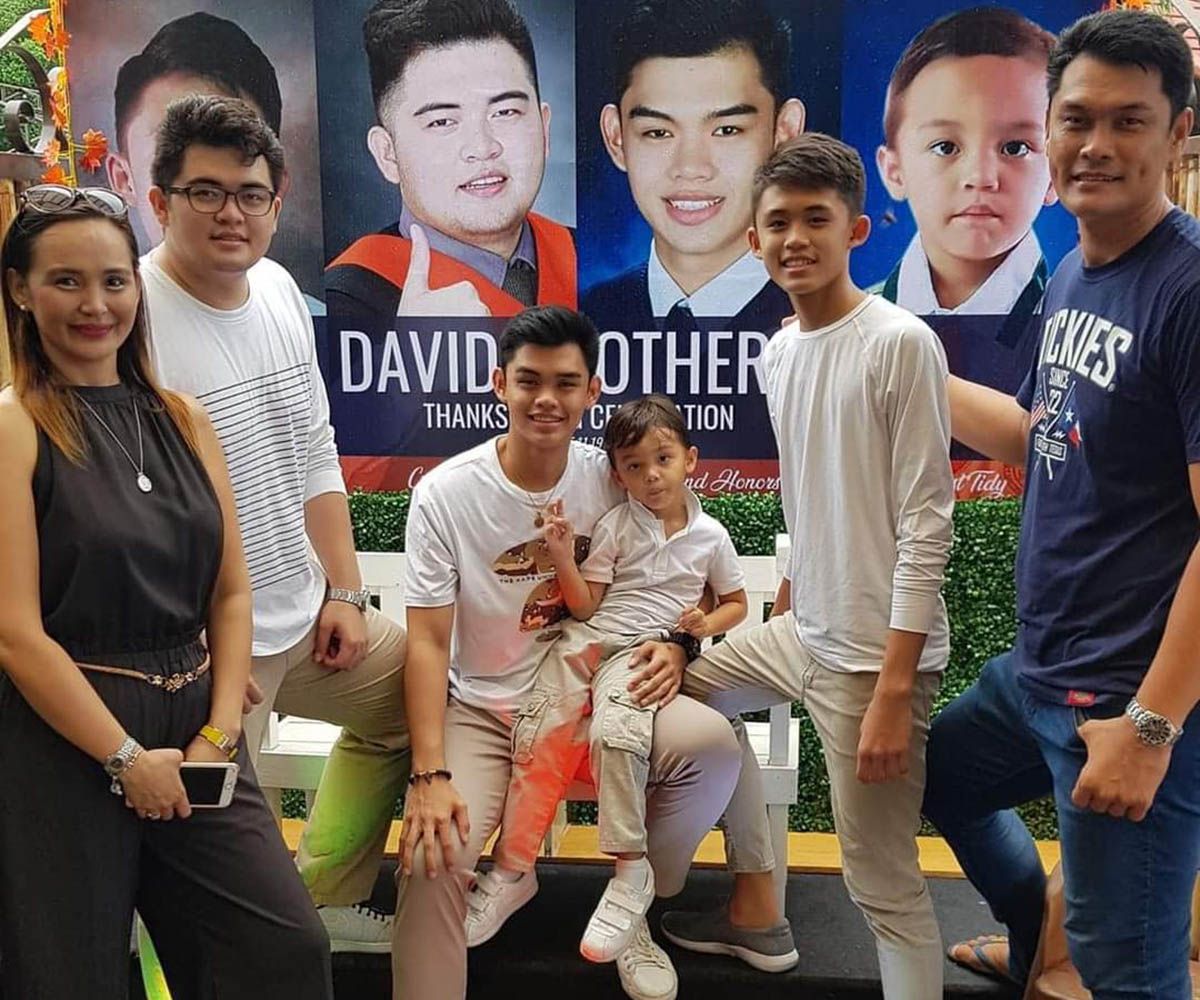 For the David family, however, good education is a priority. After all, didn't Long go through all the hassle of mopping floors and driving a tricycle after school hours to get a diploma?